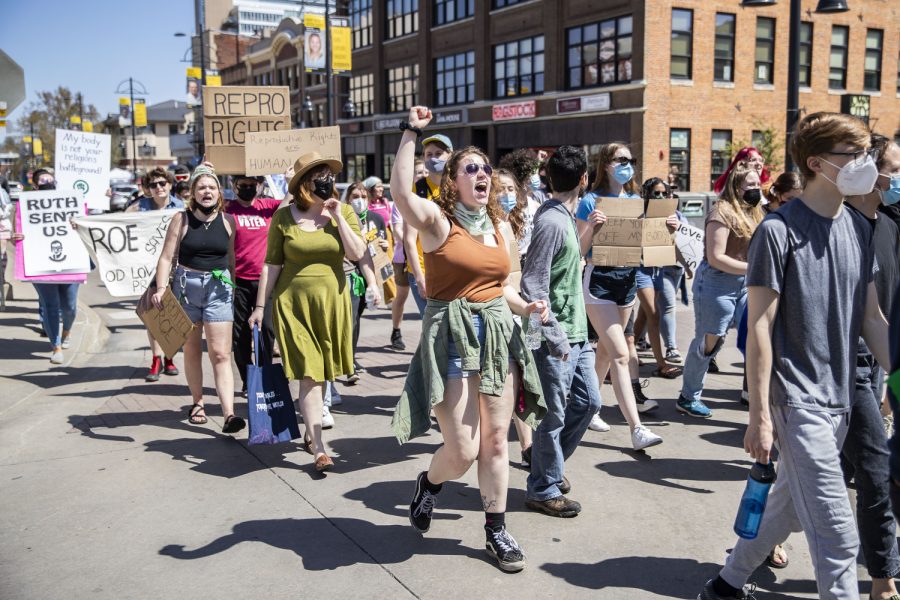 Attendees march on Washington Street during a march for abortion rights in Iowa City on Saturday, May 7, 2022.

Iowa City abortion-rights supporters held a rally on the Pentacrest and marched through downtown Iowa City on Saturday after the leaked draft of the U.S. Supreme Court opinion that would overturn Roe v. Wade.

About 150 attendees listened to speakers and held signs in support of abortion rights. “We fight for [Roe v. Wade] both for itself and as a bellwether of all rights that might be struck down by fanatical judges,” chair of the Emma Goldman Clinic board of directors Margaret Dressel said.

Another protest will be held on the Pentacrest Sunday at 1 p.m.