The Daily Iowan • May 4, 2022 • https://dailyiowan.com/2022/05/04/students-without-high-school-diplomas-experience-college-through-university-of-iowas-bucksbaum-early-entrance-academy/

Some Hawkeyes join their classes at the University of Iowa before they’ve earned a high school degree, offering a unique experience. 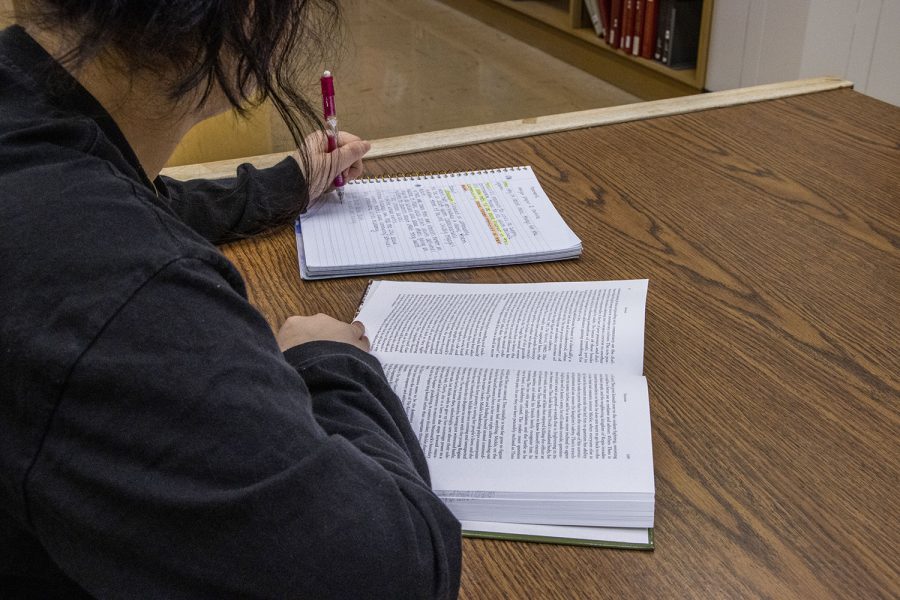 Elizabeth Clark skipped two years of high school, missing both her junior and senior years, to begin college at the University of Iowa as a 17-year-old.

Clark said she was completely ready to come to college and she integrated very well regardless of her lack of a high school diploma.

“Transitioning into college was a lot easier than I expected it to be,” she said.

She is a member of the University of Iowa’s early college acceptance program, Bucksbaum Early Acceptance Academy. The Bucksbaum Academy supports high-achieving students who decide to leave high school early and transition to being full-time college students, like Clark.

She lives on a selective floor of the Daum Residence Hall with other members of the academy as they integrate into college earlier than most traditional college students.

While Clark’s transition to college has been rather smooth this academic year, her departure from high school wasn’t as easy as she thought it would be.

Clark attended Ankeny High School in central Iowa, but will not be receiving her high school diploma. To attend college early, she had to drop out of high school completely, she said.

While Clark said this has not presented itself as an impediment, she wishes her high school would have worked with her to attain her degree instead of telling her credits weren’t applicable.

“High school is really limited on the way they think about college,” she said.

At the UI, one course covers the material of multiple high school courses, Clark said, and she believes taking college coursework should easily fulfill the credits she is missing from two years of high school.

Students who want admittance to the Bucksbaum Academy have to apply to both the UI and the early entrance program during high school.

Warren said the application to the academy is harder than the university’s application because the program staff needs to be confident that students have the academic skills to be successful at the college level without a high school diploma.

The application process also includes an interview with the student and their parents to get to know one another.

Warren said Bucksbaum Academy is a good option for students both academically and socially.

“Some students choose not to get high school degrees because they don’t need them, they are already on their college journey’s,” she said.

She said she didn’t want to live with regrets, so she jumped on the opportunity to come to college early.

“I don’t want to live my life knowing that I could’ve done more,” she said.

Liu said she likes the academy because the staff will advocate on the students’ behalf, and she knows the advisers are her number one supporters.

Warren said the academy helps students grow and achieve inside the classroom, but it also provides outside traditional classroom curriculum. All Bucksbaum students are also involved in the honors program and are more engaged than the average student, she said.

“There is no magic number that says this is the perfect age for students to go to college,” Warren said.