Democrats push to keep Iowa’s first in the nation status

The Iowa Democratic Party is open to changing the caucus process to be more accessible, but does not want to change to a primary. 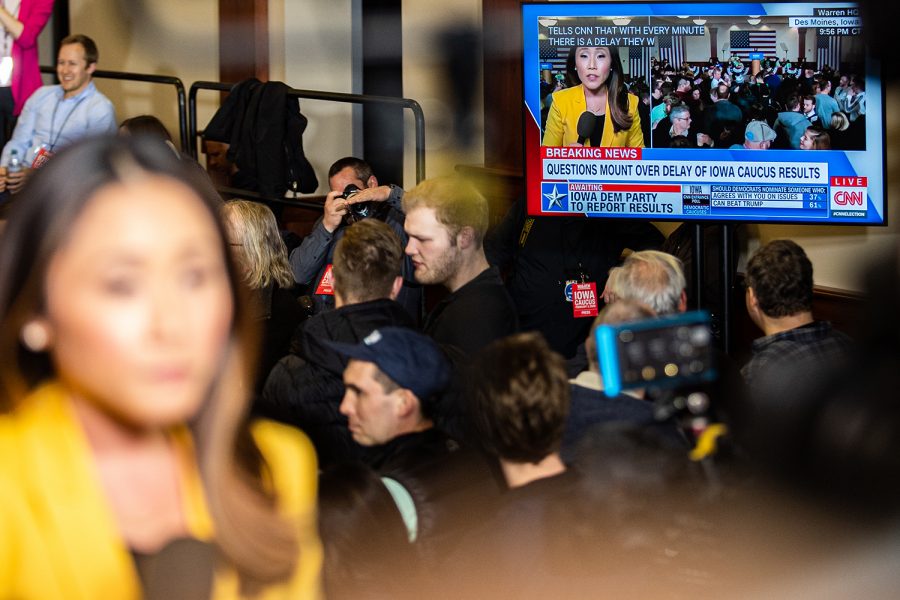 The Iowa Democratic Party submitted its letter of intent to the Democratic National Committee on Wednesday to begin the application process to keep Iowa’s caucus before other states’ caucuses and primaries.

“We are a small state and we provide the perfect opportunity for Democrats to rebuild their national brand within rural communities,” said Iowa Democratic Chair Ross Wilburn in a press call. “That’s why it’s critical that Iowa continues to have a voice in the Presidential nominating process so that candidates can meaningfully connect with a grassroots infrastructure that includes working families and a diversifying rural America.”

Wilburn said Iowa Democrats will continue to make changes to make the caucuses more straightforward and accessible, but that the party wants to keep the format as a caucus and not change to a primary.

“It’s important to us to continue to evolve Iowa’s caucuses so that as many people as possible can participate in this proud tradition,” Wilburn said.

The DNC Rules and Bylaws Committee voted to strip the first four states in the presidential nominating calendar of their guaranteed spots. The party’s new policy allows states to apply for exemptions to hold their primary or caucuses before the first Tuesday in March, the official start of the primary window, as previously reported by The Daily Iowan. Currently, Iowa, New Hampshire, Nevada, and South Carolina are the first four states on the road to the presidential nomination.

Scott Brennan, Iowa’s representative on the DNC Rules and Bylaws Committee, said some potential changes could include getting rid of realignment, reconsidering the 15% threshold, and bringing back non-present participation.

Brennan said the Iowa Democrats will formally apply next month, and give a presentation to the full DNC Rules and Bylaws Committee in June.

The GOP has affirmed Iowa will keep its first in the nation status on the Republican side. In a press call in April, Iowa GOP Chair Jeff Kaufmann said he hopes the Democrats keep their position to keep the two parties running on the same schedule.

“I am so proud that Iowa is going to continue to lead with the first in the nation caucus,” said Republican Gov. Kim Reynolds in the April press call. “It’s incredible news for Iowa and really, the ability of voters to better presidential candidates and not just our big donors are the influencers on the east and the west coast.”