The University of Iowa’s 2022-27 strategic plan has been in the works for over a year, and will soon be finished. 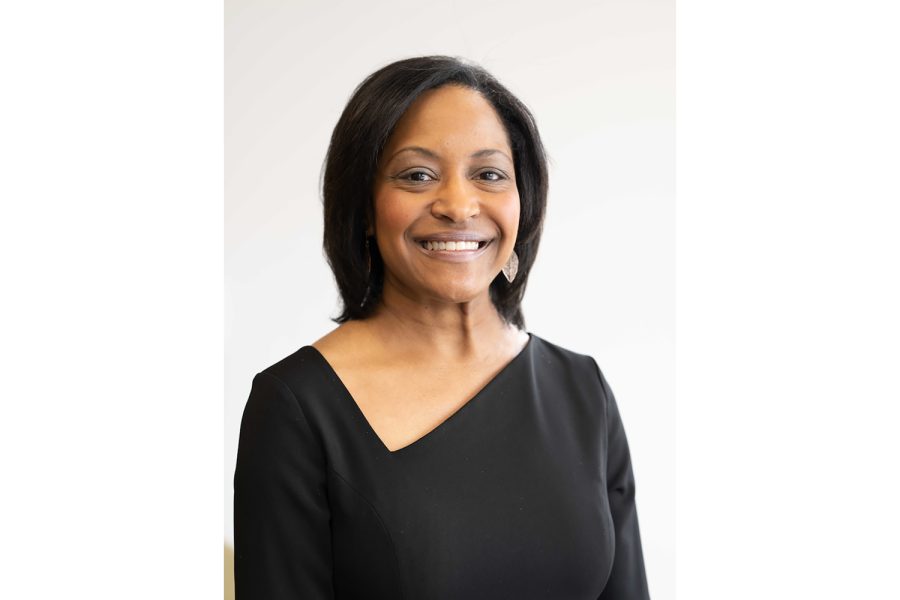 Contributed photo of Liz Tovar, executive officer and associate vice president of the Division of Diversity, Equity, and Inclusion, and lead of the diversity, equity, and inclusion team.

The University of Iowa’s 2022-27 strategic plan is nearly complete after the project began in March 2021. It will be finalized and presented to the state Board of Regents next month.

The university is currently receiving feedback on the draft plan’s strategies, critical tasks, and metrics solicited from campus after it submitted the draft to the regents in March.

According to the university’s strategic plan website, the plan outlines the vision for the coming years to make the UI a “destination university.”

In an April 20 interview with The Daily Iowan, UI President Barbara Wilson said the writing of the strategic plan is going well, with lots of opportunities for input and voices on the project.

“I can’t even tell you how many groups have been involved in this project, because it started before I got here, but there have been lots of groups around each of the different areas and working constantly,” Wilson said. “And then also holding sessions with other stakeholders to make sure we’re representing a lot of voices in the plan.”

Wilson said the draft of the plan focuses on the main goals of the university: student success, learning and teaching, well-being and success, and transformative societal impact.

The addition of the well-being and success initiative is something Wilson loves, she said. She added that the inclusion of transformative societal impact is important for remembering the university’s bigger impact.

“We can’t ever lose sight of the fact that we’re a public university, and that we’re partly supported by the state. Our role is to be an engine of good things in the state,” Wilson said. “That pillar really reminds us of our commitment to being a great public institution in the state of Iowa and in the Midwest.”

Wilson said she is very supportive of where the university and the strategic plan are headed, but the plan will only work if it motivates lots of people to want to work on it.

“The good news about this is, if it’s really truly a working document, people are already behind it because they’ve been involved in it and they’re excited by it,” she said. “It’s going to drive us to work together to even greater levels of excellence.”

During the strategic plan drafting process, a strategy team and four developmental teams were created to:

“The membership of the DEI Development team consisted of individuals representing deans, faculty, staff, and students appointed in consultation with their respective governing bodies,” she wrote. “We tried selecting a diverse group representing critical areas of our campus that are moving the needle in the DEI space.”

As the lead, Tovar wrote that she ensured that those with the best knowledge in the DEI space could provide their voice. She also worked with communications and strategy teams to ensure alignment with campus feedback, needs, and other strategic plan pillars.

“We helped guide the development team groups and set/manage expectations while staying on the institution’s timeline,” she wrote.

Tovar wrote that it was important for the team to understand the strategic plan themes from the various central and collegiate units.

“Our statistics and data liaisons helped us know where some gaps or areas need improvement. I genuinely feel the diversity of our team led to an innovative approach to setting a new standard of DEI work over the next five years,” Tovar wrote.

Throughout the team’s time together, members split into subgroups that met with stakeholders and provided a draft of the most critical themes from those meetings. The groups included:

The DEI Team wanted to draft a plan that could address specific needs and gaps of campus and be flexible and actionable, Tovar wrote.

“We began by setting a goal of developing one to three goals per subgroup with objectives and tactics,” she wrote. “As our discussions progressed, we determined that if we achieved a proactive, cultural change throughout campus by embedding the ideals of respect for each other and a focus on inclusion, we could make substantial progress over the next five years.”

“This time DEI is infused throughout and not thought of as a separate element,” she wrote. “You can see aspects of our work in each of the five key priorities and the mission and values of the university.”

Tanya Uden-Holman, associate provost for Undergraduate Education and co-leader of the team with Amanda Thein and Angie Reams, wrote in an email to the DI that the team began meeting at the end of the spring 2021 semester and met throughout the summer and fall 2021.

“During that time, we engaged in discussions about student success priorities and reviewed the collegiate and central unit strategic plans to pull through student success ideas that could be explored or implemented at the institutional level,” she wrote.

The team participated in listening sessions, key informant meetings, and focus groups to learn about areas of success and opportunities for improvement. This resulted in a drafted student success plan submitted to the strategy team that included goals and strategies around facilitating growth in teaching and learning and supporting mental health and basic needs, Uden-Holman wrote.

A writing team integrated content from all four development teams to produce a cohesive draft that spans the five overarching goal areas, Uden-Holman wrote, with student success aspects woven throughout the goals:

The Student Success Team wanted to create a plan that would facilitate the success of all students in their academic and professional goals, while also providing holistic support and fostering a sense of community and belonging, Uden-Holman wrote.

“We recognize the impact that the pandemic has had on students, and this planning context was critical in exploring ways we can provide support and connect students to the unique learning opportunities and communities at UI,” she wrote. “We also recognize the need to weave diversity, equity, and inclusion throughout our efforts.”

Overall, Uden-Holman wrote that student success is foundational to what the UI is as an institution and was an important aspect of the strategic plan.

“What became even more apparent during feedback sessions last year was the high level of commitment and care our faculty and staff dedicate to supporting our students,” she wrote.
UI Research and Discovery Development Team
University students and faculty were also able to connect on the Research and Discovery Development Team. Edith Parker, dean of the College of Public Health and lead of the team, said she wanted staff and student representatives who were involved in research and discovery.

“We worked through shared governance to identify folks and then we wanted to make sure that we had the different college’s disciplines, not one from each but sort of major ones,” she said.

Parker said the team was working to advance and enhance discovery and knowledge at the university.

“If you think about it, [the] University of Iowa is unique in that we have such amazing faculty doing research and discovery in the arts, be it dance, the visual arts, creative writing,” Parker said. “We also have very strong health sciences, biomedical public health, dentistry, nursing, psychology, chemistry … That’s the strategic plan, to make us even stronger in all of these areas.”

Like the DEI and Student Success teams, the Research and Discovery Team broke into subgroups to tackle different aspects of the strategic plan, including:

The groups met with around 20 to 25 focus groups and conducted key informant interviews with people across campus to receive their input, Parker said.

The group wants to build on the UI’s reputation for excellence in research and bolster areas of distinction, she said. Additionally, it wants to continue supporting the university’s culture of creativity and innovation, and interdisciplinary collaboration on campus.

“We want to make sure that we have that critical infrastructure to enable and support our research, and then we want to support efforts to increase involvement of students at all levels of research and creative work,” Parker said.

Parker said she was pleased with the outcome of her team’s work alongside co-lead Joshua Weiner and thinks it important to let research have a voice in the plan, along with focusing on more opportunities and promotions for student success in research.

Geist said the team did not come in with any specific goals, and instead looked at what was needed as a campus to support faculty and staff.

At their meetings, the team looked at collegiate plans for references in supporting faculty and staff, campus data such as the Working at Iowa surveys, and campus climate surveys.

“We were still in the pandemic, so we were looking at things around wellbeing, but also wanted to make sure we were encompassing things like recruitment, retention, career advancement, and campus infrastructure,” Geist said.

The Faculty and Student Success Team split into three subgroups, Geist said, that helped the group be more efficient in the long run as it allowed people to choose where they wanted to spend their time: culture, institutional resources, and recruitment and retention.

“It also meant that we, as a group, we could get more done because the subgroups would meet independently, and then bring their findings back to the larger group,” she said. “It made more progress that way, so we’d be talking about fully formed ideas and be able to use the bigger group as a sounding board, and then let the smaller groups do other kinds of things.”

The team ultimately contributed its ideas about recruitment and retention, infrastructure, and wellbeing to the strategic plan, Geist said.

Geist said the team was able to incorporate the needs of the faculty into the strategic plan.

“We needed to ensure that their voices were heard, that we were looking at the people who were there after the students leave, both faculty and staff, and make sure that we were creating an environment that continued to attract strong, talented people to then be able to support our educational mission,” she said.