After halting programming because of COVID-19, the University of Iowa Black Student Union returned to virtual and in-person events in the spring 2022 semester. 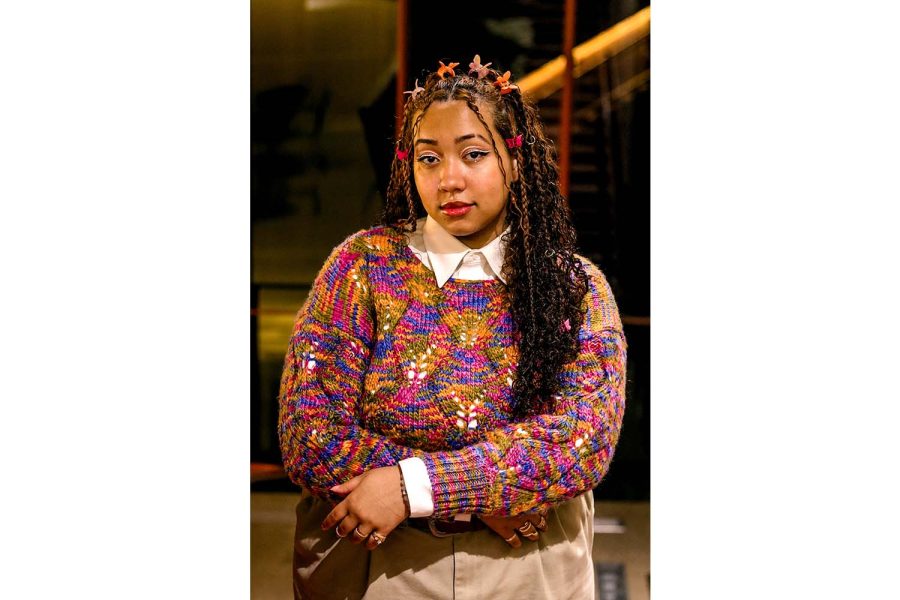 To create unity through academic excellence and cultural involvement, the University of Iowa Black Student Union or BSU, returned to campus this semester after a hiatus caused by COVID-19.

Darius Christiansen, UI third-year student and BSU vice president, said the biggest challenge the organization faced in its return was finding its way among other Black organizations that had already planned many events throughout the year.

“Also, we had to find a way to make sure that the BSU was still for the people, while also dealing with the effects of COVID-19, and without being able to have a lot of in-person meetings,” Christiansen said.

BSU hosted multiple general body meetings over Zoom throughout the spring 2022 semester and recently held its first in-person event — an End of the Year Cookout at City Park on April 23.

Afro House Coordinator Shalisa Gladney supported BSU’s student leaders through the process of restarting the organization this semester, with the help of a succession document created by Arika Allen, former BSU president.

Figuring out the best plan of action in the extensive process of reactivating BSU was an obstacle for the organization, Gladney said.

“I think, originally, it was just trying to figure out what steps to take first, or how I could support the students in getting it restarted,” Gladney said. “But I think, honestly, once the students were involved and interested, things went pretty seamlessly.”

Christiansen said BSU aims to bring newer and younger voices onto the executive board to “show them the ropes” of leading the organization.

“We were really focusing on making sure that the youth of the University of Iowa were able to speak and have a voice in BSU, because they are going to be the ones that are going to eventually lead the Black community once we’re gone,” Christiansen said.

The executive board of BSU is finding ways to hit the ground running next semester, he said, after reintroducing itself to the campus this spring.

Partnerships with the Afro House, creating podcasts, and hosting events at the beginning of the semester are some of the BSU’s many goals, Christiansen said.

“Also, just making sure that the community is helping local Black organizations and local Black businesses because that’s the main thing BSU has always done since I was a freshman,” Christiansen said.

BSU’s collaborations with local Black businesses have already started. The organization partnered with Iowa City restaurant Mama’s Chicken and Fish for a fundraiser in April to raise money for the End of the Year Cookout.

With only a short period for event organizing this year, BSU couldn’t host its annual BSU Gala. The Gala is a Homecoming event, where Black students can wear black-tie attire and vote for the Gala’s king and queen.

UI third-year student and BSU Secretary Lily Hester said the organization aims to celebrate Black joy in the upcoming school year, including through a return of the Gala.

“I think BSU not having a presence was very strange,” Hester said. “And so, we want to have a big gala, where we can all get dressed up again and stuff like that and just, like, celebrating our presence on campus.”