Nathan Polancyak knew he was making history when he became the first man on the University of Iowa dance team, but reflecting on his first year, he prefers to be seen as a whole with the group, celebrating what it has accomplished together. 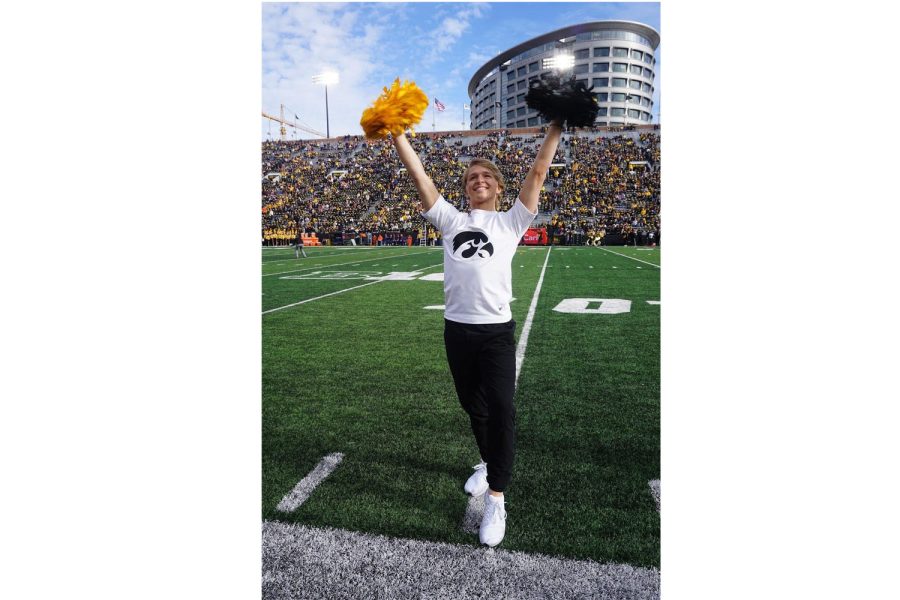 Nathan Polancyak was sitting in his living room, surrounded by friends and family, when he found out he was making University of Iowa history by becoming the first man on the dance team.

“I wasn’t supposed to tell anyone, but I didn’t see that part of the email before I already screamed out to everyone ‘I made the team,’” Polancyak said. “Then we all jumped around and celebrated and it was super fun.”

Dance is the only thing that Polancyak has instantly fallen in love with, he said. His love for the UI, however, didn’t occur until he had his first visit.

The freshman from St. Louis was on his high school dance team, but was still nervous before trying out for the UI’s team, which initiated a new form of tryouts the year he took part.

During round one, Polancyak and his fellow team members sent in videos of their technique and skill. Following their acceptance into round two, they had to create a video performing one of the current dance team’s sideline performances.

As the first man on the team, Polancyak understands that he’s made history, but he said he doesn’t like to look at it that way. He wants everyone to see the team as a unit, rather than the dance team girls and a dance team boy.

“I just want it to be the dance team,” Polancyak said. “I would rather focus on celebrating the team and what we did together instead of what my accomplishments were personally.”

Along with dancing at home football, basketball, and volleyball games, the team spent the year preparing for the most important event of their season: UDA Nationals.

In January, Polancyak and the rest of the dance team placed eighth in its pom routine, 14th in jazz, and third in the nation for its game day routine.

Performing at nationals was a day to remember, Polancyak said — not just because of the team’s accomplishments.

Every dancer’s nightmare occurred during the fight-song portion of the team’s game-day routine — the music cut out.

“We all had to put our minds together and count the rest of the routine out, so we could finish it the way it’s supposed to be finished,” Polancyak said. “It just felt super amazing to come off the floor after the performance and be like, ‘Wow, we just did that.’”

Polancyak described his teammates as hard workers. His favorite part about being on the dance team at the UI is walking into practice every day and seeing everyone’s faces because he knows he is walking into a loving environment where everybody has the same goal.

Coming off a historic freshman year, Polancyak already has next year on his mind.

“I’m looking forward to keep moving up in where we are as a team. We have eight new girls next year,” Polancyak said. “It’s going to be an entirely different team dynamic and I’m super excited to see where that takes us.”