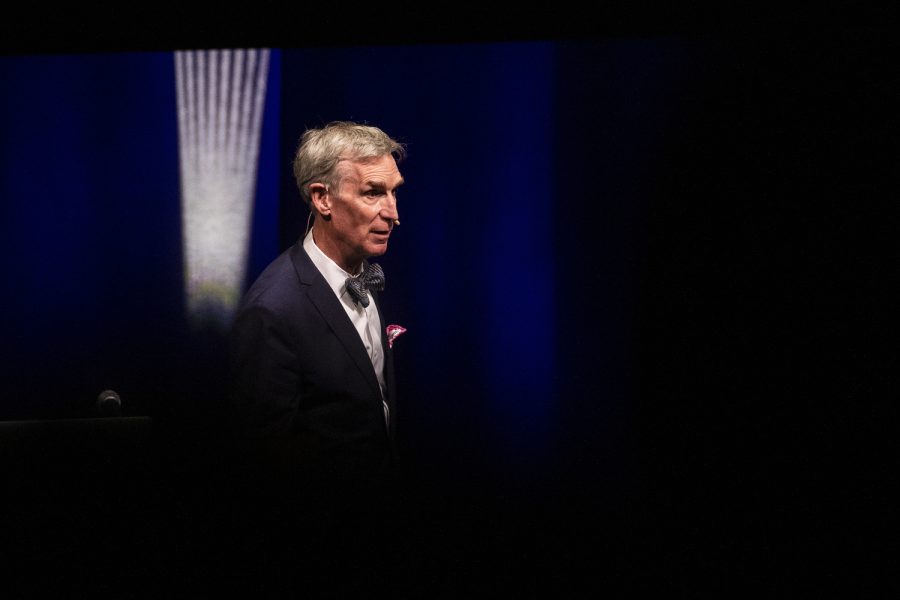 Bill Nye walks around the stage during a lecture held at Hancher Auditorium in Iowa City on Tuesday, April 26, 2022. Nye spoke about climate change.

TV Personality Bill Nye spoke at a lecture in Hancher Auditorium on Tuesday. Nye spoke to attendees about climate change and the planet Earth.

“Anyone who is in denial of climate change, find out if it’s based on the evidence or based on people they hate like me,” Nye said. Nye explained how to convince climate change deniers into believers. “Be patient. Present the evidence and let it sit.”

Nye was originally scheduled to speak in Iowa City on Sept. 27 but was postponed because of scheduling conflicts.

During the lecture, Nye emphasized bringing back critical thinking.

“When someone says that flood will never happen again, I want you to question that,” Nye said.

To solve climate change, Nye said one of the biggest solutions is to vote based on how candidates feel about climate change. “Vote,” Nye said. “Everyone vote.”