Opinion | We can better serve students during outbursts

With a policy reversal at Iowa City High, the Iowa City Community School District's troubling history reminds us of the abuse of seclusion rooms. 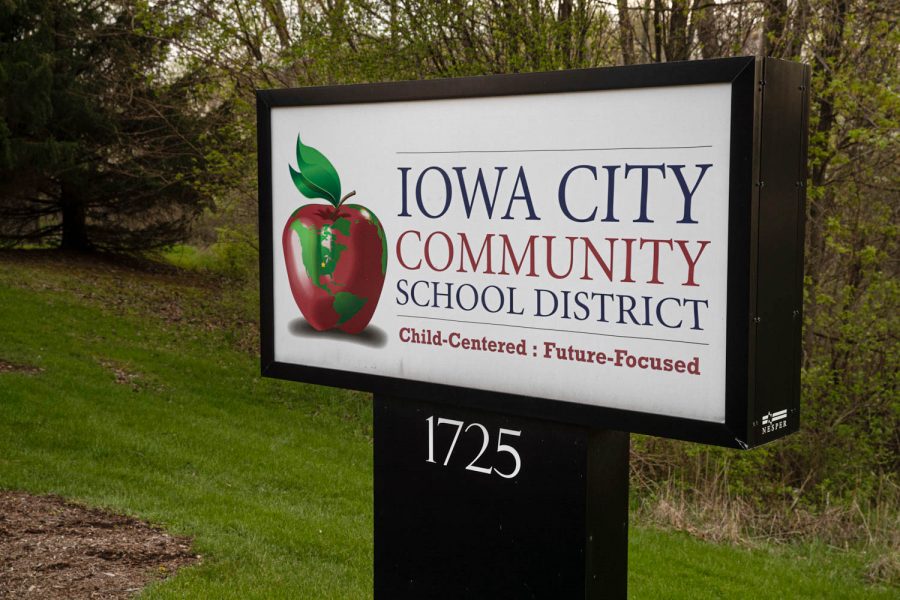 A sign for the Iowa City Community School District is seen outside the district's administration building on Tuesday, April 28.

The Iowa City Community School District Board of Education voted to reinstate seclusion rooms more than four years after the district committed to ending the practice.

Seclusion rooms in schools are a source of debate among those who argue the practice is harmful and others who believe it is necessary. But there would be less need for seclusion rooms if schools were better equipped.

In 2017, then Iowa City School District Superintendent Stephen Murley emailed parents to inform them that the district would discontinue the use of seclusion rooms.

But, less than five years after ending this practice, Iowa City High School plans to build a seclusion room in one classroom. The Iowa City school board voted to convert existing exercise, custodial, and laundry spaces into classrooms, including one with a seclusion room.

The new seclusion room will only be used if it is in a student’s IEP, and their parents have consented. This policy hopes to correct the district’s troubling history of seclusion rooms.

In 2017, the Iowa Department of Education ruled that the district had, in some cases, used seclusion rooms inappropriately. The six-by-six-foot wooden box was used in cases of minor behavioral issues. During this time, students could be placed in seclusion if there was a risk of “serious harm.” In 2021, the Iowa State Board of Education changed that standard to risk of “bodily injury.”

This ruling also shed light on how students of color are disproportionately punished. Federal data found 39 percent of students with IEPs put in seclusion in Iowa City schools were Black. Yet, the district only had a Black population of 19 percent.

This highlights the argument that many have against seclusion rooms: they are misused.

Unlike Iowa City High School, some schools do not limit seclusion rooms to students with IEPs. So, students acting up in the classroom could be subjected to a seclusion room. Statistics prove this is most common for students of color.

So, the question remains, what better alternative is there? Unfortunately, I don’t have a simple answer to that.

One thing we can all agree upon is that working in a classroom is hard. Iowa teachers and staff members are underpaid and often serve many students. It’s hard to imagine the stress they are under each day — even more so during a student’s outburst.

I worked one summer at a daycare, and each day I came home absolutely exhausted. While we did not have seclusion rooms, there were often outbursts so great that a child had to be restrained.

But the children who most experienced outbursts had underlying mental health issues, disabilities, or issues in their home life. The more we understood the child’s background, the better we were able to access their needs.

Grafton Health Network, an organization that serves people with behavioral issues in Virginia, ended its practice of seclusion rooms. It transitioned from a “control and compliance model” to an “understanding and prevention” model. From 2003-19, total staff injuries from students and other clients decreased by 64 percent.

I want to be clear that I don’t believe teachers and staff members are not doing enough. But, if schools and teachers were better equipped with resources — staffing, training, preventative tools, and social workers — maybe there would be less need for seclusion rooms.