Democratic Senate candidates contend for a place on the ballot

Iowa Democrats held a forum on Sunday where the three democratic senate candidates highlighted their strengths leading up to the primary election. 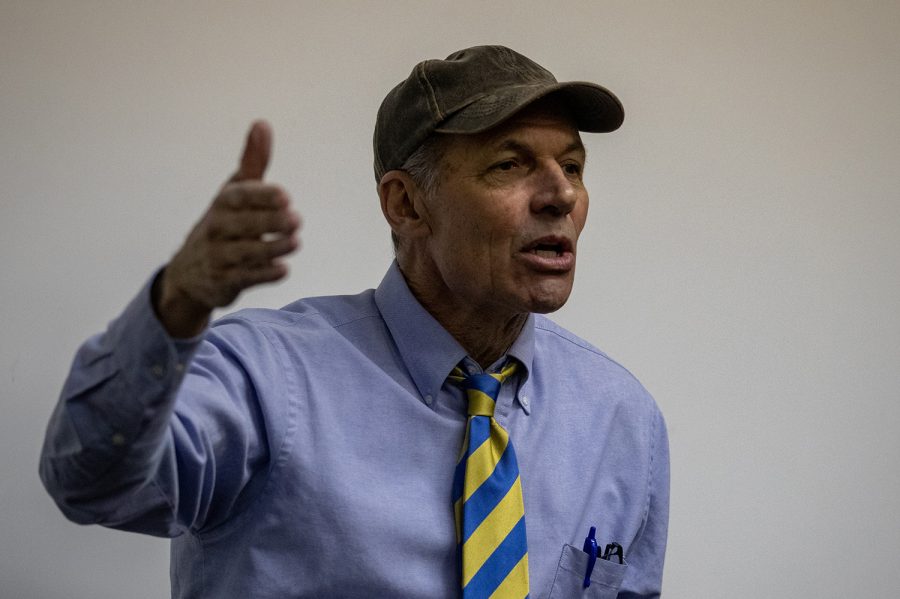 The three Democrats running to represent Iowa in the U.S Senate are rallying the state party with two months until the primary election as the state decides who will be the one to face Chuck Grassley in November.

Potluck Insurgency, a community-driven organization of Democrats, held a virtual forum with over 100 attendees Sunday evening where all three Democratic U.S. Senate candidates — Abby Finkenauer, Mike Franken, and Glenn Hurst — shared why they believe they should be the candidate to run against incumbent Sen. Chuck Grassley, R-Iowa.

Finkenauer said that her experience in statewide and national politics has prepared her for serving as a U.S. Senator. She represented District 99 in the House from 2015 to 2019. She then went on to serve one term in the U.S. House in Iowa’s 1st District from 2019 to 2020.

Finkenauer said that previous legislation regarding public education and health care has made her want to stand up for Iowans on a federal level and the Jan. 6 insurrection caused her to decide that now was the time to do so.

“We had to fight for our democracy and all of the misinformation that was out there. We had to fight back and when Chuck Grassley pushed misinformation about the election two months after that, after January 6 happened, I knew that that guy did not deserve to be reelected to the United States Senate and I was going to beat him,” Finkenauer said.

Franken said he will be a candidate who wins votes from Republican and independent voters as well as Democrats. He also said sending him to the Senate would bring Iowa notoriety, because as an retired Navy admiral, he would be the highest ranking military officer ever elected to the U.S. Senate.

“Just like the qualities that make you from a success to an admiral, the qualities for elected office are the same,” Franken said.

Glenn Hurst, a rural doctor, said the Democratic Senate candidate needs to be very ideologically different from Grassley. As a more progressive Democrat, he said that he would bring positive change to the state and party as a whole.

“If you look at the top of the ticket in our last four general elections, we’ve run candidates that have not excited Democrats to get out and vote…We couldn’t cross the finish line for them because we put forth Democrats that look more like moderates or Republicans than they look like solid Democrats,” Hurst said.

As of March 31, none of the Democratic candidates have yet to out-fundraise Grassley’s $4.6 million in cash on hand. Finkenauer has raised the most over the campaign cycle, with $3 million in total, but Franken led the pack in the first quarter of 2022.

The attendees of the forum were given an opportunity to ask questions and express concerns of their own. Many listed Iowa’s health care, economy, and education as primary issues.

The Democratic and Republican primaries will be on June 7. Grassley also faces a primary challenger in Republican Iowa Sen. Jim Carlin, but Grassley is expected to win the primary and face the Democratic nominee in the November 8 general election.