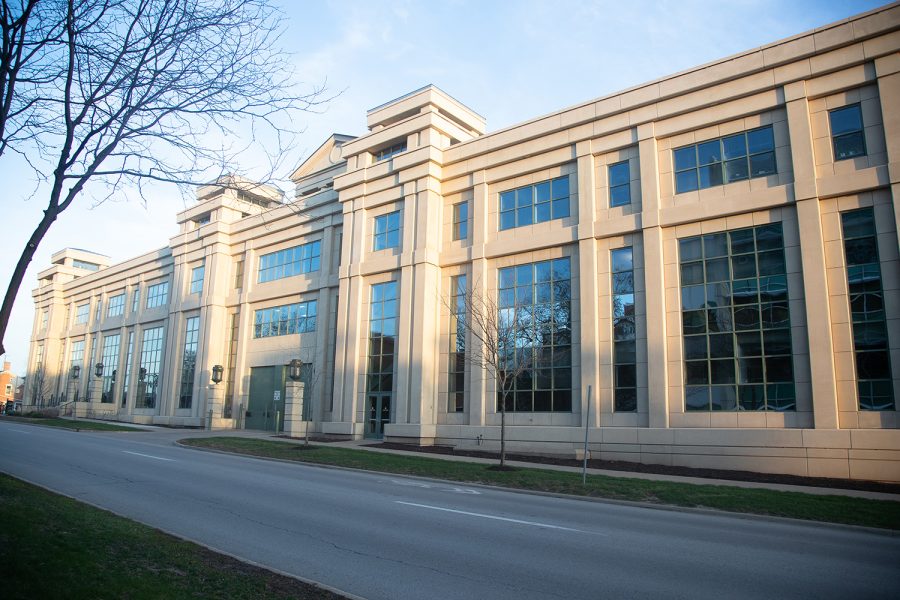 The University of Iowa Tippie College of Business is seen on Sunday, April 24, 2022.

University of Iowa Tippie College of Business researchers curated a study to see the effects of proactivity of employees while managing workplace rules and regulations.

Proactivity is a characteristic people want to have, said Jordan Nielsen, assistant professor of management at Purdue University, who joined the UI researchers at the business college.

After completing his doctorate at the UI, Nielsen partnered with Eean Crawford, UI associate professor of management and entrepreneurship. Together, they evaluated workplace stress and the effects it has on employee burnout and turnover in architecture companies in the Midwest.

“For a while, we’ve known that there are two basic kinds of stressors or demands in jobs,” Nielsen said.

“Challenge stressors provide you with the sense that this will be worthwhile,” Crawford said. “Job demands that are known as hindrances are obstacles that get in your way and block your progress.”

Crawford and Nielsen researched architectural companies around the Midwest. During the beginning stages, they teamed up with the Iowa chapter of the American Institute of Architects, and then eventually recruited other chapters, Nielsen said.

Nielsen said said the research team looked at Ohio, Indiana, Illinois, and Iowa for its study.

Crawford said the architecture industry is known for for being stressful. Architects work under tight deadlines, conflicting requests from customers and management, and make last-minute changes, he said.

UI Media Relations Specialist Tom Snee wrote in an Iowa Now article that Crawford and Nielsen surveyed 256 architects about their stress levels at work and asked if workers think their tasks are challenging or just a wasted effort.

The researchers also asked employees to mention if they planned to quit their job, Nielsen said.

“After a few years of working on this and being in the research process, we decided to go capture whether these people quit their jobs or not,” Nielsen said.

The results showed that some employees had stayed at their firm, and some had turned over, but it was predicted by the proactivity and the hindrance stressors of the job combined.

“Not only were the more proactive people more burnt out, it ended up leading to them leaving the organization, or they were more likely to,” he said.

Nielsen said challenge stressors include demands that provide the opportunity and allow employees to grow, whereas hindrance stressors are issues like red tape, hassles, office conflicts, and politics.

The more proactive employees saw workplace regulations, the less company support they felt, and they would leave the job, Snee wrote about the researchers’ findings.

Crawford and Nielsen evaluated more proactive people and how they deal with different kinds of stressors.

“There’s an embedded assumption about proactive people that proactive people are the type to persevere, work harder, take more initiative, overcome any odds, and basically that they’ll achieve no matter what,” Crawford said.