A community police review board run by members of the Iowa City City Council and consisting of at least one current or former police officer is not set up for change. 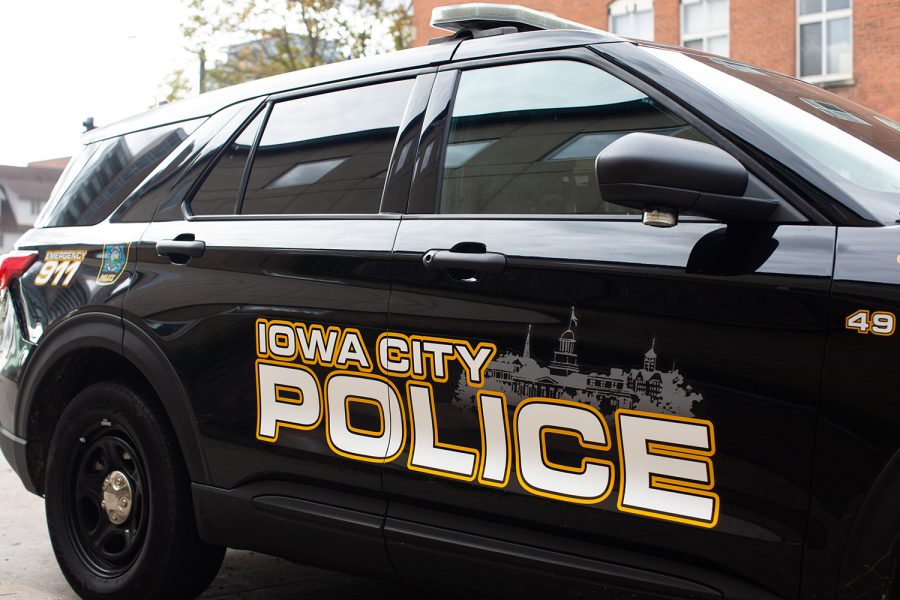 The first step to tangible change in Iowa City policing is not possible with the current Iowa City City Council, mayor, or Community Police Review Board system.

In theory, Community Police Review Boards, or CPRBs, are intended to be representative to ensure voices from all local populations are heard, decisions remain unbiased, and standards agreed upon by the community are equitably enforced.

In 2021, Iowa City Mayor Bruce Teague told the Cedar Rapids Gazette that police abolition in Iowa City is not something he is willing to consider. A majority of the Iowa City City Council members agree with this stance.

The exact reasoning behind City Council opposition to abolitionist work being a part of the Iowa City CPRB is unknown. Considering how expansive 2020 Iowa City protests calling for changes in policing were and if representation is the goal, abolitionists deserve a place at the table.

However, representation is often not the reality of CPRBs. Most citizen oversight mechanisms become co-opted by local police departments, and their ability to remain impartial when reviewing complaints is diminished by internal pressure to side with police in all cases.

Iowa City is not an idyllic haven for progressive thinking in the middle of a conservative state while often presented this way. Especially with current political actors in power, there is no foreseeable way to change this reality.

Based on comments made toward abolition ideology made in the last Iowa City City Council meeting on April 5, it seems the Iowa City CPRB is headed in the direction of police co-option and performative action.

Pauline Taylor, a City Council member, voiced concerns that appointing abolitionists to the CPRB would introduce bias to the process, as she imagined it hard to set aside personal feelings. Teague echoed these hesitations.

If the intent is to remove bias from the CPRB, one has to notice that both parties never mentioned any hesitation or objection to the long-standing requirement of appointing former or current peace officers to the board.

Two vacancies on the CPRB were discussed in the April 5 meeting, one position specifically for a “current or former peace officer,” as stated by Teague before individual applications were addressed.

Geoff Fruin, Iowa City’s city manager since 2016, elaborated on the intent of this qualification.

“It is not a hard requirement where one has to be a law enforcement officer,” Fruin said in the meeting. “It’s more of a general recognition that somebody that has either been in the profession or has exposure to the profession can bring a valuable perspective to the discussions that [the CPRB] has.”

Fruin also explained that the City Council always tried to have some peace officer or law enforcement representation on the CPRB.

Hearing this, I began to wonder if those serving on the council understand the true meaning of community-oriented policing and the purpose of CPRBs.

Unsurprisingly, the first applicant discussed for the open former or current peace officer position came from a military background. Many council members looked favorably upon this applicant’s background, besides an employment qualification that may make the candidate ineligible.

One has to ask: is the goal to militarize our local law enforcement agencies? In Iowa City, you might say so, considering this recent promotion of adding military experience to the CPRB and recent battles with the city’s police department over the use of armored ambush vehicles, mainly on residents of color in Johnson County.

For those still believing the “tough on crime” rhetoric that became popular during the Reagan administration, criminologists have proven militarized policing is negative for both the police and the communities they serve.

If building trust and reducing crime are policing goals, militarized policing and other lasting effects of 1930s-80s reform era policing is shown to do neither of these.

In an email I sent to City Council members following their April 5 meeting, I highlighted the history of policing and its relevance to CPRBs:

There was a time before police, a time when police were largely corrupt and controlled by politicians, a time when policing was militarized and officers were taught to be crime fighters, and there is now a time when the main goal of police is to build mutual trust and community relationships.

One must acknowledge that the existence of CPRBs as well as abolitionist philosophy are a part of this evolution. To dismiss a section of the community because of a disagreement in ideology is not only biased, but also hinders progress.

Not everyone views CPRBs as positive progressive action. Concerns about citizen misunderstanding of police work, the review process being unfair, and the idea that citizens do not have the right to manage police departments have all been noted across U.S. communities, according to the U.S. Department of Justice.

Modern abolition is not widely understood for its purpose of outlining a set of steps toward removing punitive goals of the criminal-justice system. As an abolitionist, the goals of abolition fall in line perfectly with a catchphrase police love to use as a show of their good intentions: protect and serve.

Police may be viewed as central to society from one political perspective and a corrupt form of dictatorship on the other. However, CPRBs are not political entities.

No matter which side of the aisle you feel most comfortable with, racialized policing, exaggerated use of force, and other potential lethal law enforcement tactics have never had a place in the criminal justice system.

If the City Council is actually committed to change and not placating Iowa City residents through shows of ineffective policy and board creation, then it is a public service obligation to immediately include an abolitionist on the CPRB.