Opinion | Stop traveling to Hawaii, tourism is not sustainable

Native Hawaiians are asking people to consider not traveling to the islands for a variety of justice concerns, including cultural and environmental stability. 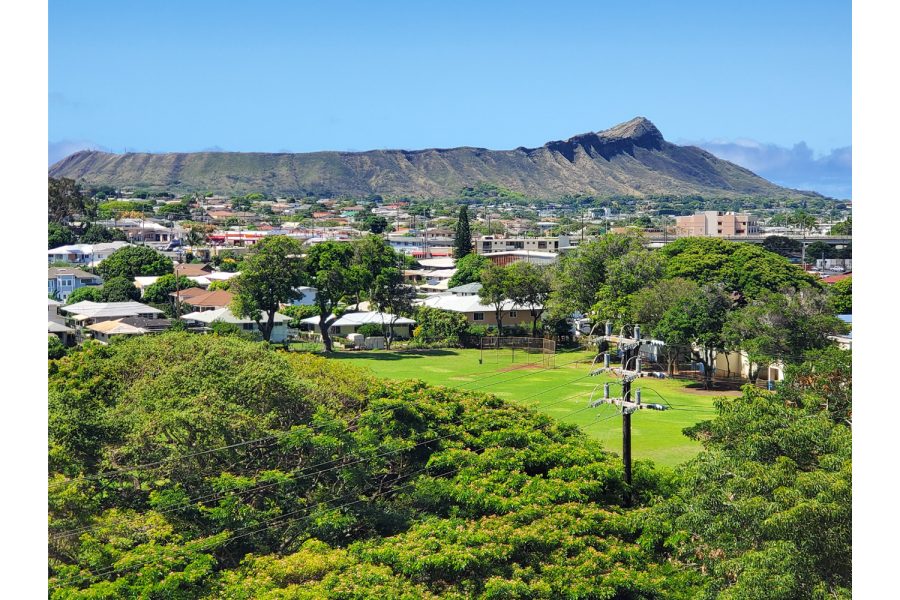 When people demand rights to their ancestral lands and safe environments, visitors have an obligation to listen, even if that means staying away.

Heavy tourism has economic positives for popular destinations, but also negatives for cultural and environmental preservation.

While these factors are debated, the most important consideration when deciding if it is ethical or sustainable to travel to a tourist destination is too often left out of the discussion: local opinion of tourist activity.

As their state is often overwhelmed with tourist groups, Native Hawaiians have expressed frustration with the tourism industry since at least the 1990s.

Whether for internships or other business, personal travel, or even short-term cultural experiences, there are an estimated 1.4 billion tourists each year across the world. This equals about 45 tourists arriving to their destination each second. Not all popular tourist sites are viewing this constant influx of visitors as a positive in 2022.

In summer 2019, I took a risk, packed a suitcase, and jumped on a plane to Honolulu, Hawaii. A consistently warm climate, a greater range of majors at the local university, and the amount of diversity in the local population all enticed me.

However, my intention to stay for the rest of my college education turned into a few short months as I quickly learned how expensive coastal living was.

I had also come to realize that Hawaii — as much as I loved the state and its people — was never meant for me.

In July 2019, a group of Native Hawaiian elders were arrested for protesting the building of a federally-funded government telescope on the top of Mauna Kea, Hawaii’s tallest mountain that is considered sacred ground in Native Hawaiian culture.

This movement started an island-wide resistance among local and Native Hawaiians living elsewhere to demand rights to their land and embrace cultural pride.

“There is an inherent problem in tourism of objectifying the places to which we travel…[b]ut those places have people in them, locals whose lives are intertwined with the environment [tourists enjoy], and who are often reliant on the tourists for their livelihood,” researcher Christopher Riendeau commented on the intersection between tourism and colonialist practices.

In 2019, around seven million visitors came to Hawaii. Oahu is the most densely populated and has the most visitors out of the Hawaiian Islands. It is important to remember that while the population on Oahu is well above 800,000 people without tourists, the island itself is less than 600 square miles.

In the U.S., we are told tourism saves local peoples — usually Indigenous groups — through economic highs and cultural understanding. The real benefits of tourism for host populations only exists if they get to maintain control over tourism practices and frequency.

Recently, Hawaii has begun to make changes to its tourist practices in order to better preserve the island.

Some pre-pandemic free beaches and hiking areas on the islands are now only accessible through reservation. Similarly, certain areas will now be closed a few times a week to ensure the natural ecosystems can have time to heal and thrive.

When Hawaii was fairly locked down in 2020 and 2021, locals were saddened to see tourists breaking safety protocols including mask-wearing and quarantine regulations. The Native Hawaiian population has been disproportionately and widely affected by several disease epidemics throughout time including this recent pandemic.

Despite being 4 percent of Hawaii’s population, 30 percent of positive COVID-19 patients were Native Hawaiian as of August 2020.

On top of state government mandates to protect the environment, Native Hawaiians are asking for dreams of Hawaiian vacations to cease.

There were many wonderful things about living on Oahu, but after a few weeks of living there, the allure of “paradise” began to wear off.

In 2020, almost 6,500 unhoused people were reported to be living on the islands. It was hard to relax on the beach all weekend knowing that, once the sun set, the beaches would become someone’s bed.

Many members of the homeless population are those chronically without places to stay. People struggling due to lack of social resources intermixed among the middle and upper classes only worried about finding the best beachfront view so poignantly exemplified the class struggles in the U.S. today that it became sickening to watch the planes roll in and out of the island.

Another source of social strain are the five unwelcomed military bases, of which one was recently the cause of mass water pollution affecting many locals. The history of military abuses that have largely affected Native Hawaiians resulted in a call for the removal of military personnel in 2021.

This is not to say that my time in Hawaii was entirely negative. I spent most days as a student on the University of Hawaii at Manoa campus, which is built to support native plants, the mix of city life and peaceful nature is something I have yet to discover here on the mainland.

The UH Manoa student population was more diverse than anything I had experienced in Iowa public secondary school and, at the time, one year on the Luther College campus. For once, I was surrounded by other students with brown skin and curvy figures. Hawaiian culture embraces food and family, something reminiscent of the Arab culture I was raised in.

Most importantly, I felt like I belonged, something that had never quite clicked for me in Iowa, the state where I was born and raised.

With its palm trees, mix of sandy and rocky beaches, and welcoming Aloha spirit, it is understandable why many students, families, and individuals would flock in mass to the beautiful islands.

To maintain their beauty for generations to come, tourists must remember their responsibility to respect Native Hawaiian and local wishes. Protecting the environment, preservation of culture, and knowing when to stay away for the sake of the local community is the ultimate show of care and social consciousness in tourism.