Opinion | Business in the newsroom, and what that means for you

It is imperative that people diversify their news consumption as more news sources fall into the hands of large corporations. 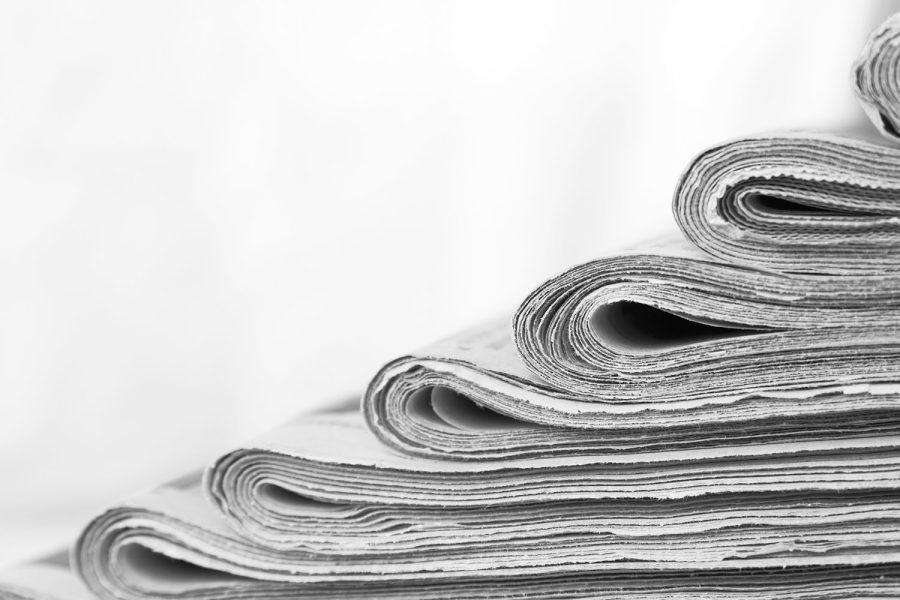 The free press is essential to democracy. The U.S. has a large news industry, unlike many other countries where the government has a strong grip on news production. However, many news organizations are now in the hands of just a few individuals.

Business has always been a part of the news industry, but now, many news organizations function much like a business rather than a newsroom. As a result, stories are published for profit, rather than for the public interest. Consumers should be aware of the business practices of the news industry and consume news from a diverse range of platforms.

The newspaper industry has suffered in the 21st century. Since 2004, more than one in five local newspapers in the U.S. have closed.

But this is not due to decline in public interest. Because more people turn to the internet for news, fewer people seek newspapers. As a result, advertising sales, the main source of funding for most newspapers, declined.

It can be debated whether the print industry is doomed, but that should not be the primary concern. After all, the news industry has simply changed with the times.

What we should be concerned about is who operates the news industry now.

In the U.S., eight media giants control 818 broadcast stations and their digital counterparts.

The trend has been especially prevalent throughout the pandemic, as hedge funds and financial groups have bought out struggling newspapers. In fact, it is estimated that half of all daily newspapers in the U.S. are now owned by hedge funds and other financial firms.

In May 2021, the Chicago Tribune was purchased by the New York-based hedge fund, Alden Capital Global, for $63 million.

Other large digital and print publications like The New York Post, The Washington Post, Newsweek, and U.S. News and World Report are owned by large corporations and billionaires, like Jeff Bezos and Rupert Murdoch.

With more news stations and newspapers falling into the hands of corporations, their priorities are shifted. Rather than covering unglamorous issues like local stories, public affairs and international issues, these new stations will cover issues that attract consumer attention and interest.

As a result, news typically looks and sounds the same. This is not the fault of journalists, as published content is typically beyond their control. Rather, this is a result of the digital age, and consumers need to be aware of issues.

It seems near impossible to turn back the clock and reopen closed newspapers. But there are solutions to better promote public interest in the news industry.

Diversity in media consumption is one solution. As large corporations own most of the news industry, turning to smaller news outlets for information promotes their mission and values.

Independent operations do not fall under a corporation. In eastern Iowa, we are fortunate to have independent newspapers like The Cedar Rapids Gazette and The Daily Iowan.

Navigating the changing news industry is hard, and it is still OK to fall back on larger news outlets. Personally, I have no intentions of canceling my New York Times subscription anytime soon.

But as the news industry changes, everyone must make an effort to strategically consume their news content. That includes reading stories that are unglamorous and serious, seeking stories that large news industries are not covering, and supporting local journalism and independent media.