While the Iowa Department of Natural Resources detected harmful forever chemicals in the water supply of 12 cities, Iowa City was not one of the cities named. 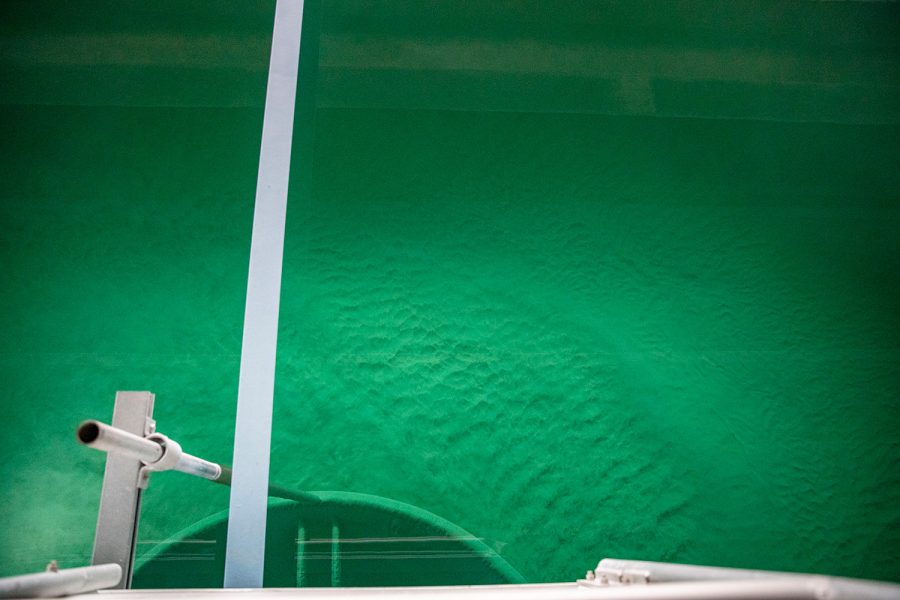 Per- and polyfluoroalkyl substances (PFAS), also known as “forever chemicals,” were detected in the water supply of 12 Iowa cities, not including Iowa City, according to the latest details of a report from the Iowa Department of Natural Resources.

Iowa water experts are now looking for ways to combat them.

PFAS pose multiple health risks that are found in the bodies of 99 percent of Americans, and are unregulated in the state of Iowa.

The 12 cities PFAS were found in have a combined population of over 400,000 Iowans.

David Cwiertny, University of Iowa professor of civil and environmental engineering and director of the Center for Health Effects of Environmental Contamination, said the main way to combat PFAS lies in the filtration process.

Activated carbon and a membrane filtration system called reverse osmosis, the process to remove salt from seawater, are the two main filtration methods used to get rid of PFAS, Cwiertny said.

He said these processes can lower the amount of PFAS to an undetectable level, but still might not be perfect.

“We strive for transparency and everything we do,” Durst said. “In terms of what we do, we’re vigilant. And we’re committed to providing a high-quality product.”

Durst said if PFAS exceeding permissible levels were to be found in an Iowa City water source, the water division would test the river and wells and halt the use of any source containing high levels of PFAS.

Like most cities, Iowa City follows the EPA standard for PFAS in drinking water.

Cwiertny said it is a mistake how timidly Iowa lawmakers have tackled the issue of PFAS.

According to the EPA, PFAS can cause:

Cwiertny said he’s unsure if Iowa is better off than most states because people don’t know enough about the chemicals.

“I just think it’s too early to say what the story will be here in Iowa,” he said.

Lyle Hammes, City of Ames water plant superintendent, said now that PFAS were found in the city’s water, the plant has tested its wells to get a better picture of what the situation is.

The Iowa Department of Natural Resources detected nine parts per trillion in the Ames water supply.

Hammes said the PFAS total is the worst in a well near a former firefighter training facility, sitting at 38 parts per trillion. Foams found in fire extinguishers are a common source of PFAS, Hammes said.

“There was another well in that general location and actually some Iowa State wells that we don’t use, even closer to it,” he said. “We’re actually sampling those also, so we’re not just sampling city wells, we’re sampling a couple of Iowa State wells.”

Hammes said if the Ames water supply turns out to be worse than expected, he’s confident that the City of Ames would provide the funding needed to make changes.

“Water is one potential source of [PFAS],” he said. “But there are a lot of other sources that I’m reading about that can be much larger contributors to the issue than even water. However, we’re going to do our part to make sure it’s not an issue.”