Musicians Barbie Johnson and Tom Grubb of Cedar Rapids will bring their cover specialty to the Vue this weekend. 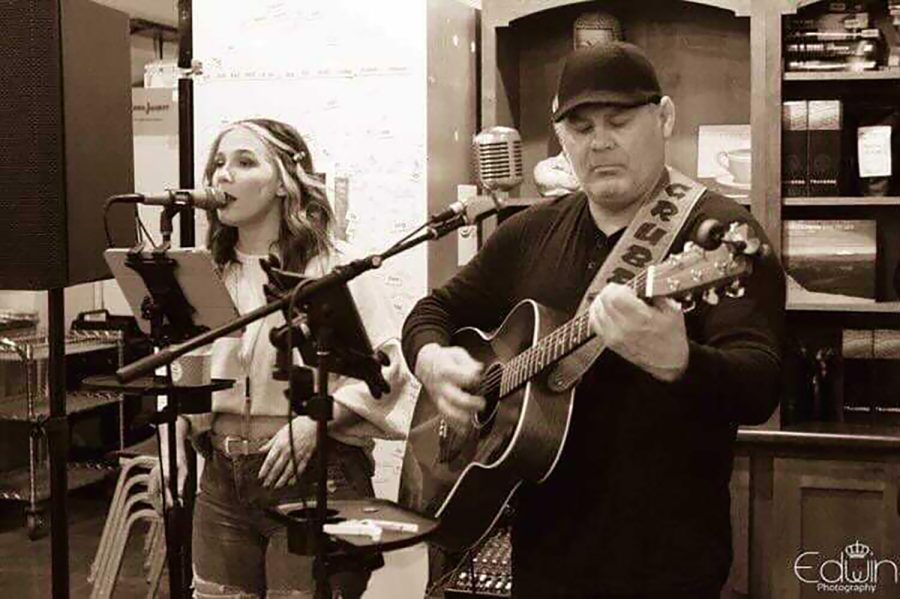 Barbie Johnson is the sugar, and Tom Grubb is the spice.

Both Iowa-based musicians were solo artists until August 2022, when they met through a mutual friend and realized they sounded better together.

Grubb said that when performing songs together, their vocal ranges create the perfect mix for a unique yet harmonious sound.

“I’m a baritone, she’s an alto soprano mix, and so our voices kind of match,” Grubb said. “One of our songs we do is “Tennessee Whiskey,” and just the way we kind of do it, it just matches, but it sounds different.”

“We try to keep everything just laid back. So whatever troubles they’re having or whatever, they’re anxious or things like that,” Grubb said. “We’re gonna definitely play a song that’s just kind of mellow, relaxes you and you have a good time.”

Sugar and Spice usually let the crowd decide what exactly they will cover at their performances. Generally, the songs they cover range from the 70s through today.

“We do a lot of covers. Some people will just kind of stop there like, the sounds are familiar. We kind of throw spin on it — like, we do a Taylor Swift song, but I’m singing the melody,” Grubb said.

Grubb and Johnson said they are continuing to grow their relationship, and as they do, they will get to know each other more musically as well. Johnson noted the differences in how some of Sugar and Spice’s cover songs sound in comparison to the original artist.

“We actually just added a song to our set, it’s an NSYNC song. I know it sounds crazy, but it’s really, like, I don’t know how to describe it,” Johnson said. “It doesn’t sound like it, I mean, it’s broken down…it’s very, I kind of feel like it’s like a coffee shop-type broken down. It’s a little more upbeat, but once you listen to it, you’re like, ‘man, I know that song.’” Johnson said.

It will be Sugar and Spice’s first time performing at the Vue. Marissa Dimaranan, director of events at the Vue, said that their status as a musical duo makes them unique.

“We don’t have many duos up here for live music, so I think their familiarity with each other will allow them to interact with the crowd in a different way,” Dimaranan said.

Marissa said the Vue hopes to start a relationship with Sugar and Spice and invite them back to perform.