Throughout their first term, Reps. Hinson and Miller-Meeks have failed to vote for women. We need better representation in Iowa. 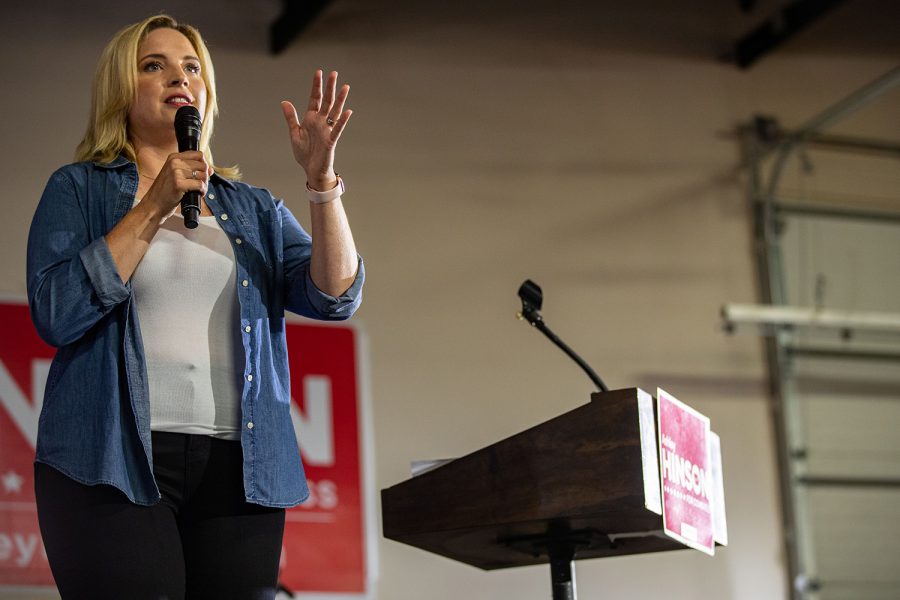 The Republican Party of Iowa has several women in leadership, including Gov. Kim Reynolds, Sen. Joni Ernst, and Reps. Ashley Hinson and Marinette Miller-Meeks. While this representation is a positive sign, this progress is not enough if the women in leadership do not work for women.

Both Hinson and Miller-Meeks are up for reelection in the 2022 midterms. During their first term in congress, both representatives have failed to vote for women. We need leaders who will stand with women, not vote against them.

HR 3755, the Women’s Health Protection Act, was introduced in June 2021. The bill sought to protect a person’s ability to end a pregnancy and protect health care providers who provide abortions.

This bill would help people who already face barriers in accessing health care — such as Black women and other women of color, low-income individuals, the LGBTQ+ community and people living in rural areas.

Both Hinson and Miller-Meeks voted against HR 3755.

Because the GOP is typically considered the pro-life party, it would be reasonably expected that both congresswomen would vote alongside most Republicans against this bill.

You can be pro-life and still vote for women — yet both Hinson and Miller-Meeks have not done so. The congresswomen have routinely voted against legislation to support marginalized communities, such as HR 4, HR 5, and HR 2119.

Even with pro-life values, congress can support women by passing legislation that promotes equality and equity to services. But Hinson and Miller-Meeks have failed to do so.

HR 1620, the Violence Against Women Act of 2021, was a bipartisan bill to give more protections for survivors of domestic violence.

This bill protects women and other people from domestic violence by prohibiting anyone convicted of a misdemeanor crime of stalking a partner from possessing a firearm, expands unemployment eligibility for victims of domestic violence, sexual assault, stalking or harassment, and authorized funding for justice response programs for domestic and dating violence.

HR 1620 protects all victims of abuse. That is why members of both parties supported this bill, including Miller-Meeks. But Hinson voted no.

Domestic violence can affect anyone, no matter their gender. However, statistically women are more often the targets of domestic violence. Approximately 23.2 percent of women have experienced severe physical violence by an intimate partner in their lifetime.

We need representatives in Congress who will vote to protect women. It is admirable that Miller-Meeks joined her Republican colleagues in voting for this bill. But we should expect this from all our leaders.

HR 5, the Equality Act, is a bill to prohibit discrimination based on sex, sexual orientation and gender identity.

Hinson and Miller-Meeks voted no.

If both congresswomen were against basic rights, such as protections against discrimination in the workplace and public facilities, neither women would be in congress. If both are for equal rights of men and women, why would they vote against these basic rights for transgender women, men, and non-binary people?

As women in a male-dominated system, the congresswomen should understand the necessity of equal rights in the workplace. Leaders cannot pick and choose what women they choose to support. Our representatives need to work for everyone.

Being a woman in power matters, no matter your party.

In a male-dominated system like congress, women in power have the moral obligation to stick up for

historically oppressed and marginalized communities. Based on their voting records, Hinson and Miller-Meeks are not doing enough.

With the 2022 midterms approaching, voters must remember how their representatives have worked for them — and how they have worked against them.