Republican Sens. Chuck Grassley and Joni Ernst joined all but three Republicans in voting against Jackson's nomination to the high court. 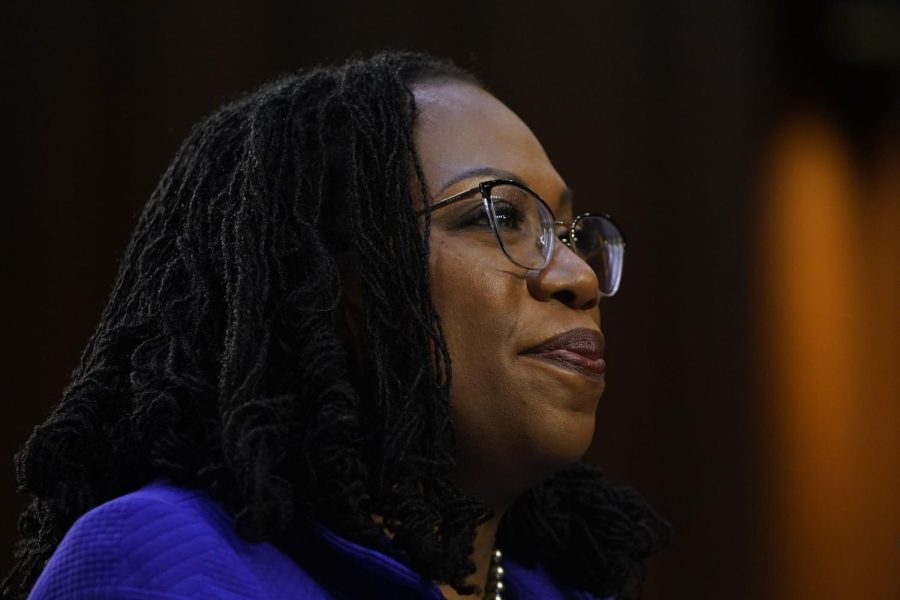 The U.S. Senate confirmed Judge Ketanji Brown Jackson to the Supreme Court in a vote Thursday that fell largely along party lines. Iowa’s U.S. senators voted against confirming Jackson to the court.

Republican Sens. Chuck Grassley and Joni Ernst, both of Iowa, announced earlier in the week that they would not be voting to confirm the judge. Both senators said they had disagreements with Jackson’s judicial philosophy and approach to deciding cases.

The historic 53-47 vote makes Jackson the first Black woman to sit on the nation’s highest court. Three Republican Senators — Susan Collins of Maine, Lisa Murkowski of Alaska, and Mitt Romney of Utah — joined every Democrat in voting to confirm.

Republicans raised questions on Jackson’s judicial philosophy during confirmation hearings with the Senate Judiciary Committee in March. Jackson didn’t define her judicial philosophy by any specific name, but rather said she uses a methodology to make impartial rulings and decide cases.

“I do have a philosophy, the philosophy is my methodology,” Jackson told Grassley at one point in the hearings. “It is a philosophy that I have developed from practice.”

In Senate floor comments on Thursday, Grassley criticized what he called Jackson’s “judicial activism” and repeated claims that Jackson went beyond the provisions of the First Step Act, which he co-authored with Sen. Dick Durbin, D-Ill., when she used compassionate release to shorten the sentence of a person she had previously sentenced to 20 years for trafficking heroin.

“Senator Durbin and I wouldn’t have been able to broker a compromise on that legislation if senators thought the judges would rewrite the law and insert their own views from the bench,” Grassley said.

Grassley, the Senate Judiciary Committee’s ranking member, said that a judge needs to understand the principles of a limited government, and claims that Jackson lacks this skill.

Republicans have pored over Jackson’s record and attempted to portray Jackson as a left-wing judge who is lenient on crime and sentences. Republicans criticized her decisions on child pornography cases, criminal justice, and more, which Democrats have called disingenuous attempts to discredit her credentials.

Democrats have pointed to her high qualifications in their defense of her nomination. Jackson has more than a decade of experience on the federal court. She served as a trial judge and on the D.C. Court of Appeals. She has experience in private practice and on the U.S. Sentencing Commission.

Senate Majority Leader Chuck Schumer, D-N.Y., said it was a “joyous day and an inspiring day” in floor remarks Thursday, commenting on the historic nature of Jackson’s confirmation.

“Today we are taking a giant, bold, and important step on the well-trodden path to fulfilling our country’s founding promise,” he said. “This is a great moment for Judge Jackson, but it is an even greater moment for America, as we rise to a more perfect union.”

“And, she masterfully explained the law in her answers – underscoring her commitment to transparency in her decision-making and demonstrating her true love of the law,” Wilburn said. “It’s clear that Judge Jackson will make an exceptional Associate Justice of the United States Supreme Court.”