The Hawkeye men finished eighth at the Calusa Cup, and the women finished ninth at the Maryb. S. Kauth Invitational. 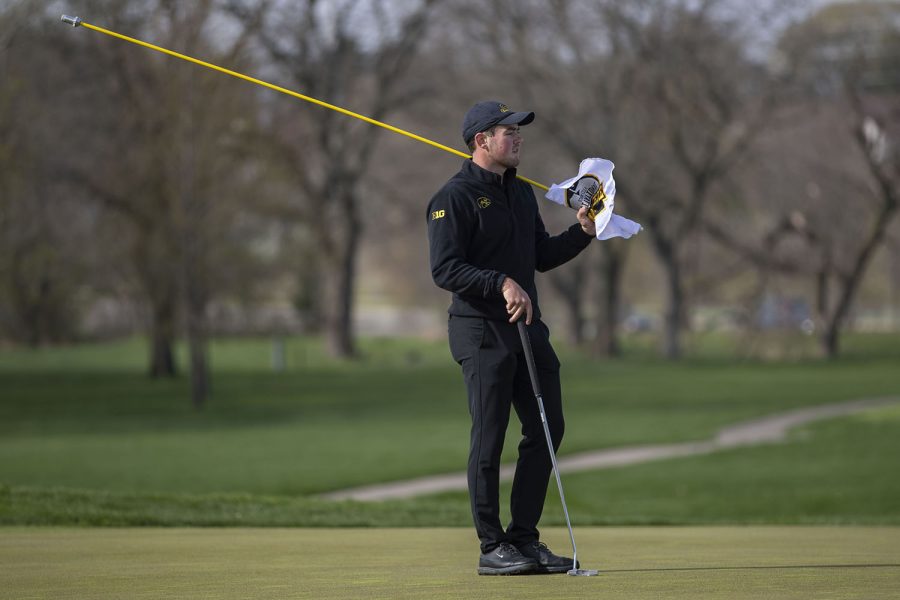 The Iowa men’s golf team tied for eighth place at the second annual Calusa Cup this week at Calusa Pines Golf Club in Naples, Florida, this week. The women’s program had a ninth-place showing at the Maryb. S. Kauth Invitational at San Antonio Country Club in Texas.

On the men’s side, the Hawkeyes’ 33-over-par three-round total of 897 tied them at the bottom of the leaderboard with the Creighton Blue Jays. Iowa and Creighton were the only two unranked teams in the nine-team field.

The No. 11 Georgia Tech Yellow Jackets won the team event with a total score of seven-under-par 857. Georgia Tech’s Bartley Forrester and Florida’s Fred Biondi tied for first place individually with totals of 5-under-par 211.

The women’s team shot a three-round total of 76-over-par 940 to finish at the bottom of the Maryb S. Kauth invitational team leaderboard.

Freshman Paula Miranda was the lone Hawkeye to finish in the top-15 of the 53-player field with an 11-over-par tournament total of 227. The event marked the sixth time Miranda has led the team this academic year. Juniors Lea Zeitler and Morgan Goldstein were the next best for the Hawkeyes tying for 42nd position.

Although Macfie placed 36th at the Calusa Cup, he ended the event on a high note.

To cap off his team-best third-round score of 1-over-par 73, Macfie holed his second shot on the par-5 18th hole for the first albatross of his career.

Macfie had 200 yards left to the hole for his second shot, carried the ball 185 yards in the air and the ball rolled into the cup. Macfie called his shot a “perfect 8-iron.”

“It landed exactly in the soft spot where I wanted it to, rolled up and just rolled in like a putt,” Macfie said of his final shot in a release. “This pin is really difficult, and this pin is treacherous…  At such a special place like Calusa, the things they have done for us, it makes it that much sweeter. I struggled at times this week, but to end the week on a high note was nice.”

For the men’s team, the Calusa Cup was the fifth and penultimate event of the regular season schedule. Stith’s team has just one event, the Hawkeye Invitational at Iowa City’s Finkbine Golf Course April 16-17, before the Big Ten Championships in French Lick, Indiana.

For the women’s team, the Maryb S. Kauth Invitational was the last event before its conference tournament in two weeks. Iowa will participate in the Big Ten Championships from April 22-24 at Fox Chapel Golf Course in Pittsburgh, Pennsylvania.