The Johnson County Department of Public Health found over a hundred health code violations at restaurants in March. 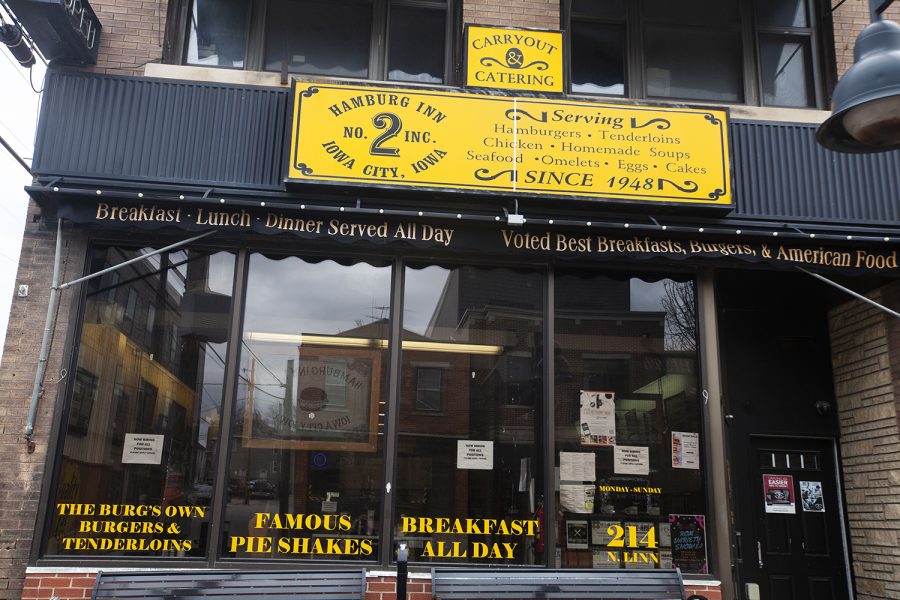 At the East Burlington Street restaurant, mold was also found on cauliflower heads. The storage of various foods, including raw meat, was found to be inadequate, according to the report. Dates were lacking on pre-made food items alongside numerous knives, peelers, and slicers stored in the kitchen with “excessive food build-up.”
Hamburg Inn No. 2
The Hamburg Inn No. 2 had a dozen violations as well. Some violations dealt with the same issues as those at Szechuan House, including inadequate hand washing, food debris on machinery, and certifications for food managers. The restaurant was also cited for cookline employees cracking raw eggs with bare hands and not watching them afterward.

Hamburg also had multiple chemical spray bottles in its basement where meat prepping occurs. The bottles were not labeled.
India Cafe
East Washington Street’s India Cafe also received several citations. Raw egg cracking, handwashing violations, and lacking certifications dominated the 11 violations received. There were also various pesticide and cleaning product bottles stored on the same shelf as carry-out containers. Water service was also improperly shut off to a sink in the front of the restaurant’s kitchen.
Mellow Mushroom Pizza Bakers
Coralville’s Mellow Mushroom received eight violations. There was no verifiable Employee Illness Reporting Agreement onsite, meaning managers could not be informed about employees’ health and activities in relation to diseases transmissible through food, not in accordance with Iowa law.

The Mushroom was also cited for not having proper disposable towels near handwashing sinks and having sanitizer spray bottles stored on food shelving.

This story is part of a monthly series by The Daily Iowan regarding health inspections at local restaurants.