Libby has been leading the GymHawks for the last 18 seasons. 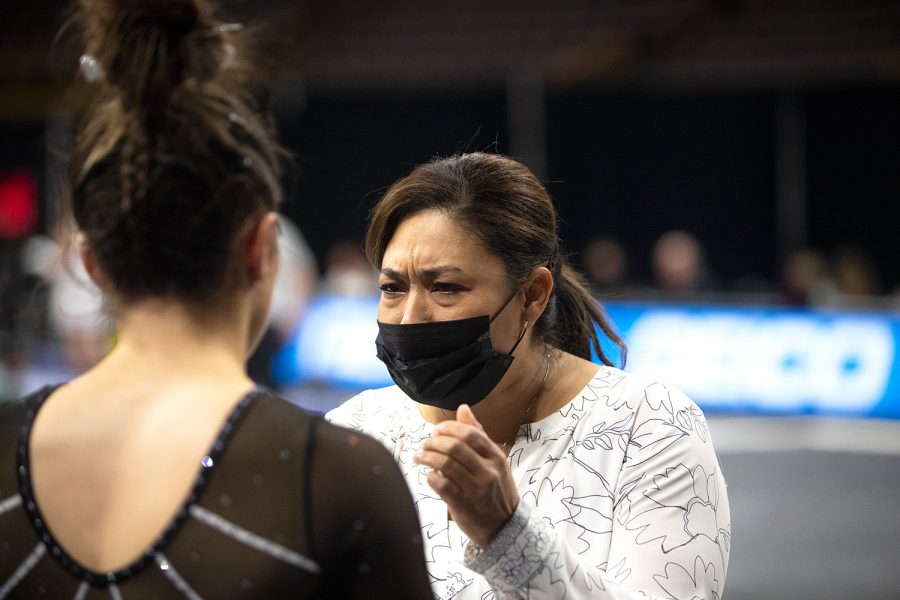 Iowa head coach Larissa Libby instructs her team during a gymnastics meet between Iowa and Texas Women’s University at Carver-Hawkeye Arena on Friday, Jan. 14, 2022. The Hawkeyes defeated the Pioneers, 196.125-189.300.

Iowa Athletics extended the contract of its head women’s gymnastics coach on Wednesday. Larissa Libby, who has led the GymHawks for the last 18 seasons, will now remain in Iowa City through June 2026, per a release.

“Larissa continues to elevate the Iowa women’s gymnastics program, both in the Big Ten and nationally,” Hawkeye Athletics Director Gary Barta said via release.  “Larissa has dedicated her life to this program, and she embodies the ‘Win. Graduate. Do It Right.’ philosophy.  I am excited to see this program continue to grow under Larissa’s watch.”

Libby’s 2022 squad will head to Raleigh, North Carolina, on March 31 to compete in the NCAA Regional Championships.