A recent study ranked Iowa as the third worst state in the U.S. for Black Americans on an index of various socioeconomic factors. 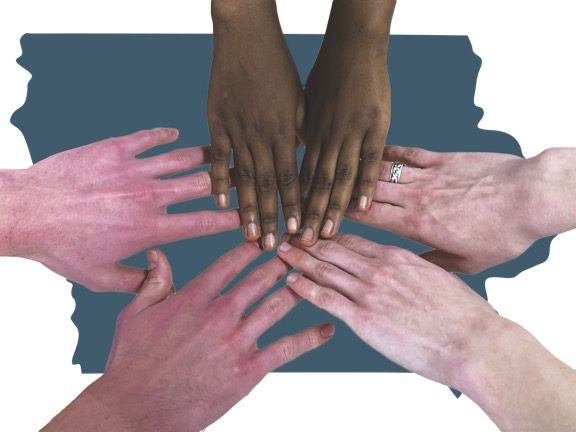 Iowa is ranked as the third worst state for Black Americans, behind Minnesota and Wisconsin, according to a study published in February by 24/7 Wall St., a financial news and opinion company located in Delaware.

To determine the worst states for Black Americans, 24/7 Wall St. created an index of eight measures – including median household income, homeownership, and incarceration – to analyze gaps in race-based socioeconomic outcomes.

All five lowest-ranked states in the study are in the Midwest.

Ashley Howard, University of Iowa assistant professor of history and African American studies, described the Black Midwestern experience as being made invisible in a space that is often imagined as exclusively white.

Howard said bootstrapping — the idea that if one works hard, they can achieve the American dream — is a major part of the regional identity of the Midwest.

She said it ignores, however, the structural, legal, and political constraints for people to do so.

“People think of the Midwest as being the quote, ‘true America,’” Howard said. “And so, if we see people struggling, then we also need to think about what that means in the larger context of America.”

When compared with Southern states, there is a lower concentration of Black people in the Midwest, Howard said, causing the data to be skewed when analyzing socioeconomic factors.

When examining incarceration in Iowa, 25 percent of Iowans in a federal or state correctional facility are Black, despite only 3.6 percent of the state’s population being Black.

“If they have a small Black population to begin with, and we know that Black people in this country are disproportionately incarcerated, those numbers look all the more extreme when you’re thinking about a smaller population with an outsized impact,” Howard said.

UI second-year student Agnes Suza previously lived in Southern states and observed a difference in the racism shown there versus in the Midwest. They said the South exhibited more overt racism, while racism in the Midwest is more implicit.

“I feel like it’s one thing to be directly racist to somebody, but I feel like when it’s implicit, obviously people get away with it, and it happens more frequently,” Suza said. “And because it happens so frequently, and there’s already such a low population of Black people here, it just affects you deeply, and it really does affect people’s mental health.”

In the U.S., Black people living below poverty are twice as likely to report serious psychological distress than those living two times above the poverty level, according to Mental Health America.

Cindy Garcia, communications manager at the American Civil Liberties Union of Iowa, said she’s not surprised at Iowa’s rankings as data shows that Black people in Iowa are not being treated equally to their white counterparts.

“If you look at all these indicators, it’s really not surprising at all that we’ve landed so high up on this list,” Garcia said.

“The ACLU is advocating for less criminalization of black people by legalizing marijuana, getting rid of SROs in schools,” Garcia said. “And I think that also just the criminal legal system, we think that it treats everybody equally, but it really doesn’t. So, just advocating for more equal treatment there as well.”