Opinion | Observations in democratic erosion: A case study of Turkey

Once hailed as a beacon of democracy in the Middle East, Turkey has began the march to autocracy 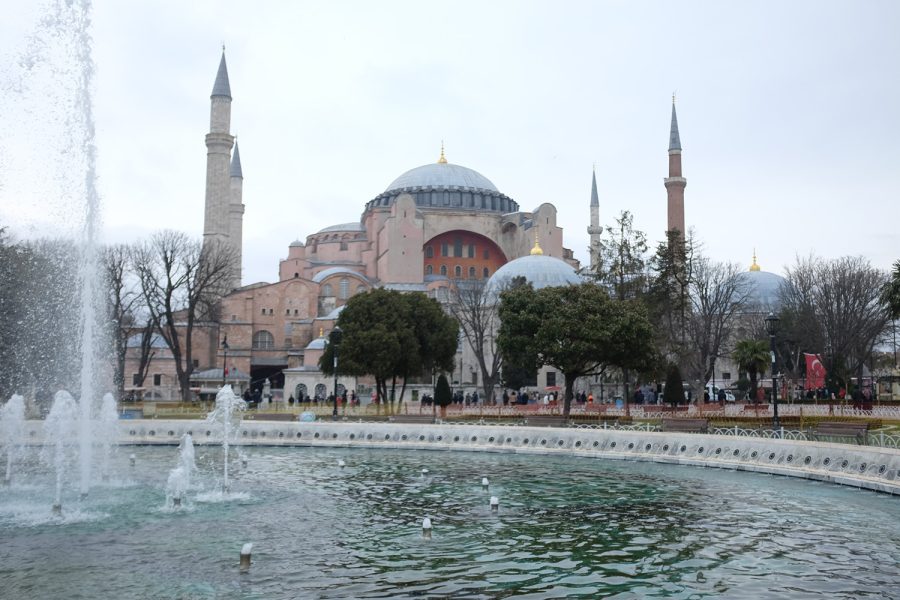 Turkey, a country once considered by Western leaders to be a strong democratic model for the Arab countries in the Middle East, is on the path towards autocracy.

In fact, it would be sufficient to say that Turkey is a model for how not to democratize.

I visited Istanbul seven years ago and was struck by how the city managed to balance its old Islamic and Christian past along with the secular values that are the basis of the modern Turkish Republic.

The old city, where the famed Hagia Sophia is located, is the most crowded area in the city.

In 1935, to maintain the new secular ideology, the Turkish government converted the Hagia Sophia into a museum so that citizens and tourists alike could learn about the role that religion played in influencing Turkish society.

Taksim square is 20 minutes away, one of the liveliest open public spaces on the European continent. Taksim is littered with western shops. Alcohol is readily available for any tourist or local looking to buy a drink and have a fun night out dancing and singing with locals and other expats.

In other words, it had seemed that politically and culturally, Turkey had found the right balance between religiosity and secularism that fostered a successful democracy.

For these reasons, at that time I visited in 2015, many observers held out the hope that Turkey and its leader, the moderate Islamist Recep Tayyip Erdoğan, could serve as a democratic alternative to the brutal autocratic regimes that have characterized politics in the Middle East.

However, this did not prove to be the case as Erdoğan was revealed to be an autocrat looking to do away with Turkey’s modern secular identity.

Over the past half decade, Erdoğan has consolidated his political power and ushered in an era of democratic backsliding in the Turkish Republic. Today, Turkey still has democratic elements in its political system. Sadly, the Turkish opposition has had a difficult time winning majorities in the Turkish parliament.

This was reflective on my second trip to the city that I took this year. While Taksim and the old city were still bustling, much had changed.

First, in order to build his “Islamic” republic, Erdoğan ordered the conversion of the Hagia Sophia into a mosque. The mosaics of Jesus and Mary that were displayed so proudly a few years ago were now covered up by plaster.

To the casual observer, the Islamization of Hagia Sophia may not seem like a big deal. To the Turkish political junkie, it is reflective of Erdoğan’s use of populism to marginalize his opponents, the highly educated urbanites of cities such as Istanbul and Ankara.

Many of these urbanites hold strong belief in Kemalism, the political philosophy named after Mustafa Kemal Atatürk, the father of the Turkish Republic.

After the breakup of the Ottoman Empire and creation of the modern Turkish state, Atatürk’s Kemalism was developed to mold Turkey into a European style nation-state. This not only included modernizing the political and economic systems, but overhauling Turkish culture and language, separating it from its Islamic influence.

Atatürk’s death in 1938 saw Turkey sweep between periods of democratic ascension and erosion as military coupsbecame a frequent occurrence. As a result of frequent political turmoil, Turkey began to lag behind its European neighbors in terms of standard of living. This all changed in 2002, when Erdoğan was elected as the country’s prime minister.

Erdoğan adopted market-based reforms that ushered in a new era of growth and stability. His Justice and Development Party, or AKP, shattered Turkey’s previous two-party paradigm by mobilizing the rural, more Islamist populations, giving that group representation it had not seen before.

However, at the same time Erdoğan began to slowly chip away at Kemalism and by extension, the democratic institutions that helped him get elected in the first place. He introduced media censorship laws and began to crackdown on anti-government protests.

Recognizing that Erdoğan was undermining the very existence of the Turkish republic, the military attempted to overthrow him in 2016. The coup failed and Erdoğan clamped down, arresting dissidents and anyone else who threatened his rule.

Then the Turkish people narrowly voted in favor of changes to the constitution that increased his power greatly in 2017. The new amendments abolished the office of prime minister and transferred the powers of that office to the president.

Furthermore, the reforms changed the electoral system of Turkey by increasing the size of the Turkish Parliament from 550 to 600 seats. Each party must also win 10 percent of the national vote if they want to have a seat in Parliament.

These reforms ended up benefiting Erdoğan because Turkey’s electoral system is a mixed proportional representation system with a closed party list. To put this in an American perspective, in each parliamentary district, voters can select multiple members of parliament to represent their districts.

Essentially, parties do not compete, but must win a certain number of votes if they want to win one of the seats in a district.

On the ballot, voters do not vote for individual candidates but rather the political party that the prospective representative is a member of.  Therefore, in a closed list system, many parties are elected to the legislative party and must form a coalition if they want to govern.

What separates Turkey from other countries that use proportional representation is that each party must gain 10 percent of the national vote if they want to serve in the parliament.

In Turkey, representatives from parties Y and Z would serve in parliament because they crossed the 10 percent national threshold while party X did not even though party X won a majority of the votes within that district.

This has allowed the AKP and its coalitional allies to essentially win parliamentary elections. Since Erdoğan controls all elements of the AKP, the Turkish parliament has become no more than a rubber stamp for the President.

The rise of authoritarianism in Turkey cannot be overshadowed. One thing I noticed about Istanbul on my recent visit was the large amount of militarized police monitoring the streets, prowling for any dissidents.

My third night in Istanbul saw violence erupt between demonstrators and Turkish police as many were arrested. Watching cops violently push people around and close off entire streets epitomized what Turkey is on the path to becoming — anything but a mature democracy.