The University of Iowa announced a new plan for its performing arts sector and Hancher Auditorium through the new Office of Performing Arts and Engagement, which will bring Hancher closer to university administration. 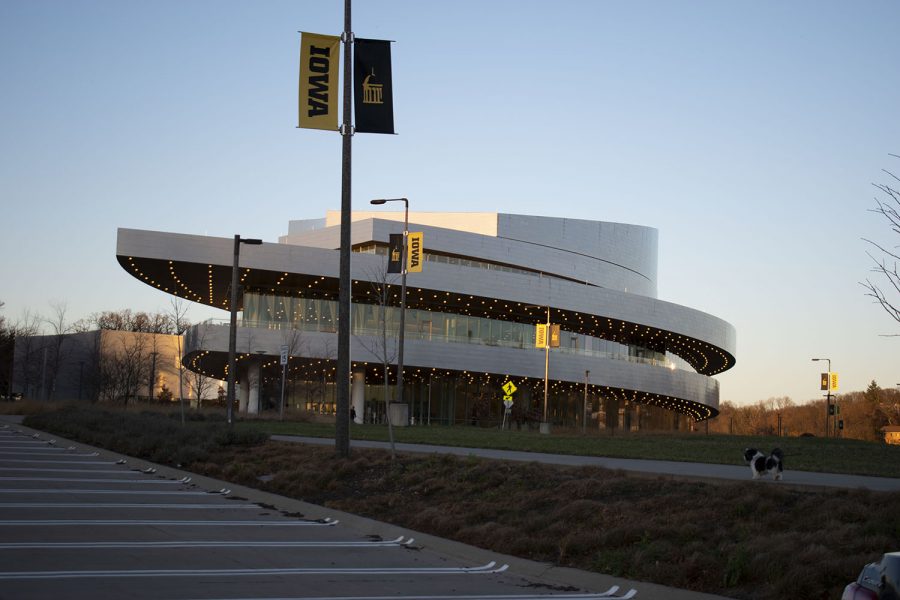 After the retirement announcement of Hancher Auditorium’s executive director Chuck Swanson, the structure of the performing arts center’s leadership will change.

The University of Iowa announced in a Thursday press release a plan to expand the position of Hancher’s executive director with a new Office of Performing Arts and Engagement, which will report to the Office of the Executive Vice President and Provost.

“The Office of Performing Arts and Engagement will elevate Hancher Auditorium’s role on campus as it grows to become a university-wide hub for the development, production, and presentation of performing arts,” the press release reads.

The position of Hancher’s executive director will not be replaced, but instead that person will go on to lead the Office of Performing Arts and Engagement. The university will continue its internal search for an executive director of Hancher, led by UI Executive Vice President and Provost Kevin Kregel, UI Vice President for External Relations Peter Matthes, and dean of the College of Liberal Arts and Sciences Sara Sanders.

The person selected to fill the role will help shape the future of performing arts at the UI, Executive Vice President and Provost Kevin Kregel said in the release.

“We have remarkable talent across our campus,” Kregel said. “I have no doubt we will develop a slate of candidates that has a deep knowledge of our community and our legacy in the performing arts and can quickly get to work bringing this ambitious vision to life.”

The announcement comes as Hancher is on track to transition to a self-sustaining unit by 2024. The venue faced large budget cuts in 2020, with the annual $1.5 million Hancher received in UI funding cut to zero by 2024. The press release noted that the UI will continue to fund $750,000 for Hancher’s facilities and maintenance costs.

Other self-sustaining units at the University of Iowa include Hawkeye Athletics and Housing and Dining.

In addition to the new office, the release also stated that the UI’s newly named presenting arm, Hancher Presents, will also expand and transition into a self-sustaining unit, by taking on “Hancher season” — or what has historically been considered Hancher’s main lineup of presentations and performances.

The new executive director position will be named the “Chuck Swanson Hancher Executive Director” after Swanson, who will officially retire in summer 2022 after leading Hancher since 2002, though the exact date has yet to be named.

The Office of Performing Arts and Engagement will become operational during the summer academic session on July 1, 2022.

“This new office will give Hancher greater ability to partner across campus, which has always been one of my priorities as director,” Swanson said in the press release. “I wish my successor the best of luck and am grateful to all the donors who made this named directorship a possibility.”