A group of University of Iowa students in a community-engaged learning course is going to inform eastern Iowans on immigrant and refugee issues. 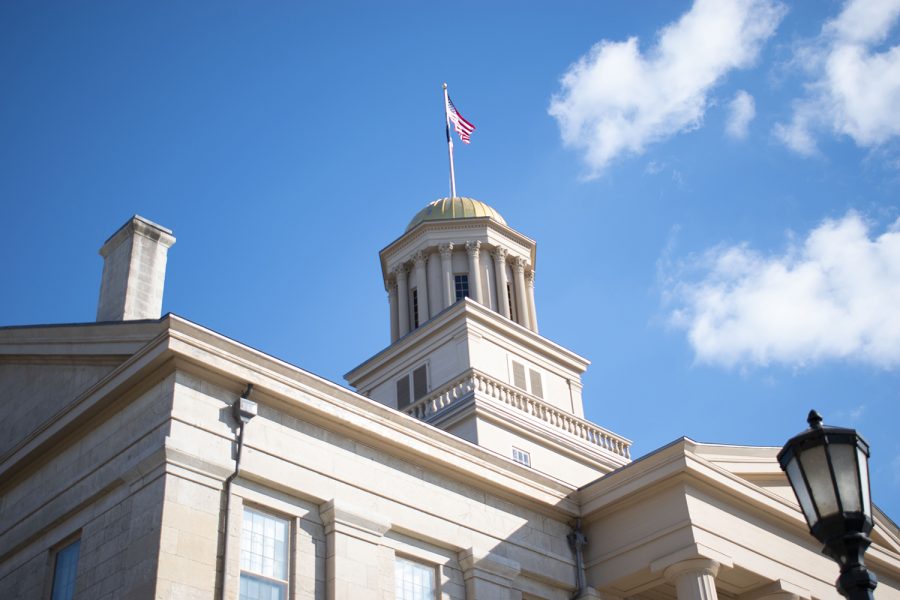 University of Iowa students are helping to educate eastern Iowans about the immigrant and refugee experience.

A group of students in the course “Community Engaged Learning with Refugees and Immigrants in Iowa” will partner with the Catherine McCauley Center, a Cedar Rapids nonprofit, to bring educational lectures, writings, and other outreach.

Peter Gerlach, adjunct assistant professor of the class in the UI international studies program, said he will split his students into four groups to carry out goals focused on aiding the Afghan refugee crisis, which is the focus of the course this semester.

Gerlach first designed the course in 2019 and taught his first class in the 2020 spring semester.

In addition to the course, Gerlach is directing a public lecture series through the Iowa City Foreign Relations Council, where several immigrants and refugees will share their stories.

Black has interned with the council since 2019.

“That will be about what the program has taught and more steps going forward,” Black said. “I’m also taking some of that information and putting together a paper that I’m going to present at the Iowa Human Rights Research Conference at Drake University in April.”

Gerlach said the international studies program was equally interested, as the council in launching a Community Engaged Learning Course about immigration and refugees.

Anne Kiche, an adjunct instructor in the UI global health studies program, will speak at the lecture series on March 23 on the topic of higher education as it relates to immigrants and refugees.

Kiche said she has deep knowledge of the difficulties of being an immigrant, having written her dissertation on Sudanese refugees to Iowa, and having come from Kenya years ago herself.

She said the lecture series will provide Iowans with the awareness they need to go out and help immigrants and refugees.

“Sometimes immigrants of the community really struggle because they really don’t know where to go,” she said. “Where are the resources? If they know where the resources are, the question is, who is going to go there with them to interpret whatever they are saying and vice versa.”
Student group projects
Black said she wants to be a part of the class that will write editorial articles, which Gerlach said he wants to be published in the DI or the Iowa City Press-Citizen,

The articles will focus on what the class is learning, Gerlach said, as well as the Afghan resettlement efforts of the Catherine McAuley Center.

“They’re editorials and not interviews, because that was the Catherine McAuley Center’s preference,” he said. “They want to really control their own messages and organization because of a sensitivity — the sensitive nature of the work that they’re doing.”

Gerlach said his students will never meet any of the refugees they serve, given the considerable trauma they have faced, which direct questioning might not improve.

“It is not ethical and responsible to do so,” he said.

A second student group will work with the Catherine McAuley Center on making a refugee simulation exercise in the Iowa Memorial Union.

Gerlach acknowledged that the simulation exercise will more closely resemble the current situation of Ukrainian refugees than those of Afghan refugees, which are two very different circumstances.

A third group will launch a social media campaign to focus on bringing attention to Afghan refugee resettlement.

“The Office of Community Engagement, as well as the International Studies Program, have offered us to use their online platforms as a place to amplify their work that the Catherine McAuley Center is doing as well as the important work that folks are doing to resettle Afghan refugees,” he said.

A fourth group will create a student organization at the university.

Although the students are not directly involved in the public lectures, except for Black, each of the four projects will be informed by the several international guests Gerlach has invited to speak in his course, mostly through Zoom, he said.

“How do the different voices balance each other, and what are the ways their stories differ so that people really can appreciate the variety of experiences and positions that people have across our state?” he said, referring to the benefit of having a variety of voices.

Gerlach said he needed to counteract what he saw as a prevailing negative attitude toward immigrants and refugees and to show them that something would be done locally in Iowa City.

“My hope is that both the students and attendees to the programs are better informed,” he said. “Oftentimes people do not get to hear directly from these folks, rather they read headlines that flash across a smartphone.”

Editor’s Note: In a previous version of this story Madison Black was said to have interned since 2017. The Daily Iowan regrets this error.