Damien Sneed, Valerie Simpson, and Karen Clark Sheard will visit Hancher this Friday with their musical performance designed to honor the Queen of Soul, who died in 2018. Hancher hosted Aretha Franklin back in 2004 in a sold-out performance. 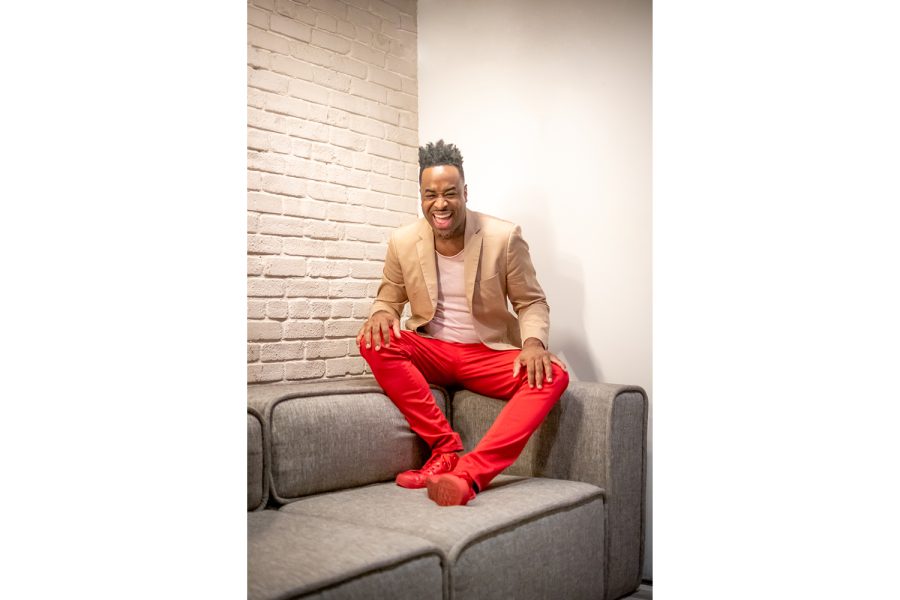 Nearly two decades ago, Aretha Franklin performed at Hancher Auditorium to a sold-out theater. One of the most prolific singers in history, the Queen of Soul will return in spirit to Hancher through a tribute concert performed by her mentee Damien Sneed, vocalist Valerie Simpson, and Grammy Award-winning artist Karen Clark Sheard.

Franklin’s career stretched six decades, during which she won 18 Grammy Awards and became the first woman to be inducted into the Rock and Roll Hall of Fame. Franklin was also an impactful Civil Rights advocate and was good friends with Martin Luther King Jr. One of her most famous songs, “Respect,” was an anthem for both the Civil Rights movement and gender equality.

A Tribute to Aretha Franklin: The Queen of Soul, which will be performed this Thursday at Hancher, is the result of Sneed’s mission to create a multimedia tribute show honoring Franklin and her legendary career.

The tribute will be especially personal as Sneed toured with Franklin as her organist and developed a close mentee relationship with the soul legend. Hancher Executive Director Chuck Swanson noted that Sneed even worked as the musical director for Franklin’s funeral in 2018.

According to Hancher’s website, Sneed will invite Franklin’s “towering spirit” back into Hancher through his tribute performance.

Rob Cline, director of marketing and communications at Hancher Auditorium, recalled his memories of Franklin’s performance.

“We presented Aretha Franklin back in the original Hancher facility in a sold-out concert, and that is one of the more memorable things I’ve ever seen on our stage,” Cline said.

Swanson remembered when he paid Franklin for her concert, he had hand-delivered a portion in cash.

“She grabbed the cash and then she put it in a purse, and I’ve heard people talk about her purse before,” Swanson said. “It’s the funniest thing, she placed that purse on stage under the piano so she could watch that purse.”

Sneed has compiled a setlist including “Respect,” “Bridge Over Troubled Water,” and “Natural Woman,” among other infamous hits. Sneed will perform on the piano and sing during the performance.

Vocalist Valerie Simpson will also perform a section of the tribute. Simpson was previously half of the singer-songwriter duo known as Ashford and Simpson.

Gospel singer Clark-Sheard will also perform a portion of Franklin’s music and has used her multi-octave voice to become a four-time Grammy Award-winning musician and songwriter.

Swanson ultimately noted that the event would be “unforgettable” because Franklin “gave everybody hope,” and he said he believes Hancher’s event will foster a similar effect.

“This is one [performance] I’ve been looking forward to the whole season,” Swanson said.