The social media platform BeReal is making its way around the University of Iowa campus. The app has been around since 2020, but students have begun to be pulled by the app’s push for authenticity. 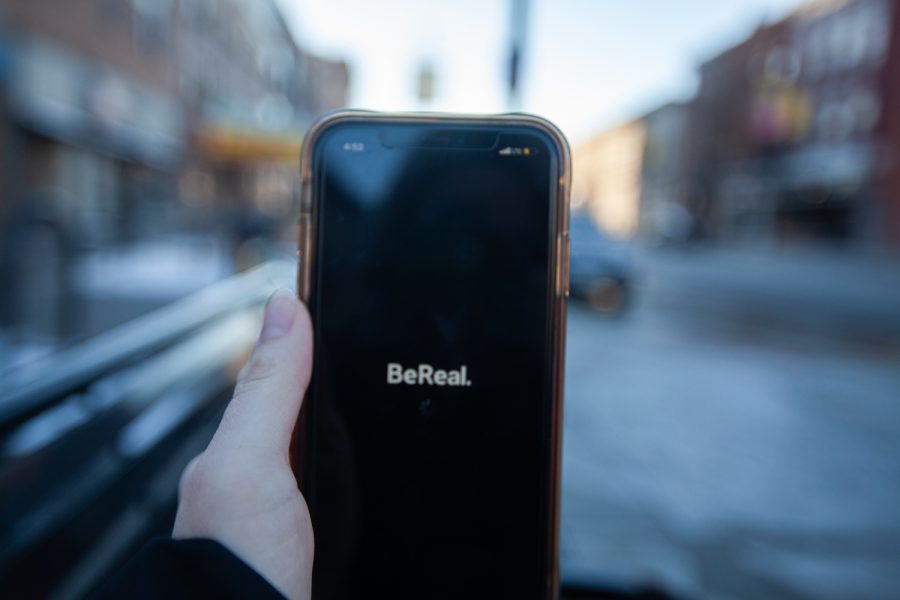 In a world of social media promoting curated images and likes, social media app BeReal is gaining popularity among University of Iowa students.

First-year Isabelle Paulsen only has 15 friends on the app and has had it for three to four months.

She said she only connects with her close friends on the app. She encouraged her siblings to get it so she can see what is going on in their daily life when she cannot be in contact with them as much as she would like.

At some point throughout the day, BeReal sends a notification to a user’s device and they have two minutes to take a photo from the front and back camera. The photo is then posted and shared for the person’s followers to see.

When someone posts “late” to BeReal, they cannot see their friends’ posts until they have made a post. The app’s campaign is promoting, “Your Friends for Real,” according to the app’s website.

Most students have not been using the app very long. UI fourth-year Bobi Knox said he has only been on BeReal for the last six weeks.

Knox heard about the app from a friend, he said.

“It is a new and fresh, interesting take on what people like about social media already,” he said.

Paulsen added that she likes the app because it is less curated.

Another aspect of the BeReal app is real reactions. Instead of liking a post, a user takes a selfie and leaves a “RealMoji.” Paulsen said not many people use this feature of the app.

“There isn’t a like button, which is one of the worst parts of social media,” she said.

The app is spreading across other campuses and growing in popularity, as well. Mia Nelson, a first-year student at the University of Minnesota, said her friends told her to download the BeReal app.

“There’s been a lot showing social media is fake and you can’t really do that on BeReal,” Nelson said.

Nelson said she only has five friends on the app and appreciates the intimacy that comes with BeReal — that it is random and candid.

Knox said he believed that the app humanizes social media.

“Overall, it is a platform that allows you to share a second from each day and see a second of everyone else’s,” he said. “You see day-to-day life, not a highlight reel.”

Knox said BeReal is a fun thing that is more wholesome to interact with friends because there are no advertisements like there are on Snapchat. He said he has since deleted Snapchat because it became overrun by advertisements.

“For people that enjoy image-based conversation, I would promote it,” he said. “It is a completely new, different take on what Snapchat and Instagram have been trying to do for a while.”