Seeking to increase productivity in diversity, equity, and inclusion dialogues, University of Iowa professor Sherry Watt was honored for faculty excellence by the Board of Regents. 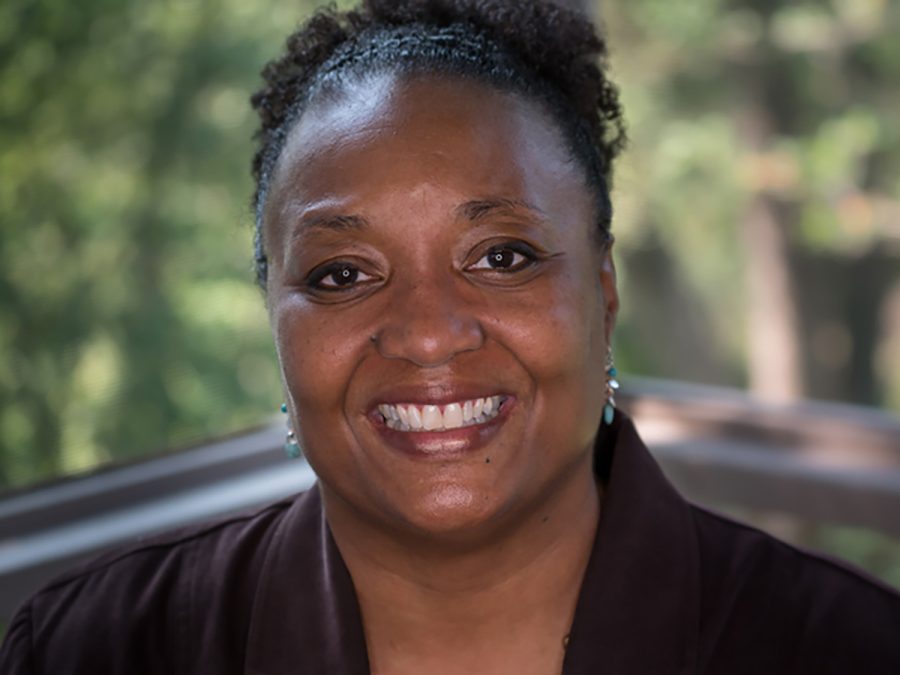 Sherry Watt is one of six University of Iowa faculty honored by the state Board of Regents for exceptional contributions and a sustained record of excellence through her work.

Watt is a professor in the higher education and student affairs program at the UI’s Department of Educational Policy and Leadership Studies. Watt and the other recipients of the award were selected by committees appointed by UI Shared Governance in collaboration with the UI administration.

A UI faculty member since 2000, Watt and her Multicultural Initiatives Consortium — a research team of UI grad students, alums, staff, and faculty — research how communities can participate more productively in diversity, equity, and inclusion dialogues.

Watt’s research centers on the Theory of Being, described as a transformative learning theory aimed to increase the stamina of participants in difficult dialogues, including anti-racism conversations.

She said the research began as an empirical study analyzing the ways people engage in difficult dialogues and developed an instrument to measure defensive reactions that result from those dialogues.

The research later evolved into looking at practices that allow engagement in difficult conversations productively through “ways of being”, like aligning one’s thoughts, feelings, and actions, Watt said.

“It’s the process of doing that around controversial issues that we’re paying attention to, and then the theory that we have helps you to practice those or points out practices that help you to be in or to build the stamina to stay in those conversations, using those various ways of being,” Watt said.

RELATED: Tovar: diversity, equity, and inclusion to be ‘core pillar’ in next UI strategic plan

The research team is constantly rethinking the Theory of Being as the climate of society changes, Mohebali said.

“The theory has more and more evolved in terms of how we can create humanizing spaces where we can learn together and from our differences, rather than creating divisive environments where people have to take sides, and there is no learning happening from that dialogue,” Mohebali said.

Watt’s research has an emphasis on a process-oriented approach, meaning it focuses on the process of creating change, instead of potential outcomes. This allows the research to shift away from a rush towards solutions, to avoid creating superficial fixes and additional problems.

Instead of engaging in research that is solely theoretical, Watt said she and her team aim to research and put the work into practice simultaneously.

“Our research is closely aligned with our practice and our practice is teaching people ways of being, how to build that stamina, and how to apply it in relevant ways that are not only process-oriented but are persistent in their own work,” Watt said.

Duhita Mahatmya, an associate research assistant in the College of Education, said the research that the team is partaking in is a cycle of putting the research into action and learning from it.

She said action has been implemented in partnerships with departments across campus to create conversations on diversity, equity, and inclusion work and to facilitate change that is more transformative for organizations, as well as in other areas.

“So that’s where we’ve done it: classroom level, within the college through the anti-racism collaborative, and then through partnerships across the university, as well as partnerships with nonprofit organizations or states,” Mahatmya said.