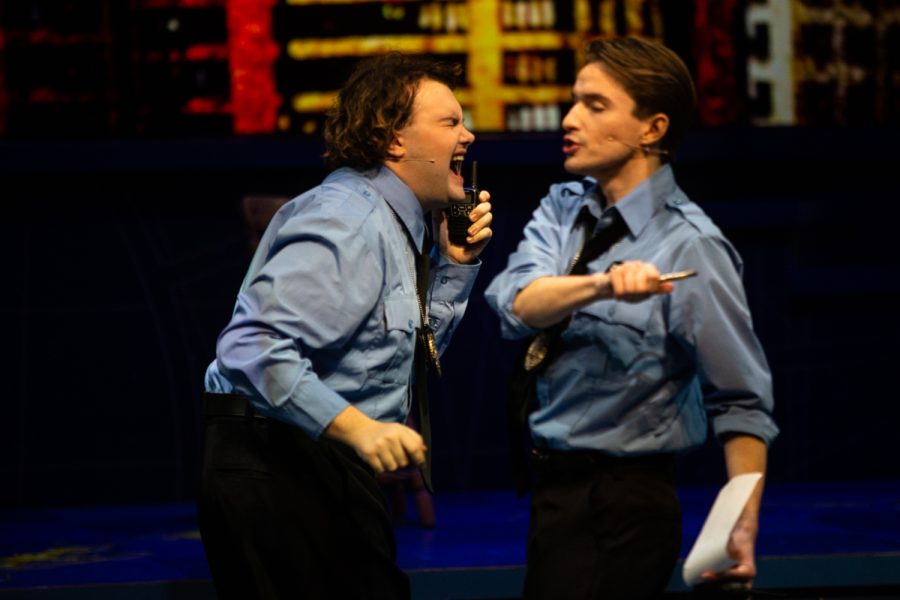 String, a musical about the three Greek Fates, performed a dress rehearsal on Tuesday, March 1, 2022. Under the stage direction of Eric Forsythe and music director Mark Bruckner, the University of Iowa cast explore the three Greek Fates’ fates in the tallest building in the world.