Two researchers at the University of Iowa are looking into the genetic causes behind cleft lip and palate among different populations, including African populations and twins. 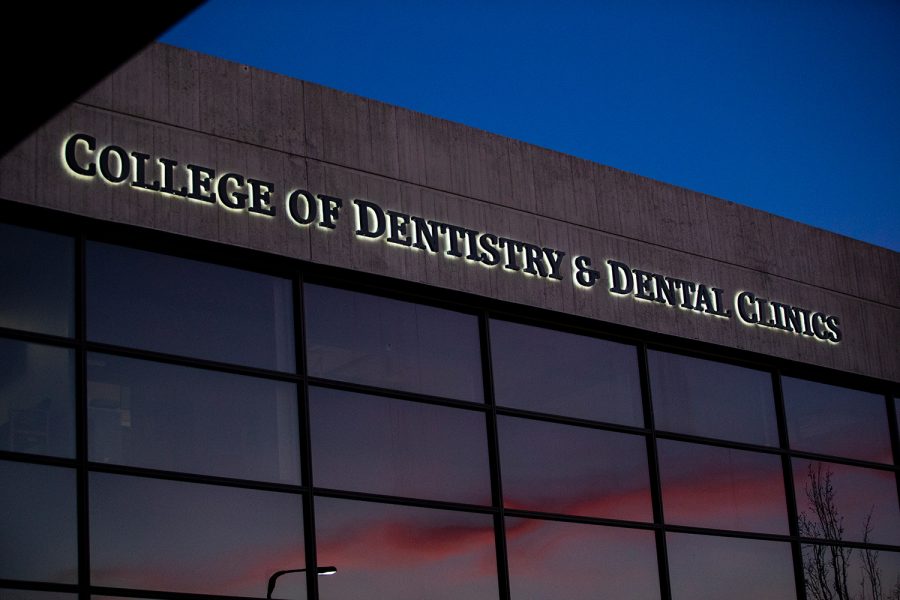 The University of Iowa's College of Dentistry and Dental Clinic building is seen on Sunday, Feb. 27, 2022.

Researchers at the University of Iowa are studying the genetics of cleft lips and palates to alleviate the financial and mental stressors of the condition on patients and their families.

Clefts develop early in pregnancies and often require multiple surgeries to repair, with medical costs of at least $5,000.

Azeez Butali, a UI associate professor in the College of Dentistry, researches people with clefts in African populations. He said research among this population has essentially been nonexistent in past decades.

Butali immigrated to the U.S. from Nigeria and said most studies he saw in cleft research mainly focused on Asian and European children. He said the African genome allows researchers to learn a lot about the genetic factors that contribute to cleft.

“Believe it or not, I am the primary cleft researcher for Africa,” Butali said. “Most of the genetic research, a significant number, over 95 percent of the publications coming from the continent is coming from my lab. We’ve been pushing and bringing data and value to the table.”

He said his research is focused on understanding the genetic causes of clefts first, something made more complicated by syndromic or non-syndromic cases of cleft palate and lip.

“The syndromic could be mendelian, just one gene or two,” Butali said. “For the nonsyndromic, it’s polygenic, meaning there are several genes [affected]. If you say you want to look at just one gene to prevent cleft, that might be a challenge.”

Butali said the focus of his research is ultimately the prevention of clefts, but that may take a while. He was hesitant to provide a particular date but did say that an increase in research has provided the field with valuable developments.

“We’re better than where we were so many decades ago,” Butali said. “What we now know in the last 10 years is even more than we [learned] in the last 30 years. That tells you that we’re coming closer to prevention because we have the tools to interrogate the genome.”

Another aspect with little research in the field, Butali said, is how alleviating the financial and physical burdens of clefts may help with the mental health of patients’ mothers.

Butali said he decided to research clefts generally because, after training as a dentist in Nigeria, the first patient he prepared for surgery was a child with a cleft. Once in graduate school in Scotland, Butali saw a research request looking into clefts.

Aline Petrin, assistant professor in the Carver College of Medicine, has been working with clefts for 18 years. Her research focuses on twins with clefts and is attempting to combine genetics and epigenetics to discover which factors influence the epidemiology of clefting.

“By understanding [the genetics], we have a better chance to ultimately, ideally, help prevent clefting,” Petrin said. “We can also use this information to improve the treatment outcomes that these patients have to go through. These patients with cleft, they go through many kinds of surgeries and treatments throughout their lives.”

Petrin said she has always been fascinated with genetics and used to work in a hospital in Brazil that is the largest facility in South America that treats patients with facial differences. She said about one in 700 people will have a cleft and helping this population is very important and relevant.

“It is something that impacts the lives of many people,” Petrin said. “We want to discover more and more about it to be able to help these patients.”

The different focuses of genetic research around clefts, she said, can be aggregated to help parents and patients in a variety of different ways.

“By combining data from different areas of research we gain more knowledge about how [a] cleft develops,” Petrin said. “That will allow us to give [parents] a better prediction of the risk of their child having cleft or not.”