The University of Iowa’s Undergraduate Student Government is seeking feedback from the university community on its Constituency Senator seats after struggling to fill them. 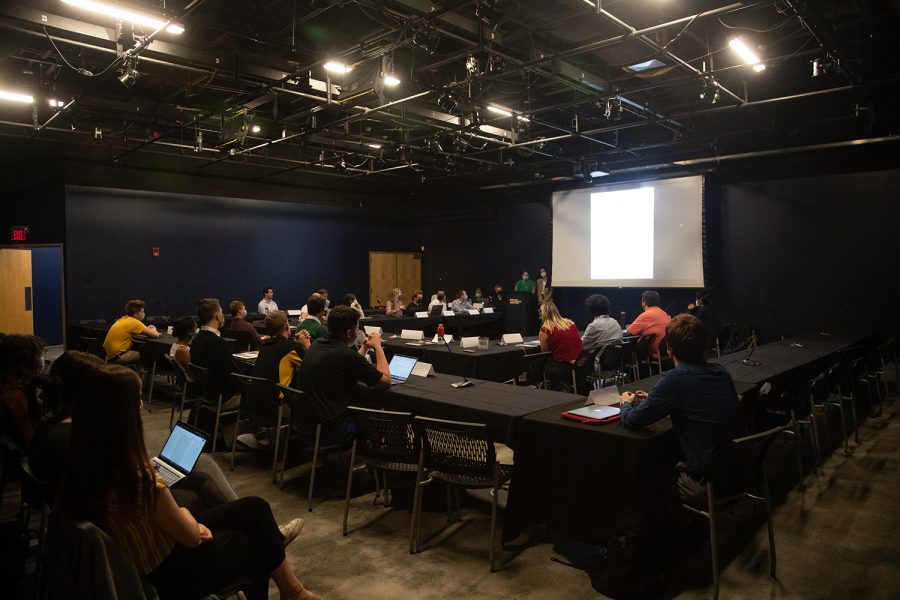 For the past two years, Undergraduate Student Government has been without a Native American constituency senator.

The constituency senator program is part of USG efforts to diversify membership and create a more equitable environment for historically marginalized groups.

On Monday, USG sent out a campus-wide email for survey feedback on its constituency seats. The email cites “a list of challenges” that USG has faced in filling the senator spots.

“These challenges include, but are not limited to, poor definition of Constituency Senator roles, tokenization, and prioritizing diversity without actually supporting marginalized students in USG,” the email said.

Nick Nachtman, USG Justice and Equity Chair and LGBTQ+ Constituency Senator, said this issue is one student government has been thinking about for a while.

“We want students of all walks of life to be represented without tokenization,” Nachtman said.

The Native American Student Association has not selected a student for the seat since the last USG session, and throughout the current session, he said.

Benton Renaud, University of Iowa sophomore and USG at-large senator, said the gap exists because of USG bylaws set that require the Native American Student Association at the UI to select a nominee for the seat.

“Per the USG bylaws, this seat is selected through an internal appointment or election process of the student organization of the Native American Student Association,” Renaud said.

Representatives from the Native American Student Association didn’t respond to requests for comment.

Nachtman said he hopes the constituency senator position can be filled soon.

“I have reached out to NASA about filling the seat and I am hopeful that by reopening that conversation that’s kind of fallen by the wayside in the past couple of years we can fill it in the upcoming session,” Nachtman said.

Nachtman said student feedback has suggested that Native American students may be hesitant to fill the seat because the Native American community at UI is smaller than other constituency seats that represent marginalized groups on campus.

“Having the responsibility to represent or be a face of an entire marginalized community can be very taxing and sometimes it can be hard to find a student who wants to fill that role,” Nachtman said.

According to UI Division of Diversity, Equity, and Inclusion data, 0.2 percent of students at the UI identified as Native American or Alaskan Native in 2021.

Editors Note: In a previous version of this story, The Daily Iowan reported the USG survey went out a week prior to the story’s publishing. The DI regrets this error.