New projects are the key to keep population booming in the Iowa City metro area. 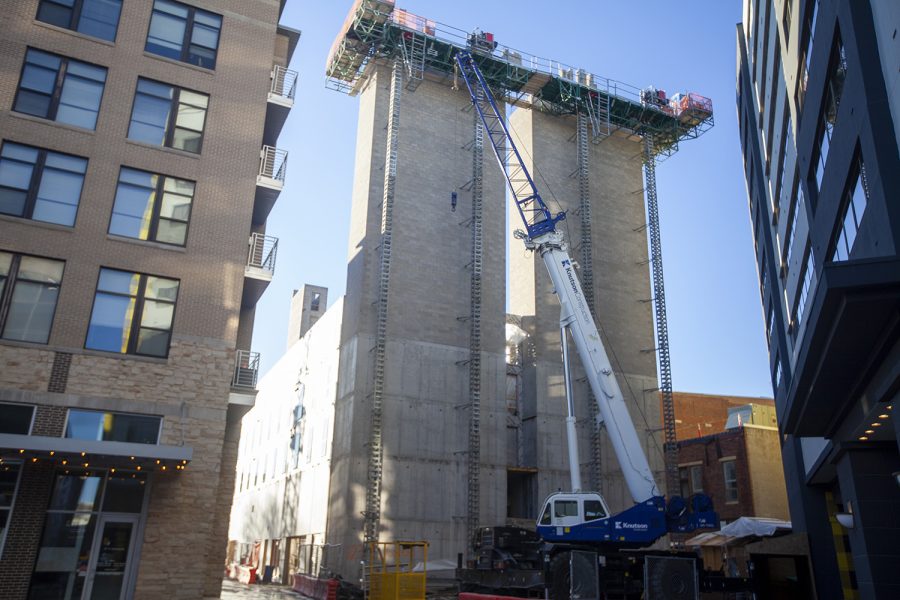 Whenever I visited Iowa City as a child, I was astonished by the Old Capitol.

Just 10 years ago, the Old Capitol was one of the biggest buildings in Iowa City. But now, it’s barely visible in the Iowa City skyline among the number of newly built high-rise buildings. With no doubt, Iowa City has grown tremendously in just 10 years.

Growth in the Iowa City metropolitan area makes a positive difference. While we should be proud of the progress made, we need to look to the future and plan how we can continue to improve our communities.

The Iowa City population grew 10.3 percent in just the last 10 years, according to the U.S. census. Along with a growing population, the racial makeup of Iowa City has changed significantly. From 2010-20, the Black population nearly doubled, while the population who identifies as two or more races tripled.

This follows a trend of booming growth across the county. Johnson County grew 16.8 percent, with substantial growth in suburban communities such as Tiffin, Solon, and North Liberty.

The Iowa City metro is currently the fifth fastest growing community in the Midwest. While this is a great accomplishment, we need to think new of ways to continue this growth.

New construction projects in the Iowa City metro are an obvious factor in the population growth. From new high-rise buildings, to sports arenas and hotels, the area has grown remarkably. As someone who grew up in Eastern Iowa, I can testify that the Iowa City metro area looks almost unrecognizable from the outdated look I remember from childhood.

Leaders in Johnson County recognize this trend as well. On Feb. 17, The Iowa City Area Development Group hosted representatives from Johnson County, the University of Iowa, and MidAmerican Energy at its Build Johnson County event at Kirkwood Regional Center.

“Our growth in population, the vision of our communities and the investments they’re making in placemaking, community development, housing is all going to serve us well,” Iowa City Area Development Group President Kate Moreland told the Iowa City Press-Citizen.

A growing metro area benefits everyone. We need to continue these projects to improve our communities and continue our population growth.

New housing, such as the project proposed by Forsythe, is vital to keep our cities growing. As a student, I can personally attest to the difficulties of finding housing that is both affordable and close to campus. More housing not only helps students find more ideal living, but it also brings new people into the metro area.

Projects also add new excitement and pride in communities. While it is important to keep the history that charms Johnson County, we need to invest in our communities by updating existing infrastructure and building new facilities. New projects should make people want to live in Johnson County, rather than visit.

We should be proud of the progress our county has made, but also look to improve our communities. That’s why we need to continue with new projects and developments.