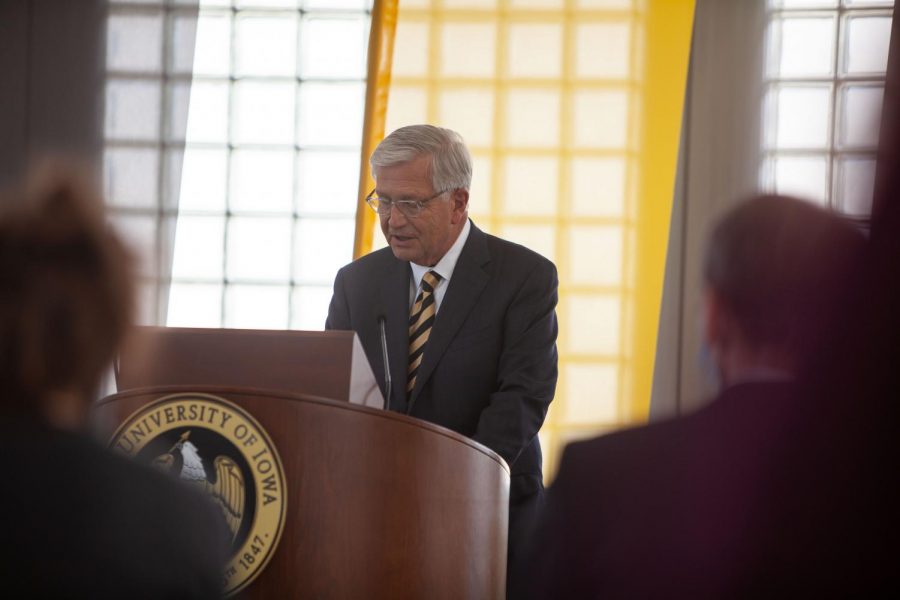 Iowa Board of Regents President Mike Richards announces Barbara Wilson as the new University of Iowa President at a press conference in the Levitt Center for University Advancement on April 30, 2021.

Iowa’s public universities’ overall retention rates are down by 1 percent and graduation rates within six years are up by 2 percent since the 2020 cohort, the fall 2021 graduation and retention report revealed.

The report highlights the UI’s efforts to facilitate retention and timely graduation, including [email protected], the First Gen Hawks program, and Learning Assistants among others. These programs focus on decreasing gaps in retention and graduation rates of first-generation, underrepresented minority, and Pell eligible students, the report states.

Regent university graduation rates are also performing well when compared to other Iowa colleges and universities. The regent institutions are the top three producers of bachelor’s degrees in the state of Iowa, with the UI coming in second with 5,586 students earning a bachelor’s degree in 2019-20.