By using their voices, Black students, faculty, and staff have communicated and initiated ways the University of Iowa, a predominantly white university, can improve to become a more inclusive and equitable institution. 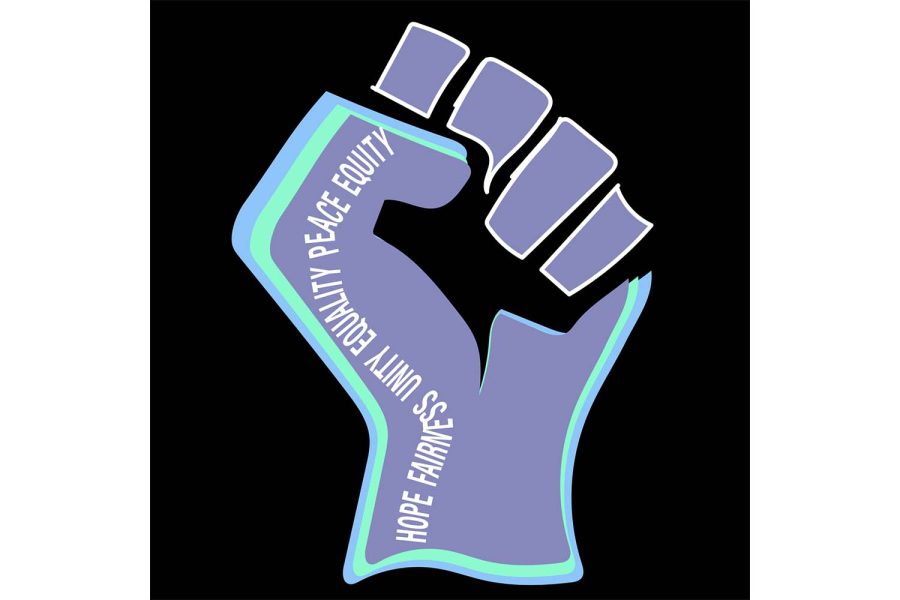 Black students at the University of Iowa have a long history of creating needed change.

Alexander G. Clark, Jr. was the first African American student to graduate with a law degree from the College of Law.

In Hawkeye sports, Richard Culberson was the first African American basketball player in the Big Ten Conference in 1944.

The list goes on to include greats like Frederick Wayman “Duke” Slater, who attended the college of law at the UI and played football during his academic career. He became the first African American lineman in NFL history. Slater Hall, a dorm,  was named after him.

These changes were made in the face of adversity, however. When Slater’s attended the UI, Black students were prohibited to reside on campus. In fact, they were not allowed to live in the residence halls until 1945.

Students like Slater had experienced racial discrimination and segregation in the early twentieth century.

Today, Black students continue to initiate change at the university, using their voices to point out disparities and propel new ideas forward to create a welcoming environment at a predominantly white university.

Talia Howard, a dance and enterprise leadership student, is currently involved in a ballet club at the UI. She said she recently learned that communication is not about trying to get a message across, but exactly how to get the message across.

In this case, her message included ways to improve the Department of Dance at a time when the department was not including African diaspora dance techniques in dance movement.

Howard said the department now has a new teacher from teaching more equity and African diaspora movements and techniques and have renamed some courses to make them less Eurocentric and whitewashed.

Darrian Lane, President of the Black Student Union at the UI, said he joined the organization because he wanted a safe place for African Americans on campus.

“I wanted to do more with them to get involved on campus. I wanted to give them proper resources for guidance,” he said.

Lane said he didn’t always feel like part of a community when he came to the UI campus.

”When I first came in here, the only Black people I knew were on the floor that I stayed on,” he said.

In fall 2021, the Diversity, Equity and Inclusion department at the UI recorded that only 3.1 percent of students at the university are Black.

Michaeljulius Idani, a graduate student at the Writers Workshop at the University of Iowa, said it has been an adjustment being at the UI, but pleasant in many ways.

“I wanted to design it around Black literary traditions, to really focus on Black writers, Black cultures, and Black approaches to writing in all of my classes that I’ve taught here,” he said.

Before working with the UI, Idani said he attended two graduate programs and has gotten used to being in unfamiliar environments where he was one of only a few Black students.

“I think that you get kind of used to being one of the few. You develop a way to kind of navigate these environments,” he said.

Idani is also an advisor for the Alpha Phi Alpha Fraternity, where he said he is always willing and excited to give advice to students.

“It’s kind of like that each one teaches one, we have to support ourselves. It’s peer support and peer learning,” he said.

Idani said although there are resources on campus like the Afro House, they have been limited in what they could provide. He is hopeful that those resources will increase as things come transition back from online to in-person.

The Afro House at the UI has 13 affiliated student organizations, including Hubbard Scholars, the African Student Association, and Sista Speak.

“I hope that there’s an opportunity for the university as an institution in the administration to really partner with a lot of these incoming students and newer students in developing the organizations that they want to see,” Idani said.

“There’s a lot of supportive need within that particular group in general that I really hope that the university faculty administrators can key on to provide that support,” he said.

In September 2021, The Daily Iowan reported that students felt concerned about the UI’s lack of diversity within the faculty and student bodies. A 2020 DEI Climate Campus Survey showed that 50 percent of faculty and staff who identified as part of an underrepresented minority said they have seriously considered leaving the UI.

Jada McDonald, a public health student, said that while her experience as a student has been hindered due to the pandemic, overall, she enjoys attending the UI.

She does, however, believe the UI needs to try harder to implement more steps toward equity.

“We need to teach people that it’s okay to be uncomfortable. It’s okay to learn new things, and to remember that we’re still in a society that does not treat people of color fairly, specifically Black people,” Mcdonald said.