The James theater has opened on Gilbert Street with the hope of providing up-and-coming artists a place to perform. It is co-owned by local couple Leslie and Mark Nolte. 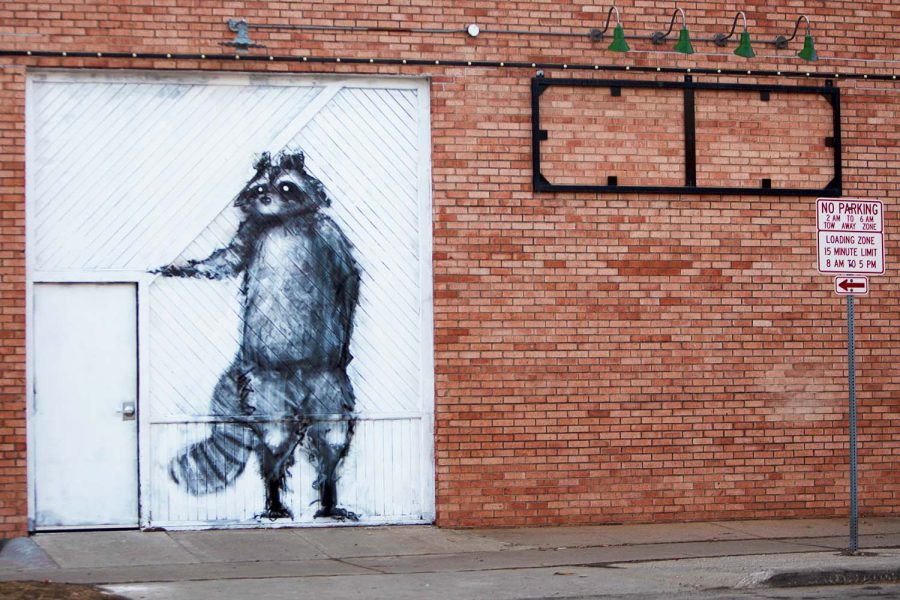 The James theater has officially opened on Gilbert Street.

Mark and Leslie Nolte, who also own Nolte Academy of Dance in Coralville, purchased the building in 2021. The space had been previously occupied by Riverside Theatre.

The couple describes the theater as small, but community-oriented, with the aspiration of giving up-and-coming talent a place to start out. Their goal, as described by the flyers handed out at the front of the building, is to contribute to making Iowa City the best small city for the arts.

The James theater Director of Operations Zoe Fruchter explained that the space allows artists to put on close, intimate performances.

“I think that this venue fills a niche in the art scene here where artists can come at whatever stage of their development,” Fruchter said.

Inside the theater, all is black, but the full immersive experience the transformable space brings isn’t just due to the paint job. Technical director Julia Corbett said the theater’s lighting and sound equipment serve to further draw in the audience.

“We have 30 fully LED moving lights, we have great color,” Corbett said. “We have a really awesome sound system, like we have eight speakers these days, which is amazing.”

The theater seats 122 people. Two large glass doors face out toward the street and help convert the space to an outdoor theater when opened. The Noltes expressed interest in exploring this second use during the summer.

On one of their opening performances on Saturday, Mark Nolte’s Iowa City-based band City Park performed. The event filled the theater’s lobby with friends and family members reminiscing about college and catching up. With so much energy in a small space, it was hard not to get lost in it.

The Noltes expressed that The James is in part designed to give up-and-coming college students a place to perform. Over the course of the night, several different kinds of acts were discussed by the staff, including the burlesque show the theater hosted on Feb 12.

Leslie Nolte said that her hopes for the theater included hosting new artists.

“I hope that we find those up-and-coming performers that are maybe traveling from Chicago to Minneapolis, but that you know, we had them here as first-type acts,” she said. “I hope that we get to sort of live on that circuit, because we really invested in the sound and the light equipment to give the artists a really great experience.”

Both in the construction of The James and the way the owners have described it, the Noltes and their team will use the space to help new artists get discovered.