Republicans in the Iowa legislature need to move past non-inclusive rhetoric and instead focus on substantive issues. 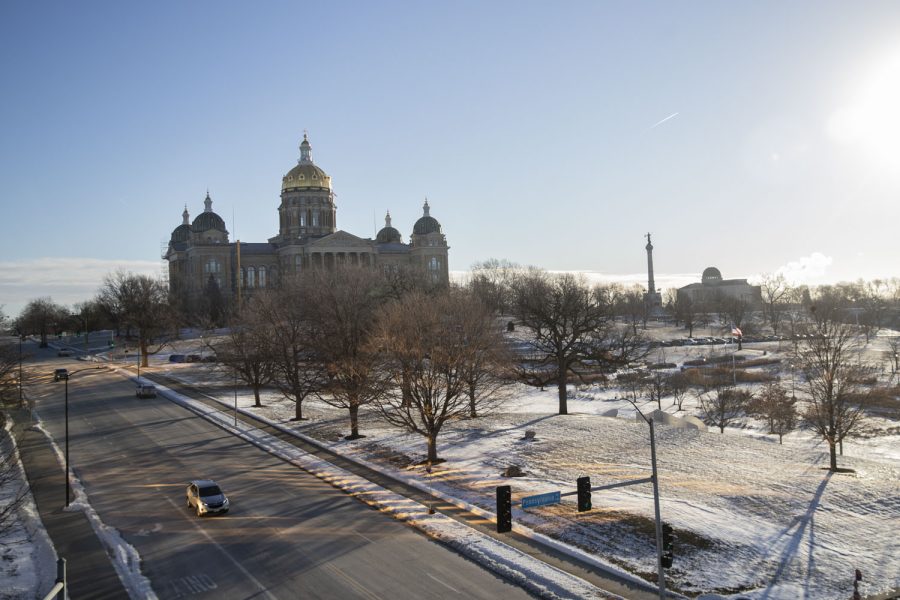 The Iowa State Capitol is seen before the opening of the 2022 Legislative Session in Des Moines, Iowa, on Monday, Jan. 10, 2022. (Grace Smith/The Daily Iowan)

We have all heard the idiom “some things never change” countless times.

I disagree with the notion that certain things will never change. Afterall, progress seems unattainable without change. But Iowa Republicans seem to govern by this idiom.

In 2021, Republicans introduced a record number of anti-LGBTQ bills in Iowa’s 89th general assembly, and this year, they have introduced even more. This pattern of non-inclusive rhetoric needs to end, and Republicans need to focus on the issues that matter.

In January 2021, the Iowa legislature kicked off the 89th legislative session. During the 100-day session, bills were introduced, passed, struck down or put aside for the next delegation.

Last year, Republicans introduced 15 anti-LGBTQ+ bills, many of which target transgender people. This legislation included HF170, which opens more paths for discrimination against LGBTQ people. H187 that bars transgender people from using restrooms that correspond with their identity.

This year, a record 17 anti-LGBTQ bills were introduced. Many of these bills are targeted against the transgender students.

These bills includes SF80 which could impede teachers from using a some students preferred pronouns, SF2024 which prohibits discussion of gender identity in the classroom without parental consent, and a bill that bans transgender girls from participating in girls’ sports.

In 2020, a group of Republican lawmakers proposed a bill that would remove discrimination protections for transgender people from the Iowa Civil Rights Act. This bill died in a subcommittee, citing “unintended consequences.”

In response to this bill, Mark Stringer, executive director of The American Civil Liberties Union of Iowa said the bill attempts to roll back the clock.

“Discriminating against transgender people — or any Iowans — will not make them, or us, go away or stop being who they are,” Stringer said in an AP article. “We’ll continue to remind legislators of the obvious: Transgender people already do exist; they aren’t going anywhere.”

This anti-inclusivity rhetoric is counter-productive, and it needs to end. The attempts to restrict and block the rights of the LGBTQ+ community will not move Iowa forward. It will set us back.

We need legislators — from both parties — to stand for issues that matter. This includes making voting more accessible, supporting communities hurt by COVID-19, and improving the state’s infrastructure. Unfortunately, Republicans seem preoccupied with targeting the LGBTQ+ community rather than helping communities in need.

The Iowa legislature works on behalf of the people, and it is our job to hold them accountable.

The pattern of non-inclusive rhetoric needs to end. Republicans need to move past this anti-LGBTQ rhetoric and work to make substantive progress. Things need to change. If the legislation Republicans introduce does not signify a significant change in the party, then we need to elect new leaders in the upcoming midterms.