Alquist 3D, an Iowa City business, builds homes from 3D printers with concrete. The business most recently constructed a home for Habitat for Humanity. 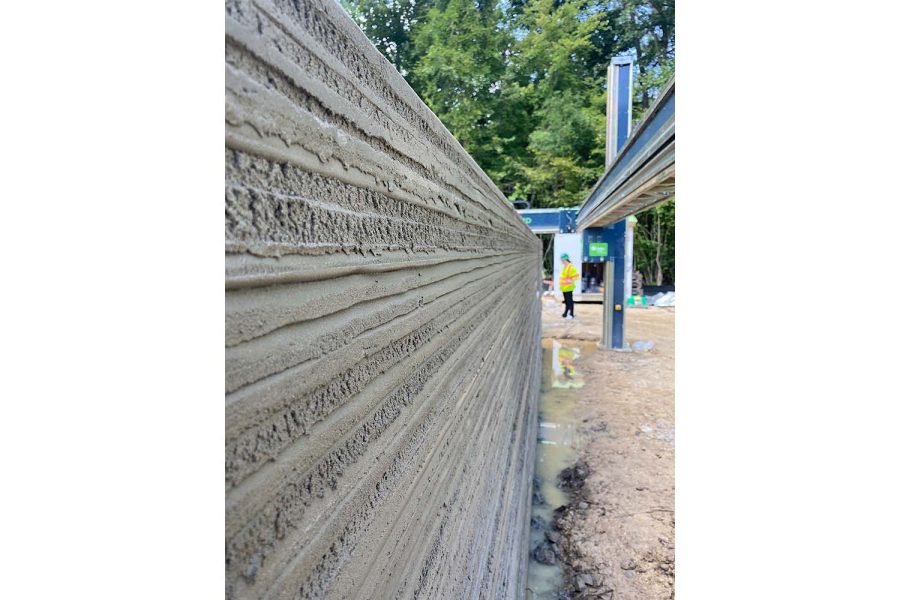 The company builds the structure of homes from 3D printers, which are then assembled and plumbing and electricity are added later. Traditionally, homes are built using wood, but the 3D printer works entirely from concrete.

“The idea behind it is creating efficiencies in the construction process,” Alquist 3D founder and CEO Zachary Mannheimer said. “The construction industry has not changed really at all in the past 100 years.”

Mannheimer founded the company six years ago when he discovered 3D printing and became obsessed, he said. He said that there is a lack of affordable housing in the United States, and 3D printed houses are more cost-effective.

“Housing costs are increasing across the board, everywhere,” Mannheimer said. “There’s really only two solutions to help going back to the American dream of having folks being able to afford a home. One is that companies need to pay their employees more so they can afford the rising costs of home construction, or to drop the cost of home construction.”

The Virginia chapter of Habitat for Humanity is home to the first 3D-printed Habitat House after partnering with Alquist 3D in December 2021.

“Concrete, which is what we use to print, also has additional long-term savings because it better retains temperature, saving on heating and cooling costs,” said Janet V. Green, Habitat for Humanity Peninsula and Greater Williamsburg CEO. “And concrete is also more resistant to tornadoes, hurricanes, and it doesn’t burn.”

“We’ve been very blessed here in Williamsburg, Virginia, to have ample enough volunteers, especially on this 3d printed home because so many people wanted to see what it looked like since it was the first in the nation,” Green said.

Traditionally built houses usually take about a dozen people to construct and take a minimum of two weeks, while the 3D printed houses need as few as two people to put the pieces of the wall together and can be assembled in as little as 20 hours.

Mannheimer said that there are plans to build in Iowa sometime this year that the company will announce in the spring.

“You’ve got savings in labor, you have savings in material,” Mannheimer said. “The concrete is far less expensive than traditional lumber. You have a savings in time.”

Green said that building the 3D-printed house in Virginia only took about 28 hours to construct.

“We think that this will be just another way that we can be building more affordable homes for these deserving families with low to moderate incomes,” Green said.