Opinion | Representation in Iowa: what we need to fix

During a historic moment in representation, Iowa does not reflect the country's progress. 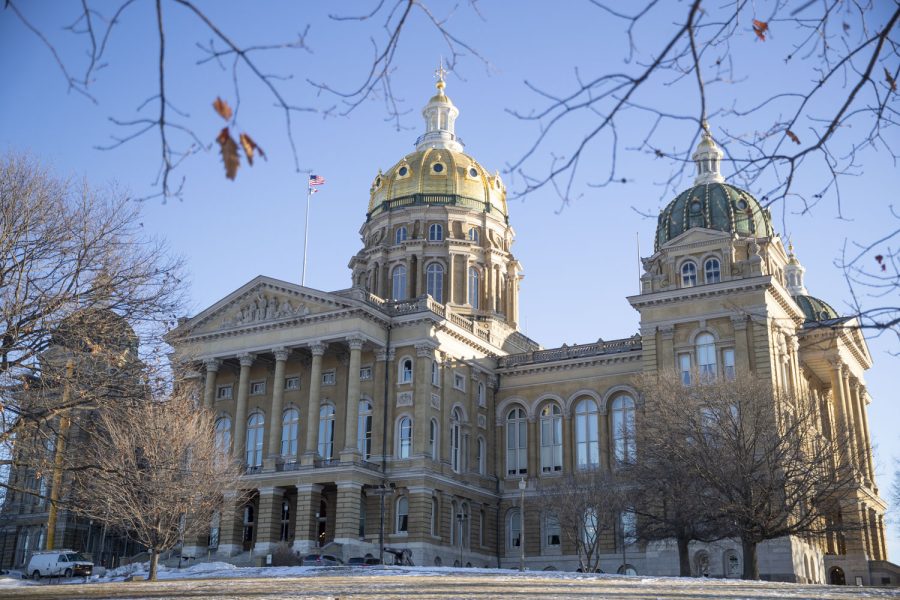 The Iowa State Capitol is seen before the opening of the 2022 Legislative Session in Des Moines, Iowa, on Monday, Jan. 10, 2022.

President Joe Biden says he will nominate a Black woman to the Supreme Court, declaring this historic nomination as “long overdue.”

But Biden’s move to nominate a woman of color to the Supreme Court is not without backlash. Many Republicans believe this promise is unfair, with Sen. Ted Cruz, R-Texas, calling Biden’s actions “offensive.”

Similar to most seats ever held on the Supreme Court, the Iowa Legislature is almost exclusively white and male.

As it stands, the Legislature is 95 percent white.

In addition to this lack of diversity, the Legislature is overwhelmingly male. Women account for just 31 percent of House members and 24 percent of Senate members.

Of the 100 seats in the Iowa House of Representatives, there are just two Black women, Rep. Ruth Ann Gaines, D-Des Moines, and Phyllis Thede, D-Bettendorf.

Iowa’s higher-education institutions also need better representation. Though the University of Iowa promotes itself as a diverse community through initiatives like the Diversity, Equity, and Inclusion division, the faculty demographics remain stagnant.

Of the 1,474 tenured and tenure-track faculty at the UI, 23 percent are minorities, and 34 percent are women.

This might be expected to many considering Iowa’s population is nearly 85 percent white. However, that number should not be an excuse for a lack of diversity.

Representation matters on all levels, and Iowa needs to do better.

Affirmative action are policies, laws, and initiatives to increase the historically disproportionate representation of minority groups and women.

This spring, the Iowa City Community School District will launch the Grow Our Own program to support students interested in teaching, especially students of color.

Current students work with teachers to learn about the profession. If students decide to pursue a career in education, they receive financial advice for the college enrollment process, and are guaranteed a job upon college graduation if one is available.

As a lifelong Iowan, I spent nearly 15 years in Iowa public schools. Of the three school districts I was enrolled in, I had only one teacher of color.

Though the progress has been slow, the country is slowly building a more representative country. Iowa needs to do better on all levels.

As Iowans, we need to be more aware about the issue of representation in politics. Iowa continuously falls short of electing people of color and women into roles of leadership. In the upcoming midterm elections, we all need to be aware of this issue, and work to support more candidates who will promote diversity.

In higher-education institutions, like the UI, we need to focus on recruiting educators from diverse backgrounds and retaining those who are already on staff.

The advancement of representation in Iowa is long overdue. When the next Supreme Court Justice is sworn in, the country will move a small, yet vital step forward in the right direction. Iowa needs to follow this step and promote representation in leadership.