Stanley Museum of Art to open early on Aug. 26

The Stanley Museum of Art will have it’s ribbon-cutting ceremony early on Aug. 26, instead of Sept. 2 as originally planned. Activities will follow the ceremony including open houses and concerts throughout the week. 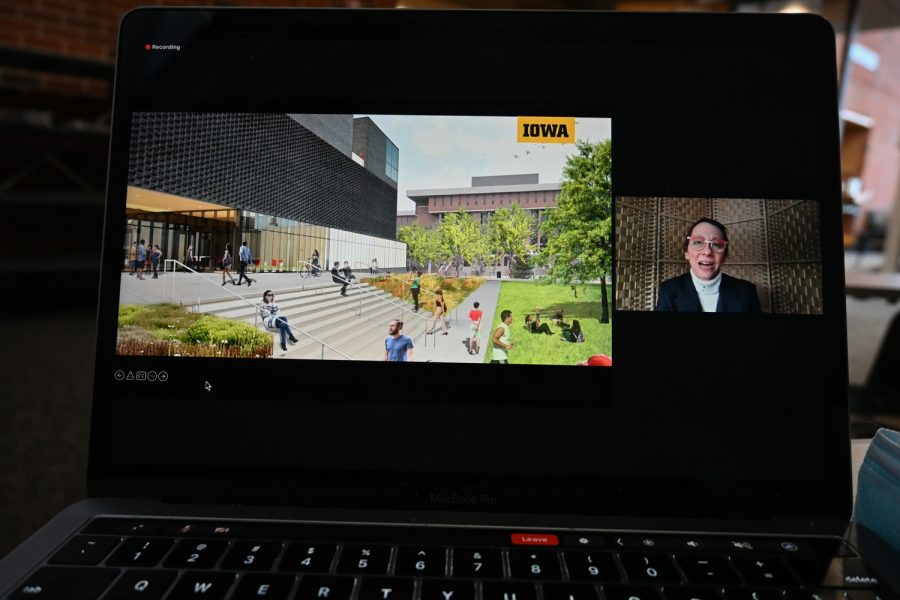 Director of the University of Iowa Stanley Museum of Art Lauren Lessing gives updates and a sneak peek on Iowa City’s under construction art museum on February 8, 2022. The museum is set to open its doors on September 2, 2022.

The new Stanley Museum of Art will have its grand opening in time for the return of students for the fall 2022 semester.

The ribbon-cutting ceremony, which was originally scheduled to take place on Sept. 2, will now happen on Aug. 26 at 3 p.m.

Lauren Lessing, director of the Stanley Museum of Art, said at a University of Iowa Faculty Senate meeting on Tuesday that following the ribbon-cutting ceremony will be a week’s worth of celebrations.

“We will have open houses, concerts, and activities through the next week,” she said.

The building reached its completion on Jan. 31 and museum staff can now enter the space, Lessing said.

“We have the keys, which is fantastic, and we can begin to set up tours for faculty,” Lessing said. “In my dream, I would have been walking faculty through for hardhat tours throughout the construction process. We were really very limited in terms of our access to the building, but now we have the keys, so we can move forward in a more open way.”

In the meeting, Lessing updated faculty representatives on the new specific plans for each area of the building.

RELATED: Stanley Museum of Art set to be completed on Dec. 23

While the UI collection cannot be shown in the lobby because of the sunlight that shines in, Lessing said the plan is to use the area as a space for rotating installations of work by artists with a strong connection to the university or the state of Iowa.

“The first of those artists will be Odili Odita. The mural he’s creating for us is key to Jackson Pollock’s mural, it’s his response to that famous 1943 work in our collection,” Lessing said. “Although Odita didn’t receive his degrees here at the University of Iowa, both of his parents received their graduate degrees here, and he spent a portion of his childhood here in Iowa City.”

Lessing said Odita will be in the museum painting the mural in April.

“He’s going to be back Apr. 1 through Apr. 14 with his assistants painting this mural and we will have tours,” Lessing said. “We’re also probably going to have a live cam so you can watch it as it’s being painted.”

The museum has already planned the pieces it will have for the next three years, but Lessing said she looks forward to working with UI community members on ideas for what to bring into the museum.

“We are very open to working with faculty on ideas for exhibitions going forward from 2025 on,” she said.