Corridor Entertainment Group, owner of Studio 13, Joystick Comedy Arcade, and Players Sports Bar and Grill, managed to find success during a difficult time for many businesses. 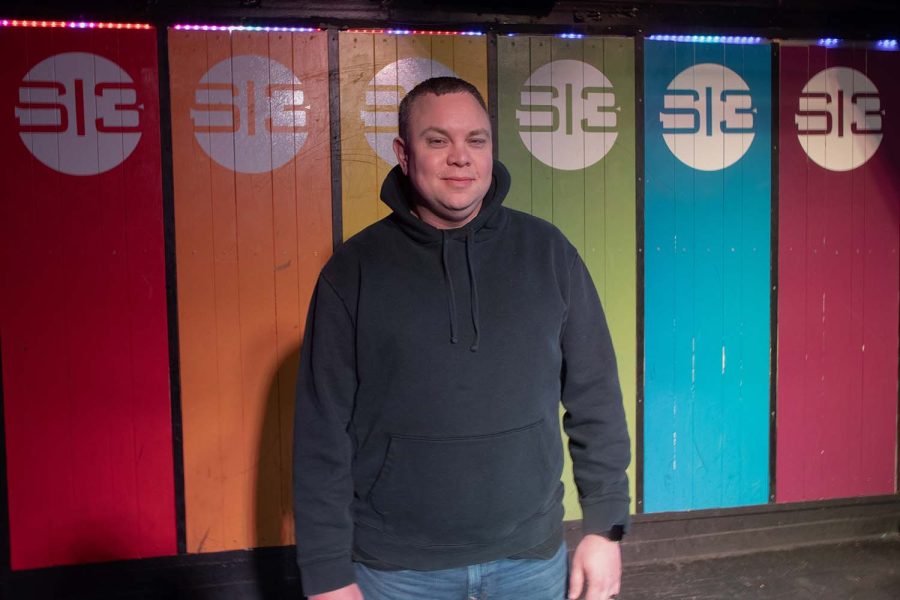 During the difficult times of the COVID-19 pandemic, Corridor Entertainment Group has managed to find success.

Jason Zeman, CEO of Corridor Entertainment Group, said his business has been lucky to receive the opportunities it has over the course of the pandemic.

“Every time there’s adversity, there’s opportunity, and we’re just trying to make the best of that,” he said.

In January, Belle’s Basix was set to close its doors. Then, Corridor Entertainment Group stepped in. Zeman said he had known the previous owner of Belle’s Basix for 20 years before making the acquisition.

“The bar business is difficult, just in normal times, and then, last couple years have just been wild and stressful,” Zeman said, “…I get it, why they were ready to walk away and do something else, because it’s a lot.”

Zeman said because of the infrastructure his business already has in place in Iowa City, the acquisition of Belle’s Basix made sense, adding that it can help with cost savings and bringing in performers.

In the first couple of months of the pandemic, Zeman was unsure if any of his bars would open back up again. While none of his bars were open, he said the bill payments didn’t stop.

“We did get some deferment from some people, and I know other bars have done that too,” he said.

In fall 2021, Corridor Entertainment Group rebranded the Yacht Club, a bar and venue for music and comedy, turning it into the Joystick Comedy Arcade. The rebranded bar, attached to Studio 13, focuses on stand-up, bringing in regional and national comedians, alongside a variety of arcade games including Ski-ball, Pac-man, Donkey Kong, and Sno-Bros.

Zeman said despite minor initial resistance to the rebrand from Yacht Club’s regulars, the change has been a positive for Corridor and has been well-received by customers.

“I like to have activities that don’t always involve drinking,” Zeman said, adding that customers have the option to play arcade games, get some food, sing karaoke, and watch a comedian.

Even though businesses across the country are seeing staffing shortages, Zeman said Corridor’s bars haven’t had many issues retaining employees. He said this has been helped by their increase in wages and bonuses offered to employees.

Zeman said he attributes the success of his businesses during the pandemic to being transparent and gracious with customers. He added that the diversity in the genre of Corridor Entertainment Group’s bars “doesn’t hurt.”

“Eden has a nightclub kind of vibe, obviously Players is a sports bar and Joystick’s a comedy club, and Sanctuary’s an English pub style restaurant,” Zeman said.

Ingrid Lillskau, a Coralville resident who frequents Corridor Entertainment Group’s bars, said places like Joystick Comedy Arcade and Studio 13 are the two main places she feels she can be whoever she wants to be.

Lillskau said, as a member of the LGBTQ+ community, it doesn’t always feel like she has that luxury at other bars.

“And I just think that seriously, these two bars are my favorite bars in all of Iowa City,” she said.

Ben Stoffer, operations manager for Corridor Entertainment Group, said he loves hearing people say that their bars provide a safe environment for everyone who walks in the door.

“Generally, you can go to any one of our bars, and you know that you’re welcome there,” he said, “I don’t always refer to Studio [13] as the ‘gay bar’ either, because, honestly, it’s just a bar.  Anyone can come here … We want to be a safe space for anyone.”