After the state Board of Regents voted to retire the ACT/SAT admissions requirement, the University of Iowa is letting prospective students decide whether to submit test scores. 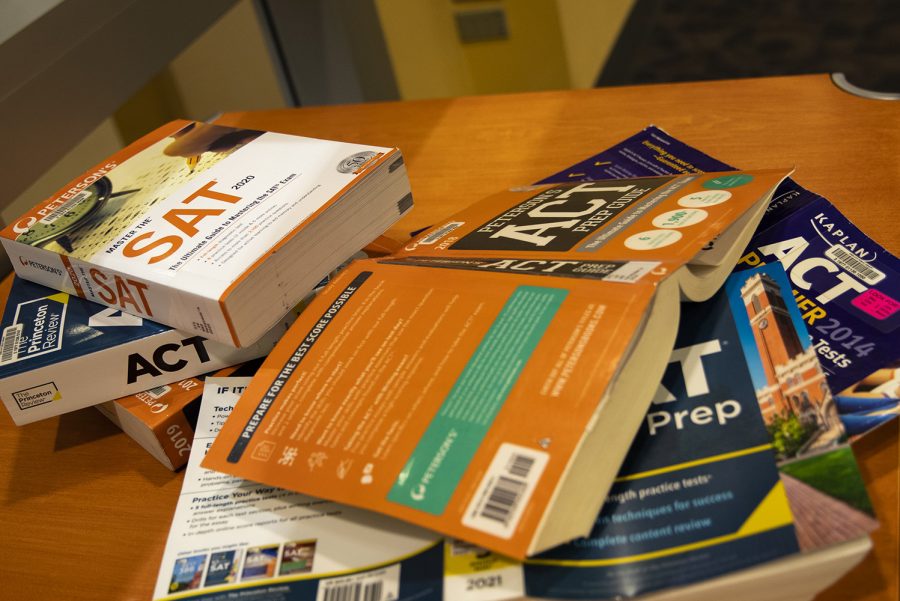 The state Board of Regents has decided to make test-optional policies permanent for admission to Iowa’s public universities, and some incoming students say the stress of application season is lessening slightly.

On Jan. 12, the regents voted to make the standardized testing requirement optional, including the ACT and SAT, for university admission of first-time undergraduates.

Traditionally, those applying had to submit either their SAT or ACT score to be evaluated and considered. Because of COVID-19 and testing facility cancelations, regent institutions adopted emergency test-optional policies for those who were unable to complete an SAT or ACT test in the fall of 2020.

UI Director of Admissions Kirk Kluver said adopting the then-emergency test-optional policy was the correct thing to do.

“We had students come to us early on, ‘I signed up six times for the SAT or the ACT, and it got canceled,’” Kluver said. “As a result, when all these testing cancellations are happening, the board granted the three regent institutions the authority to review student applications, and then we could admit those students we believe are academically qualified.”

For many years, the regent institutions have been using the Regent Admission Index, or RAI, to calculate admission for those applying. Students are automatically admitted to schools with an RAI score of at least 245 based on high school GPA, the number of core college prep courses taken, and ACT score.

Now, regent institutions evaluate students for admission with or without submitting their ACT or SAT scores. Those who opt out of submitting may be required to submit additional academic documents, transcripts, or a personal statement to receive an admission decision, the UI admissions website said.

The RAI index will remain the same for those who apply and submit their score, Kluver said.

“The RAI is unchanged. Even in the early pandemic when testing was limited, 60 percent of our applicants submitted a test score,” Kluver said. “RAI is still there and achievable for students who submit a score.”

Leah Puttin, an incoming first-year in the UI class of 2026 from Batavia, Illinois, said when she applied, the test-optional admissions process helped her.

“I was super relieved that Iowa was test-optional, as I’ve never been the best standardized test-taker,” Puttin said. “My grades have always been awesome, and I knew my well-roundedness would help me earn acceptance, because a number should never define a student.”

Puttin said she enjoyed the test-optional policy, as it helped highlight other aspects of herself as a student.

“I loved that it was test-optional, because I knew my scores weren’t the best and that my GPA and involvement in my school would benefit me and make me stand out,” Puttin said.

With this new policy, the UI is the fourth Big Ten university to adopt test-optional policies permanently. Throughout the country, more institutions are moving to become test-optional.

Janet Godwin, the chief executive officer of the ACT, said she has seen a lot of schools extend their policies.

While more schools are moving to test-optional policies, the ACT is looking to help higher education institutions in whatever way they can, Godwin said. ACT’s headquarters are in Iowa City.

Godwin said she feels the ACT exam is still helpful for the students to take, but she understands that the test-optional policies relieve anxiety surrounding admissions and control over what they want to send into schools.

“Test-optional is one way to put more agency in the hands of students,” Godwin said. “I do think students will benefit from continuing to take the ACT to see how they’re doing on a national standardized college readiness scale. Giving that power to individual students to make the decision of what they include in their admissions portfolio is a good thing.”

Kluver said he thinks students enjoy the test-optional policies specifically at the UI because they can be reviewed, and then they can send in a score at a later point in time.

“I think students really love the aspects, ‘I can apply test-optional to Iowa. I can be reviewed initially. Once they have admitted me, I can then later submit a score and meet the RAI threshold,’” Kluver said.

While part of the policy is changing, Kluver said he recommends students continue to take standardized tests if they are able and submit their scores, as it can help with scholarships.

“We would strongly encourage [students] to still plan on taking the ACT or SAT. When it comes time for that student to apply for admission, they’ll have a choice,” Kluver said. “I think it can limit their opportunities if they choose not to take the ACT. The encouragement is: Take the test, submit the score, and then when it comes time to apply, you have an option to include it.”