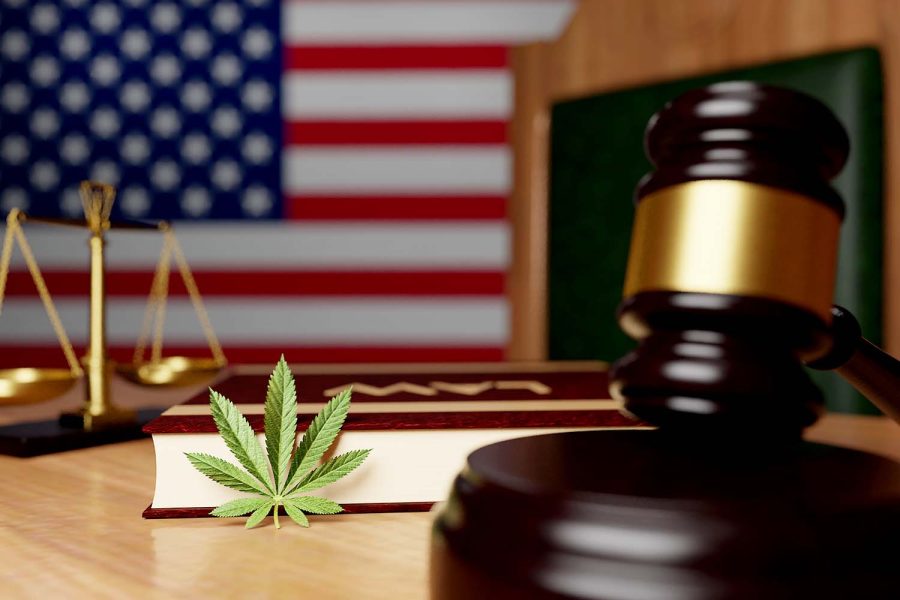 If voters and legislators want to help build a brighter future for Iowa, they should legalize cannabis. When all sides are considered, such as economic benefits and criminal justice reform, the scale tips deeper into the pro-legalization side.

The proposed amendment would allow the sale of cannabis to those 21 and older and would establish a 20-percent state tax rate on sales and allow local governments to establish up to a 2-percent tax rates on sales.

Legalizing cannabis is not an unpopular proposal among Iowans. A 2021 Des Moines Register/Mediacom Poll showed that 31 percent of Republicans, 71 percent of Democrats, and 59 percent of independents supported the legalization of recreational cannabis use in the state.

According to a U.S. News article published in January, 18 states in the U.S. have legalized recreational cannabis products. These laws vary by legal amounts to possess, whether sale of product is allowed, if product can be grown in residential homes, and if residents of other states can purchase while visiting.

Iowa’s prisons are operating over capacity, in part due to the over policing of drug use. A report from the Iowa Department of Human Rights found that prisons in Iowa are overcrowded by 9.2 percent. Of the 3,085 new admissions to Iowa’s prisons in 2020, 24 percent (or approximately 740) of these admissions were for drug offenses.

Overcrowding of prisons is more than a “too many bodies in a single space” issue. It leads to overuse of resources, disproportional demand compared to staff, and creates opportunity for bias to become racial discrimination.

Across all criminal cases, people of color in Iowa — specifically Black residents — are more likely to be sentenced with prison time than their white peers. According to the U.S. Census Bureau, Iowa’s overall population is 4.1 percent Black as of July 2021. Comparably, data from the Iowa Department of Human Rights shows that Black folks equal 25.5 percent of Iowa’s entire incarcerated population.

There are also economic benefits to legalizing the sale and use of cannabis products. It is currently projected that every dollar of cannabis sold leads to $2.13 to $2.40 generation in economic activity.

If the costs of regulating cannabis use through police and other criminal justice actors is negated from state and local budgets, that unused money could be put toward proven methods — including social services — to encourage safe drug use or negate drug use entirely.

One counterargument to the legalization of cannabis use for those over 21 years of age is the potential damage to the environment. Of highest concern is the amount of water cannabis plants consume during the growing and cultivation process.

However, one scientist from California notes that legalization could be used as an avenue to combat environmental concerns related to mass cannabis growth.

Jennifer Carah, a doctor quoted in JSTOR’s Daily news publication, hypothesizes that legalization could convince more growers to become state-approved cannabis farmers and stores. Practices that cause environmental concerns could then be government regulated.

The conversation cannot end with legalization of cannabis products. To truly achieve justice, we must release all persons currently affected by cannabis-related charges.

To quote screenwriter Aaron Covington from May 2019 on Twitter: “When the dispensary looks and operates like an Apple Store it’s time to release a lot of incarcerated human beings. A lot, a lot.”