Swanson, who has been Hancher’s director since 2002, will retire after almost 40 years with the theater. 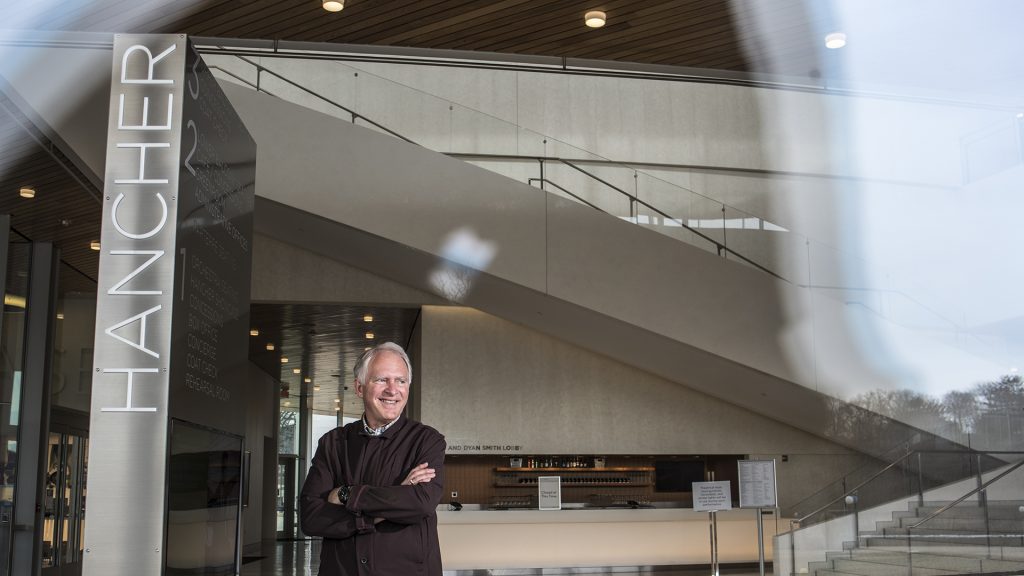 After almost two decades acting as Hancher Auditorium’s executive director, Chuck Swanson is retiring from the position. In an email sent the morning of Feb. 1, Swanson addressed Hancher Partners members in a video message and announced his retirement plans so far.

While an exact date for Swanson’s retirement has not yet been set, a message from Hancher announced the executive director will officially step away from the role this summer.

Swanson, who has been with the theater for almost 40 years, became the theater’s executive director in 2002 after serving as its business manager since 1985.

As executive director, Swanson led the establishment through many notable events over the past 20 years, including the 2008 flood and its destruction, as well as Hancher’s subsequent reopening in 2016. During COVID-19, he led Hancher through its majorly online transition at the very start of the pandemic.

In the video, recorded in his home in front of a wall of photos of his Hancher-related experiences, Swanson recounted several memorable moments of his career.

“These memories are so precious, they mean so much,” Swanson said in the video, referring to the wall of photos. “I always love hearing people’s Hancher stories.”

RELATED: ‘Chuck’ Swanson: Quintessential cheerleader for Hancher and the arts

Swanson went on to express his gratitude toward Hancher’s sponsors as well as its audience members, especially during the tumultuous time after the theater’s funding cuts in July 2020, which would eventually see the $1.5 million General Education Fund cut to zero by the theater’s 50th anniversary season during the 2022-2023 year.

Swanson said he is ultimately retiring so that someone new can help Hancher reinvent itself, although it will not be an easy challenge. He did not name any potential candidates.

“I really feel that the best decision is for fresh eyes to take a look at what is needed in order for Hancher to continue being a leading presenter, along with facing this new budget situation,” Swanson said.

Although there is not a set date for his retirement yet, Swanson has planned a farewell trip to New York for Hancher Partners in June. His final message within the video expressed his appreciation for Hancher, its partners, and its audiences from over the years.

“I just want to say it’s been a great ride, because of all of you,” Swanson said. “I love you all very much, and can’t thank you enough.”