Opinion | Need a radio station to listen to? Try KRUI

The University of Iowa’s radio station offers both a journalistic and creative outlet for students. 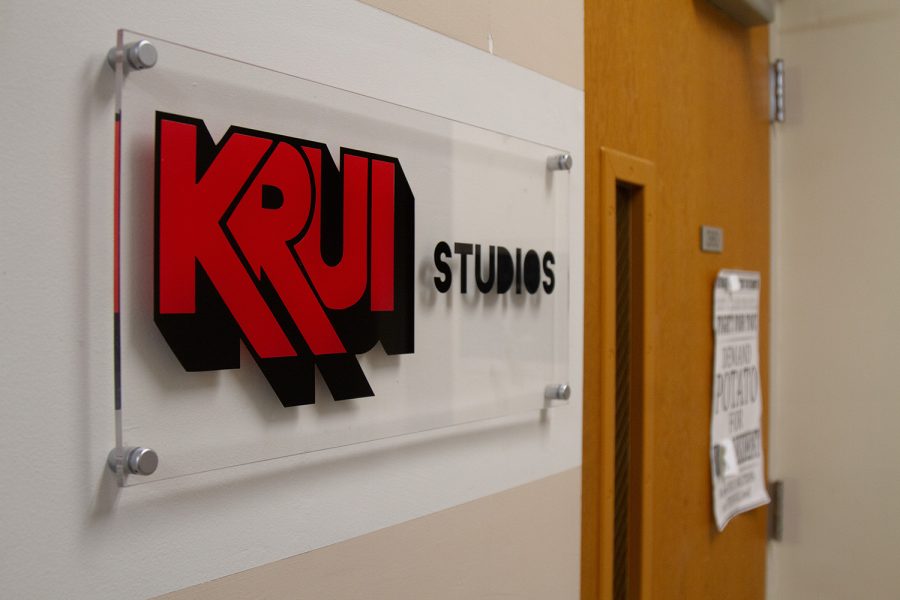 A KRUI sign is seen in the Iowa Memorial Union at the University of Iowa in Iowa City on Monday, Jan. 31, 2022.

Due to a very bad case of homesickness, I spent most of my freshman year trying anything and everything I could find on campus to see if there was somewhere I belonged. Thanks to my Resident Assistant, I stumbled upon the campus radio: KRUI, 89.7. I fell in love, instantly, despite hating being in front of an audience.

KRUI gave me an opportunity to express myself and my creativity that I did not know existed before. More students should either listen to all the diverse shows we have on campus, or even try creating one of their own while they are on campus.

Before I created my specialty show — Overbooked at 9:30 a.m. on Thursdays — I shadowed other radio shows and worked for an hour in what was called “general rotation.” I had an hour to play music, but only music that fit the certain parameters KRUI had in place.

KRUI is a campus, alternative-themed radio station. A creative rule is that we cannot play any song that has appeared in any top 100 hits list in the last twenty years. We can now play the 90’s, but my joy of pop rock songs will have to wait a little longer. This gave me the opportunity to explore the countless cabinets of CDs the studio contained, along with finding new artists on other streaming services.

Once your shadowing stint is over and you have proven your worth to know the soundboard properly, you are given the choice to develop either your own specialty show, or join one of the main shows — the KRUI News Show at five. The opportunities are endless. You just need an idea that others should hear over the radio.

For example, a now retired show, Rainbow Hour, spent an hour talking about all things LGBTQ+. The show included everything from queer-coding villains, awareness weeks, or the latest news involving an LGBTQ+ actor or athlete. There are many niches to fill on the radio.

As for those who wish to listen instead of perform on the radio waves, there are many benefits to college radio that typical stations do not offer. Because of KRUI’s alternative title, there are new songs played by unknown artists and upcoming hits. There is specifically a page dedicated to submitted works — including student bands.

Many artists had their songs playing on college radio before moving up in the music industry. I remember one of my first spins included Lizzo right before she took off, and I felt a part of something big because I played her music.

Alongside a different array of music, KRUI offers written pieces by students about the music scene. Because of its origins, KRUI focuses on all aspects of their station — including ads — for Iowa City residents. A major benefit is that it gives students an opportunity to test out their broadcasting skills before they move through life and other careers —including KRUI alum Diablo Cody, who won an Oscar for writing the screenplay for Juno.

So please, give the radio a chance, whether as a listener or a contributor. Radio is not dying. Not now, not ever. It just needs a little love from creative students.