On Monday, Johnson County Attorney Janet Lyness announced she will not seek re-election at the end of her term. Her term expires at the end of 2022. 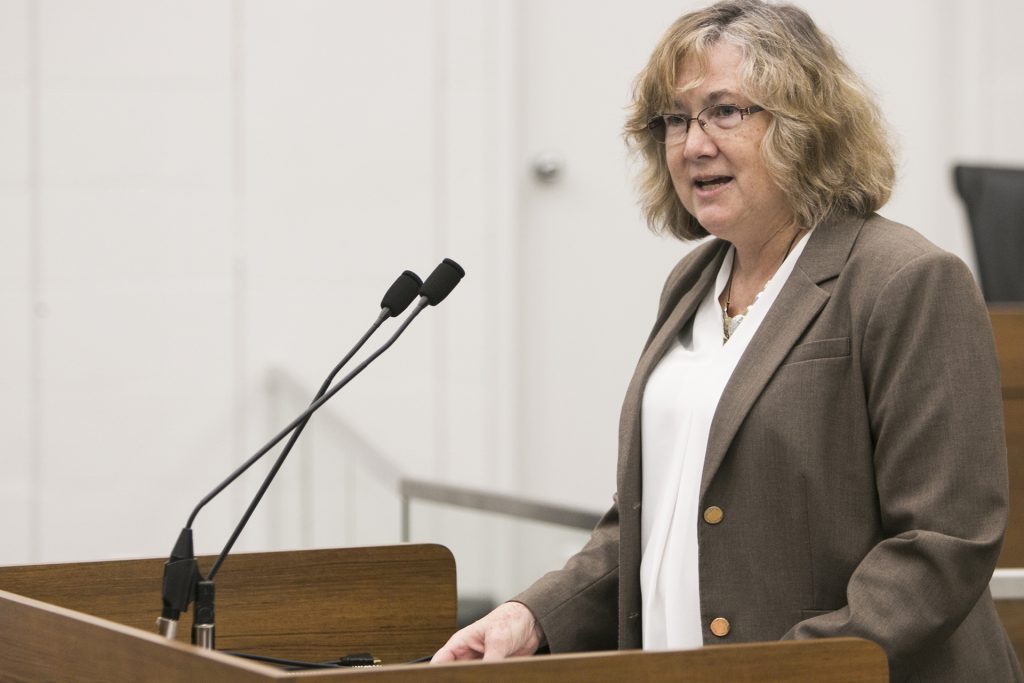 Johnson County Attorney Janet Lyness announced Monday she will not run for reelection. Lyness is in the final year of her four-year term which ends Dec. 31.

Lyness was first elected in 2006 and was the first woman to be elected as the Johnson County Attorney. Lyness has been consistently reelected ever since in 2010, 2014, and 2018.

Lyness said in a press release that she is proud of the work her office has done. The Johnson County Attorney is the chief law enforcement officer and prosecutor for the county.

“Representing the people of Johnson County as County Attorney has been an honor and a privilege,” Lyness said in a press release. “I am proud of the work my office has done and the programs we have developed while I have been County Attorney.”

Throughout Lyness’s tenure, she has collaborated with many victim advocacy programs organizations like the Rape Victim Advocacy Program, the Domestic Violence Intervention Program, NISAA African Family Services, Monsoon Asians and Pacific Islanders in Solidarity, and the United Action for Youth.

The work she completed with these organizations led to the education and development of new programs like the Domestic Violence Open Hours and the implementation of a domestic abuse assessment tool for law enforcement and the judiciary, the release said.

Lyness’ work led to the creation of the Marijuana Diversion Program, a drug treatment court, and the development of the GuideLink Center, the release said.

“My office has accomplished many things during my four terms, holding violent offenders accountable while addressing problems we saw in the criminal justice system,” Lyness said in a press release. “There is more I hope to implement in the next year before the end of my term, especially in the area of decreasing gun violence.”