The Lumineers’ newest album ‘Brightside’ will brighten your week

The Lumineers released their album ‘Brightside’ on Jan. 14 — here are the songs you can’t afford to overlook. 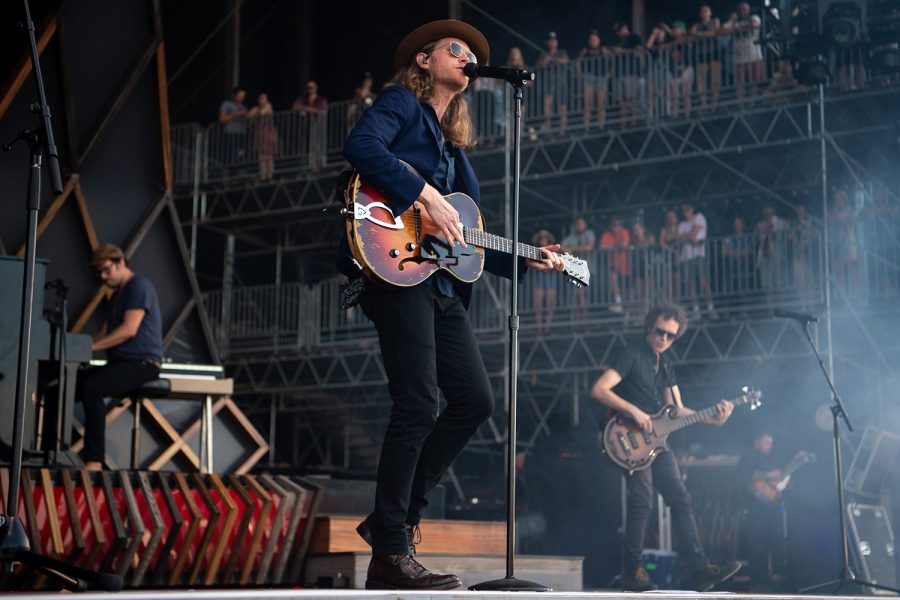 The Lumineers, best known for their platinum song “Ho Hey”, have a remarkably unique sound. Their haunting lyrics paired with lively instrumentals make their music feel like a campfire song — littered with insight and depth.

The band’s newest album, Brightside, released fully on Jan. 14, is consistent with the sound that’s come to be associated with and expected from The Lumineers. Despite its name and the many lyrics that attempt to be positive, the happiest interpretation of this album is bittersweet. Each song provides a new perspective on a life experience, with nuggets of wisdom sown throughout the lyrics.

There is, admittedly, a lack of lyrical diversity in most songs that I initially wrote off as the consequence of lazy writing. However, the more I listened to this album, the more I remembered that The Lumineers don’t write listlessly and that every lyric is purposeful in its repetition.

The song that kicks off the album shares its name: “Brightside.” This song seems to be named and created directly to contrast “The Dark Side of the Moon” by Pink Floyd, due to the reference in the lyrics: “You were listening to ‘The Dark Side Of The Moon.’”

Like the rest of the album, “Brightside” sounds like a person struggling with depression trying incredibly hard to be positive — which makes it heartbreaking and haunting. The tone introduced by this song stays consistent and is built upon over the course of the album. Furthermore, “Brightside’s” reprise perfectly reflects the initial song, and ties the album together. I’ll touch on that in a moment.

The next song that stuck out to me was “Big Shot.” It is straightforward and satisfying lyrically, as almost all of the song is focused on what it takes to be a “Big Shot,” with the exception of one lyric that is not cohesive with the rest.

However, it provides a whole new level of depth when the Lumineers sing, almost as an after-thought: “You wanna be the only son we love, after all.” This is a reference to a dark home life the Lumineers make no effort to elaborate on, but slipping that one lyric in gives the song so much more depth and heart. Coupled with a haunting guitar strumming, the effect is gripping.

“Where We Are” is a subtle but terrifying song. I had to listen to it multiple times to fully grasp the meaning, but I’m glad I did. The song opens with the lyric: “Where we are, I don’t know where we are, but it will be okay,” which is disorientating in itself.

But the Lumineers then go on the paint a picture of the scene through their words: driving home on a rainy night when the car went off the road. This added context allows the reader to comprehend the growing desperation in lead singer Wesley Schultz’s voice.

The final song in the album is simply titled “Reprise.” It opens with a beat drop that sets an immediately ominous tone, only to become progressively more optimistic as the song unfurls. However, it’s hard to tell if the Lumineers are being honest or desperate in their optimism about their future. This ambiguity adds tension to the song, which is one of its strongest components.

Brightside is ultimately a testament to all the people trying to find their optimism in life. It is a bittersweet album that provides not only entertainment but an emotional journey, if you allow yourself to be swept away by the lyrics and Schultz’s voice, which I encourage anyone to attempt.