The state Board of Regents voted to end the requirement for standardized testing for admission into regent-governed institutions on Wednesday. 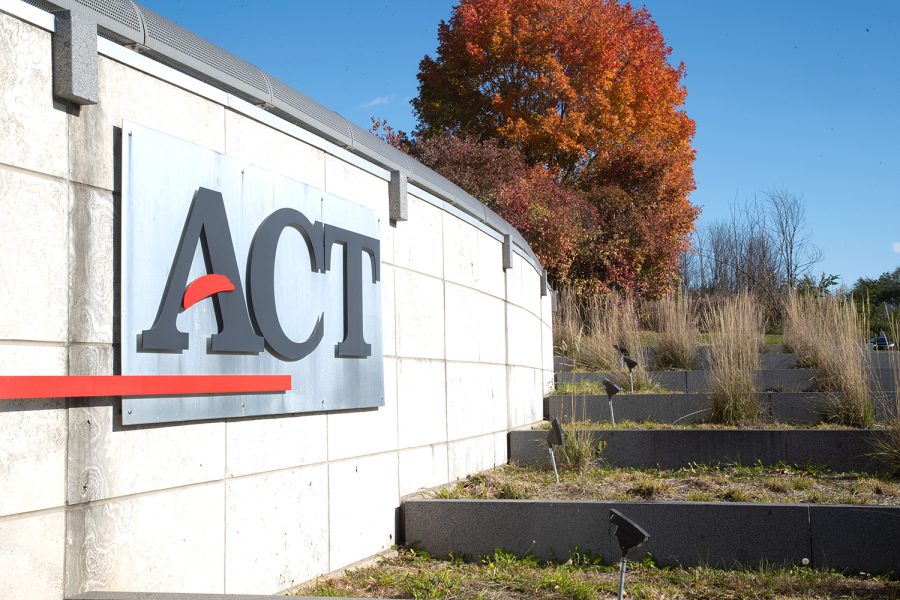 The University of Iowa is now the fourth Big Ten institution to not require standardized testing for undergraduate admission.

The state Board of Regents voted to make standardized testing optional, including the ACT and SAT, for university admission of first-time undergraduates on Wednesday.

Regent-governed institutions currently use the Regent Admission Index (RAI) to calculate admission. Students are automatically admitted with an RAI score of at least 245 based on high school GPA, number of core college prep courses taken, and ACT score.

Rachel Boone, regents chief academic officer, said the new method keeps the existing formula and structure and use of the RAI intact.

“That is going to continue to be the primary pathway for automatic admission of Iowa residents to all three of our institutions,” she told the regents.

Boone said the goal of the change is to allow admissions officers to have the flexibility to make admissions decisions in the absence of an ACT or SAT score. She said the alternative pathway without an ACT score will have individual review of students.

“However, when you put high school GPA and ACT into the [RAI] model, it really doesn’t do very much for predicting whether a student’s going to graduate and earn that degree,” he said.

The Admissions Study Team found that there is uneven access to test preparation programs for students with low-income and rural backgrounds, resulting in differential access to the universities, according to a regent document.

Josh Lehman, regents senior communications director, wrote in an email to The Daily Iowan on Thursday that now that the regents passed the proposed changes, they will be submitted to the Iowa Administrative Rules Review Committee for consideration. He wrote that he does not know when the committee will meet, but the regents will file the proposed change soon.

Many Big Ten and 12 universities have piloted optional policies, and three Big Ten schools have made a permanent change to test-optional admissions, while the rest are continuing a pilot of the policy for additional years while they assess, the regent document said.

Regent David Barker said he reluctantly voted yes on the change of admission policy because he is worried that the decision that many universities are making to de-emphasize standardized testing might be a mistake.

“I think standardized testing has value and it has more value the more students take them,” he said. “In the competitive environment that Rachel was describing, we have to make our decision individually and so in that environment, I think this is probably the only reasonable choice for us to make.”

Correction: In the Jan. 12 version of this article, the Daily Iowan reported that the Iowa Administrative Rules Review Committee found data that urged the regents to pass the proposed changes to standardized testing. However, the Admissions Study Team found the data. The DI regrets the error.