Democrats are correct in pointing out the $210 million in broadband grants given to Iowa providers came from the American Rescue Plan, which Reynolds opposed. 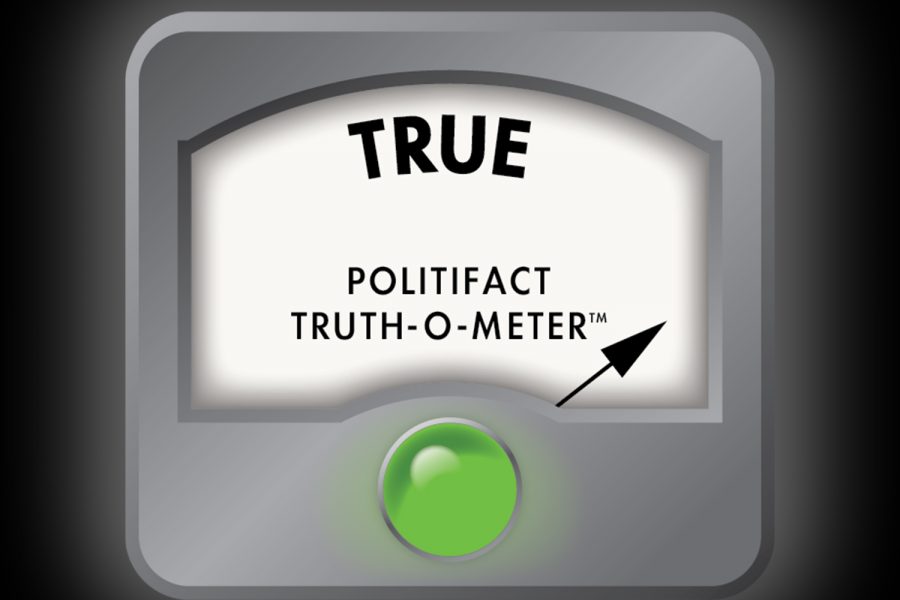 The state awarded $210 million on Jan. 4 as part of the latest round of Empower Rural Iowa broadband grants. Grants totaling $100 million in state money were renewed in a bill signed in April 2021 by Gov. Kim Reynolds, who is vocal about the grant program’s success.
Several Democrats claim on Twitter, Facebook and in other public forums that Reynolds should not take credit for the grants announced in January because funds come from the American Rescue Plan, which she opposed.
The additional $210 million is being used to meet a high number of applicants demanding funds from the program.

More than $210 million was awarded to 160 applicants for new broadband infrastructure in Iowa as part of the state’s Empower Rural Iowa Broadband Grant Program, Iowa Gov. Kim Reynolds announced in a press release on Tuesday, Jan. 4.

“These grants will bring more than $526 million of new broadband infrastructure investment to Iowa, serving over 39,000 homes, schools, and businesses.”

In response, Democrats ranging from state legislators, running for the Legislature and party activists said on Facebook and social media that Reynolds is giving herself credit where credit is not due, and accused her of neglecting to tell Iowans that the grants she was announcing were funded Iowa’s allocation of the American Rescue Plan that, they noted, Reynolds and other Iowa Republicans opposed.

They are correct about Reynolds announcing the grants from a program she opposed, although Iowa has provided some of its own funding for broadband improvements in rural Iowa and Reynolds has made broadband expansion a state priority. When contacted by PolitiFact Iowa, Reynold’s communications director, Alex Murphy, wrote in an email that the entire $210 million in new money was from the American Rescue Plan.

The Empower Rural Iowa Broadband Grant is part of the Empower Rural Iowa initiative, which Reynolds established by an executive order in 2018. In that year, the state allocated $1.3 million to the program. Since 2018, the goals of the grant program have been to reduce the amount of areas in Iowa unserved or underserved by broadband service by providing funds to organizations installing broadband infrastructure.

Reynolds renewed another round of grants on April 28, 2021, after the bill passed unanimously in the Republican-led Legislature earlier that year. Iowa’s state budget allocated $100 million for the program in fiscal 2022, which started July 1, 2021. Reynolds originally had asked for $150 million annually for each of the next three years, but agreed to $100 million, saying she could get federal funds to supplement the remaining cost.

On Oct. 11, after applications were received, Reynolds announced in a press release that due to an overwhelming need and interest in the program, the state would spend about $200 million from American Rescue Plan funding for the program. The state had received 178 applications requesting a total of $300 million in funds.

Democrats were quick to respond in October because Reynolds advocated against the passage of the American Rescue Plan before President Biden signed the bill in March. In February, she had signed a joint statement with 21 other governors opposing the plan. The statement criticized the plan because it allocates funds according to each state’s unemployed population rather than its total population, which Reynolds said punished states that kept unemployment levels low in the pandemic. Iowa’s unemployment rate ranged from 3.6% to 4.1% in 2021.

“A state’s ability to keep businesses open and people employed should not be a penalizing factor when distributing funds. If Congress is going to provide aid to states, it should be on an equitable population basis,” said Reynolds in the press release.

Reynolds was not the only Iowa Republican to advocate against the American Rescue Plan. No Iowa GOP Congress member voted for the plan. The only Iowa congresswoman to vote for it was Democrat U.S. Rep. Cindy Axne.

Beyond the American Rescue Plan, a bipartisan $1.2 billion infrastructure bill that passed Congress and was signed into law in November included $65 billion for broadband improvements nationally. Grassley was the only Republican in Iowa’s congressional delegation to vote with Democrat Rep. Cindy Axne for the plan.

Overall, around $310 million eventually was provided to applicants for broadband infrastructure in Iowa in 2021, nearly triple the original $100 million. 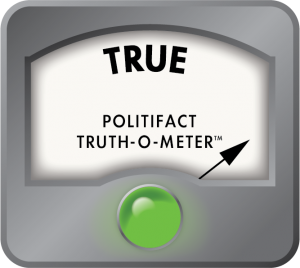 Iowa Senate Democrats said on Facebook on Jan. 5 that Reynolds failed to mention in a Jan. 4 press release that new funding for broadband expansion in Iowa came from the American Rescue Plan that Democrats supported and President Biden signed into law.

A look at the state grant program shows $210 million of the funding announced in January 2022 is from the American Rescue Plan. And, while another $100 million for broadband expansion in Iowa this fiscal year came from a state contribution that Reynolds supported, she declined to identify that the new $210 million in broadband money was from the American Rescue Plan that she opposed.

We rate this claim to be True.

Iowa House File 867, An Act Relating To and Making Appropriations