Illinois women's basketball pulled out of the game because of positive COVID-19 tests within the Illini program. 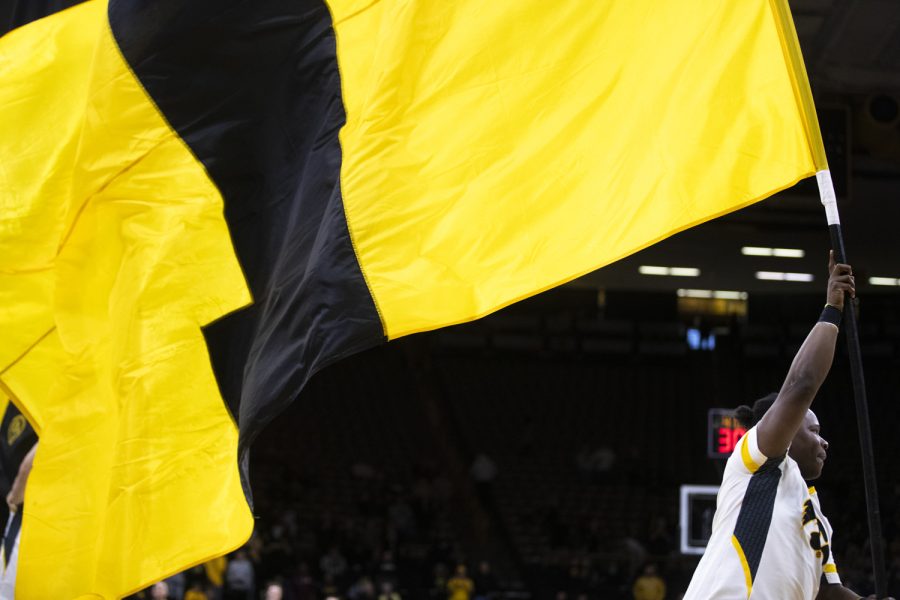 A member of the Iowa spirit squad carries an Iowa flag before a basketball game between Iowa and Southeastern Louisiana at Carver-Hawkeye Arena in Iowa City on Tuesday, Dec. 21, 2021. The Hawkeyes defeated the Lions 93-62.

The Iowa women’s basketball team’s game against Illinois on Jan. 2 has been postponed because of positive COVID-19 tests within the Illini program, according to a release from Hawkeye Athletics.

This is the second straight postponed game for the Hawkeyes, who don’t have any known COVID-19 issues within their program. Iowa’s game against Penn State on Dec. 30 was also postponed because of positive COVID-19 tests in the Nittany Lion program.

Iowa had to cancel three nonconference games in November against Drake, USC, and Seton Hall because of positive COVID-19 tests within the Hawkeye program. Those games will not be rescheduled and are considered no contests.

The Big Ten Conference will try to find a new date for the Iowa-Illinois women’s basketball game. The league updated its forfeiture policy for conference games on Dec. 28, noting that if a team pulls out of a game because of COVID-19 issues, it will not automatically be considered a forfeit.

If Iowa and Illinois can’t reschedule, the game will be considered a no contest, according to the release.

The Hawkeyes will now play next on Jan. 6 at Carver-Hawkeye Arena against Northwestern.