The Daily Iowan spoke with award-winning author and graduate of the Iowa Writers’ Workshop, Nickolas Butler. He discussed his book Godspeed and his writing process. 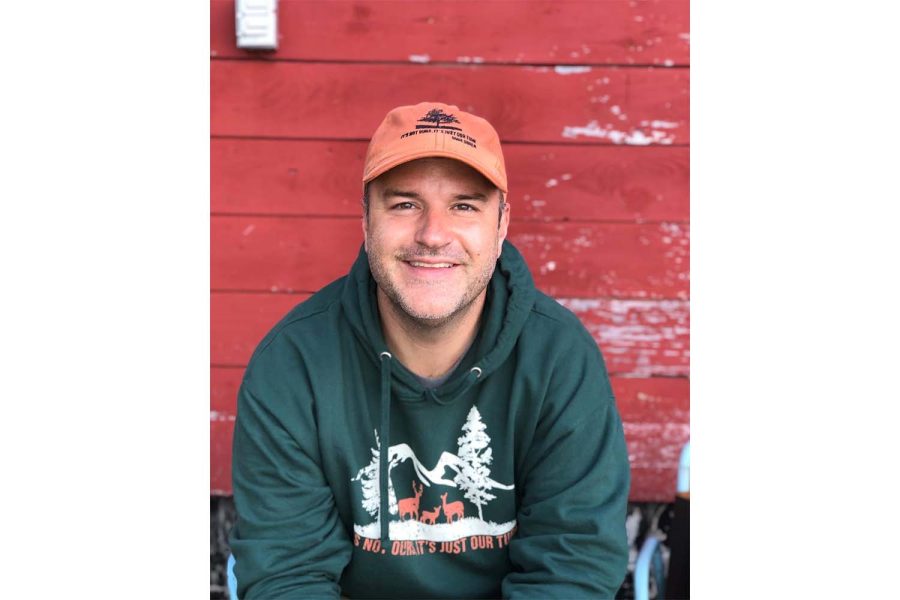 Nickolas Butler attended the University of Wisconsin-Madison as an undergraduate student and the University of Iowa Writers’ Workshop as a graduate student. Butler is also the author of internationally bestselling novel Shotgun Lovesongs and his acclaimed collection of short stories entitled Beneath the Bonfire. He has also won France’s prestigious PAGE Prix America, the 2014 Great Lakes Great Reads Award, the 2014 Midwest Independent Booksellers Award, the 2015 Wisconsin Library Association Literary Award, the 2015 UW-Whitewater Chancellor’s Regional Literary Award, and many other honors.

DI: So, my first question is where did the inspiration for Godspeed come from?

Butler: Back in 2014, we built a house — well, the house where I’m talking to you from in South Voeckler, Wisconsin — and after the house was done, a family friend of mine came over to kind of look the house over, and he started talking about this project that he was working on. Not so far away from where I live, he was working on a multi-million-dollar house, and he and the other guys sort of slipped behind on whatever perceived deadline there was. And the homeowner got everybody together and offered each guy on the crew a $15,000 bonus if they get the house finished in the next three weeks. And he said to me, my friend said, ‘Nick, if we had all the meth in the world, we couldn’t finish the house in three weeks.’ And I thought, that sounds like a really good idea for a book, but for some reason I couldn’t figure out how to place it, how to set it in Wisconsin. And it wasn’t until years later when my family and I took a trip out to Yellowstone and then came through Jackson that the setting sort of crystallized for me.

I was pretty naive about Jackson, and I read about it, and I thought to myself like, ‘You know? I didn’t want to live in Eau Claire.’ This seems like kind of a quaint ski village to be in and then I looked at the real estate values and they’re astronomical. You can’t be like a normal person and live in Jackson very easily. So that was influential too. And then we actually spent three, four days camping in the Bridger Teton National Forest, so we could be close to natural springs and natural hot springs, and so then I was actually sitting in the springs everyday looking out over the landscape thinking this, this is where the stories set.

So, I started asking myself like, what if it’s not a $2 million house? What if it’s $20 million house outside of Jackson? What if instead of $15,000 It’s a quarter-million-dollar bonus and what if instead of saying no to that crazy scheme, what if the guys were like ‘Yeah, let’s do it.’ And then what if they slip behind and have to start using meth to stay up all night long?

DI: What message does your story convey?

Butler: I don’t worry a whole lot about the messages. I mean, I think I’m a little bit worried about the fact that in a lot of communities around the country, it’s becoming increasingly hard for middle class people to live where they are accustomed to living. They’re being priced out by super wealthy folks. I guess I’m concerned about what I see in the world of Instagram or social media where people think that material goods are going to make them happy, and then it’s not. I guess I worry about losing the natural world — if we can all just build a house in beautiful places, otherwise, there will be no beautiful places left.

DI: How would you say that writing this novel has challenged you to grow as an author?

Butler: I wrote it very quickly. I wrote it in a matter of five months. I tried to kind of put myself on the same deadline as the characters in the book, and that was not easy. I’ve never written a thriller before. So, I was excited to kind of take on that challenge.

Yeah, I’ve never wanted to repeat myself with you know, doing the same project every time. There’s a lot of writers that kind of seem to have a formula and follow it and I’ve been fortunate to not do that. So yeah, there were a number of challenges.

DI: Was it the story your friend told you that inspired you, or was there a different reason you decided you wanted to go in the direction of a thriller?

Butler: Well, I love reading thrillers, so it’s a genre that I love, and I would never disparage. I really love a good literary thriller, where you know, a book like *Deliverance* or *A Simple Plan* or I’m trying to think of some other titles, but I like a literary thriller because I don’t think they necessarily try to tie everything up super neatly at the end.

DI: What would you say are some strengths of the thriller genre?

Butler: Well, I mean, I think a lot of thriller writers sort of still have a contract with their reader. You know, they care about the reader turning pages. They don’t want to read a boring book. What would be worse than reading a boring thriller, you know, and that’s something that I respect. I mean, I mostly write literary fiction, but I do think it’s important to not have to write for a reader or care about what your readers think, but to not be like, so selfish that you’re reading a boring book.

DI: Alright, so I guess that goes with my next question. What makes this novel stand out from your other works?

Butler: Well, it’s a hell of a lot darker, I think. I mean, my other books don’t have any meth use, so there’s that. I think, like all my books, it’s concerned with friendship, and small-town blue-collar people. But unlike my other books, I think the plot is a bigger concern in this, you know — some of my other books are a little bit plotless. Well, they’re not plotless, but they care more about character than plot, and this one definitely values plot more than more than character.

DI: So, to end off, final question. It’s kind of a fun one. Are there any characters that you see yourself in?

Butler: Well, I mean, I think there’s a little bit of Gretchen in me. When we built our house here in Wisconsin, I sort of naively thought that the next day after I moved into the house and after it was finished, I was somehow going to be a happier, more complete human being, and surprise, you know, you’re the same person. You’ve just spent a lot of money building a house. And I think Gretchen is trying to find a way to get back to her childhood and get back to the memories that she values the most. But she’s ultimately not super successful with that.