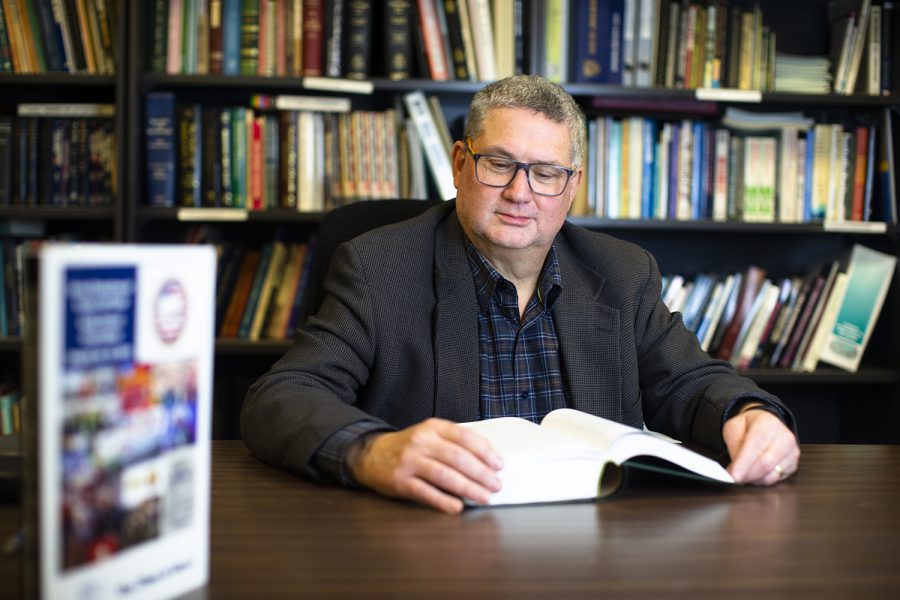 The Iowa City Social Justice and Racial Equity grant is providing local organizations, such as the Food Pantry at Iowa and the University of Iowa Labor Center, with opportunities to diversify their impact on the community.

The grant is available to Iowa City-based nonprofit and for-profit organizations tasked with empowering and engaging in social justice and racial equity initiatives that encourage the elimination of inequities in the community. Preference goes to organizations that address education, housing, criminal justice, building community, health, and employment.

Applications for the annual Social Justice and Racial Equity grant have opened for fiscal 2022 and must be submitted before Jan. 8, 2022. Those applying must answer several questions about their organization and provide a proposal and timeline for using the grant funds if they are selected.

According to the city’s website, a grant of $75,000 total has been approved by the Iowa City City Council for fiscal 2022 and will be split among the recipients. Last year, five organizations received full funding from the grant, with a sixth organization receiving partial funding.

“Before the grant period, we were purchasing a small, very limited amount from local stores each week, but we can now purchase a lot more,” Henry wrote. “Plus, we’re able to use the funds to purchase different foods to try out in the pantry, versus having to stick to a set list every week.”

Henry wrote that she hopes the increase in culturally diverse foods, outside of traditionally American foods, in the pantry has allowed the diverse communities of people present at the UI and Iowa City to feel a better sense of belonging in the community.

The Johnson County Affordable Housing Coalition, a member-driven organization focusing on making fair and stable housing accessible and affordable to Johnson County residents, has received two grants in the past, said Sara Barron, executive director of the organization.

“Both times we’ve received the grant, it’s given us an opportunity to expand our outreach to the community to improve our social justice and racial equity practices, and to take on projects that we wouldn’t have been able to achieve otherwise,” Barron said.

The most recent grant the coalition received allowed it to host educational outreach events to share space with neighborhoods in need of affordable housing opportunities, Barron said. This allowed the group to form strategies that would center community voices in housing decisions within Iowa City.

“It helps us to understand better ways to reach people with the support that’s available, and also what supports are missing so that we can ensure that everyone has a safe and stable place to call home,” Barron said.

The Sankofa Outreach Connection and the Black Lives Matter at School-Iowa collaborated to receive one of the grants to fund the Ethnic Studies Leadership Academy, a program for Black girls in Iowa City to cultivate leadership skills, practice community activism, and learn about equity through Black historical figures, said Lisa Covington, director of the Ethnic Studies Leadership Academy.

The grant will allow the program to expand its Black History Saturday school initiative, hosted by Black Lives Matter at School-Iowa, to a weekly program for young women in the community.

Iowa Gov. Kim Reynolds signed House File 802 into law in June, prohibiting the teaching of “divisive topics,” including the idea that the U.S. is systemically racist, or the idea that an individual race or sex is inherently racist, sexist, or oppressive. Reynolds touted the law as a ban on critical race theory.

“This program is actually countering this legislation that says what we can’t teach, because everything that is considered a divisive concept is actually part of our curriculum,” Covington said.

The program will kick off in early 2022 as a community response to the Iowa City Community School District’s student demands to require an ethnic studies course in schools, Covington said.

“Teaching the truth and teaching ethnic=studies and Black studies really allows for us to think about how we are teaching accurate history to young people specifically,” Covington said.

Paul Iverson, UI Labor Center coordinator of the Quality Pre-apprenticeship Program, said within the time of receiving the grants, the program has provided support for 26 pre-apprentices from Iowa City, 13 of whom have been first-generation immigrants, as well as two who identify as Hispanic, and 20 as Black.

For those who chose not to pursue building trades after graduating from the program, Iverson said they have gotten better jobs because of the education and certificates they received through the UI’s program.

“It’s been vital in helping us to recruit and to provide education and support to Iowa City area people trying to get into the building and construction trades and to diversify the pool of people that we can provide our services to,” Iverson said.